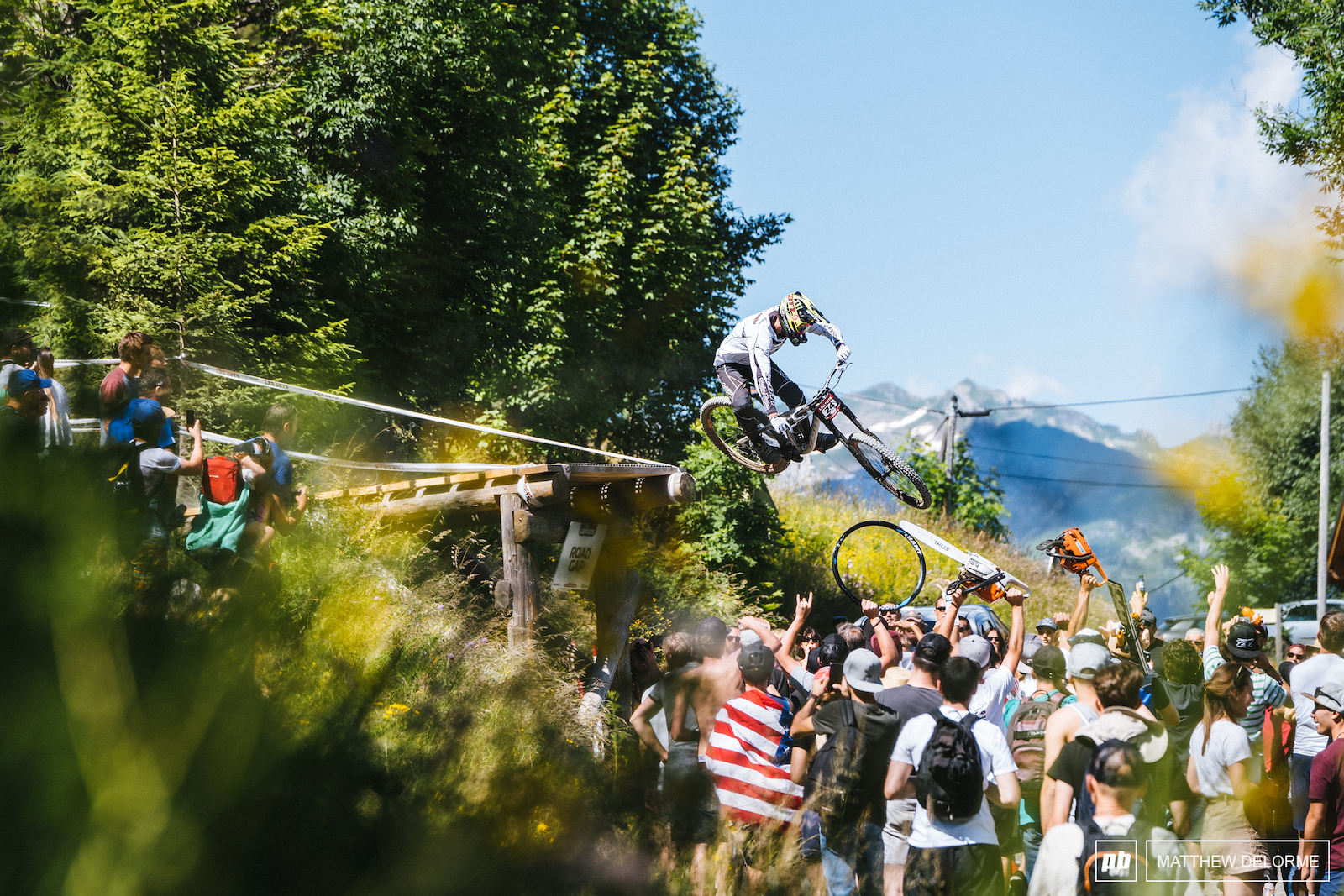 PINKBIKE PREDICTIONS
Les Gets World Cup DH 2019
Wild speculations by James Smurthwaite
It's time to consult the Pinkbike crystal ball as we head into the second half of the downhill World Cup season. 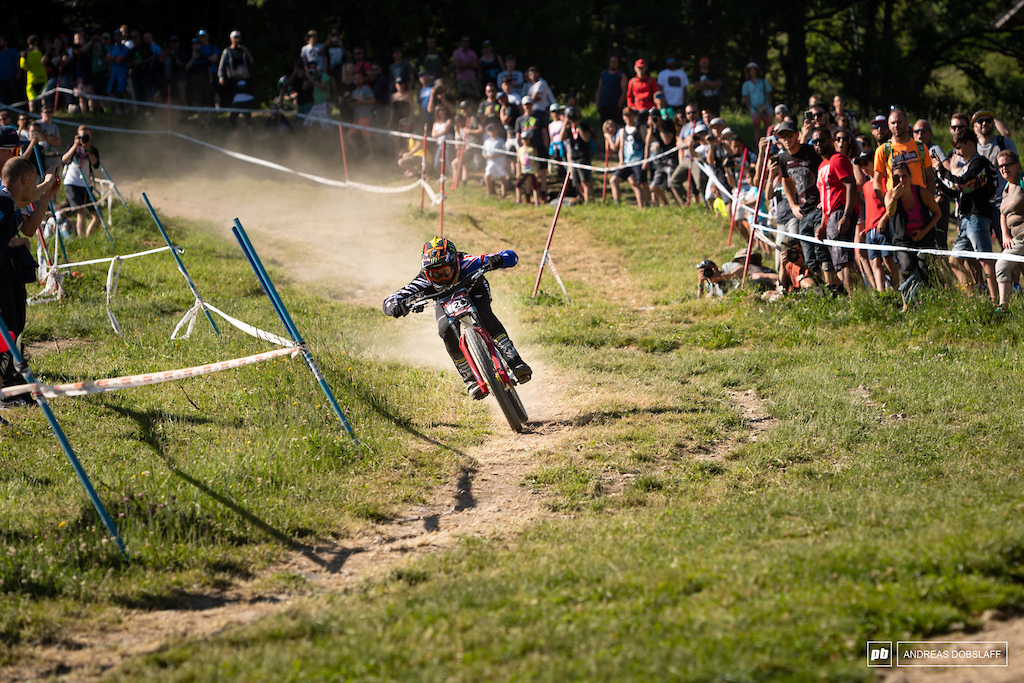 Brosnan is the only rider to ever go under three minutes on this track and has put nearly a second into the field the previous two times he has raced here. If it's dry, dusty and flat out, it won't be too dissimilar to Aussie conditions so he should feel well at home on the slopes of Mont Chery. Brosnan has been on fire all season and alongside Danny Hart is one of only two riders to have been on the podium at every round so far this year. It has now been more than two years since Brosnan won a World Cup but I think he could steal the Frenchies' thunder and change that in Les Gets. 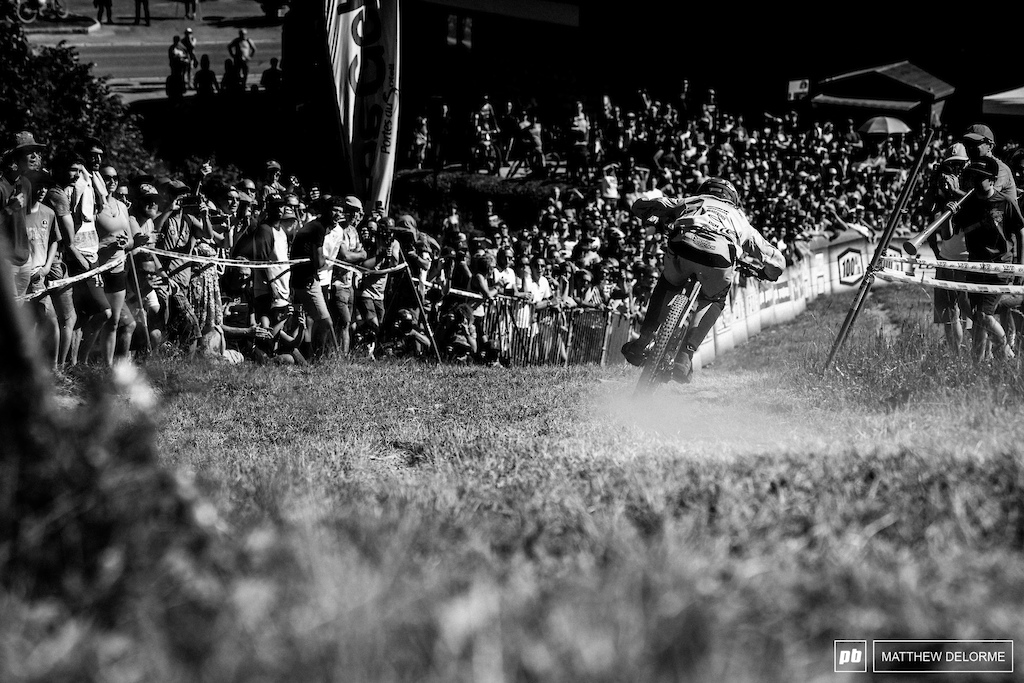 The closest terrain we've had so far this year to the grassy turns of Les Gets has been the final sector of the Vallnord track last week. Pierron won that split by nearly a second, marking himself out as a clear favourite here. Pierron will also have the support of a French crowd who will be desperate for a home rider to win on the weekend of Bastille Day. 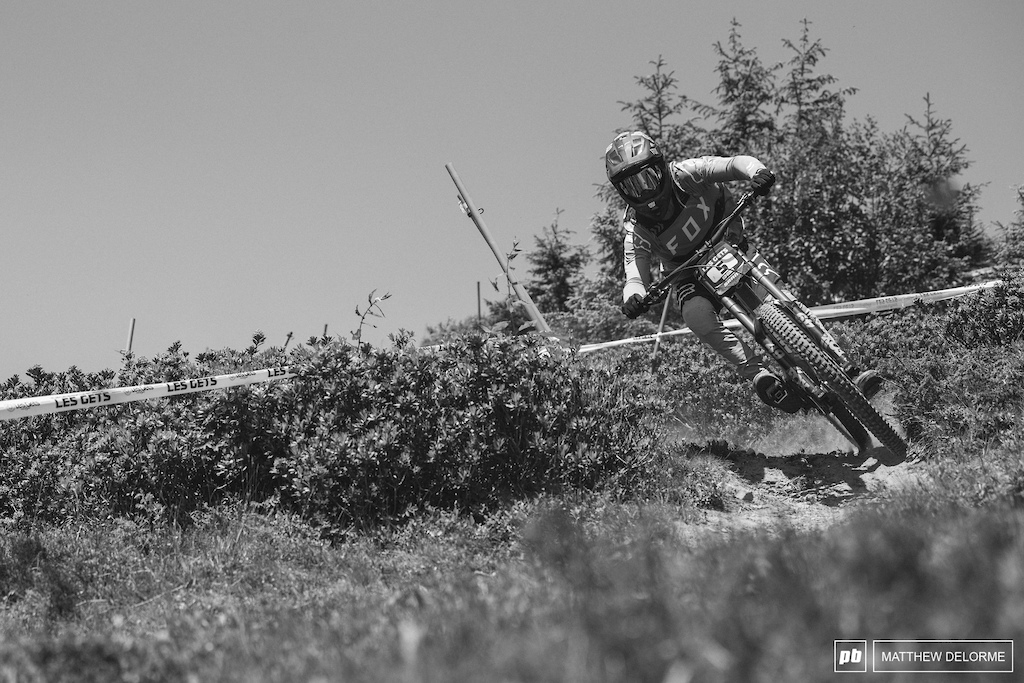 With Vergier on such good pace through the woods in Vallnord, it's really hard to not back him for a high finish in Les Gets. The young Frenchman also has a strong history here, finishing second in 2017 and third in 2018 on this very track. 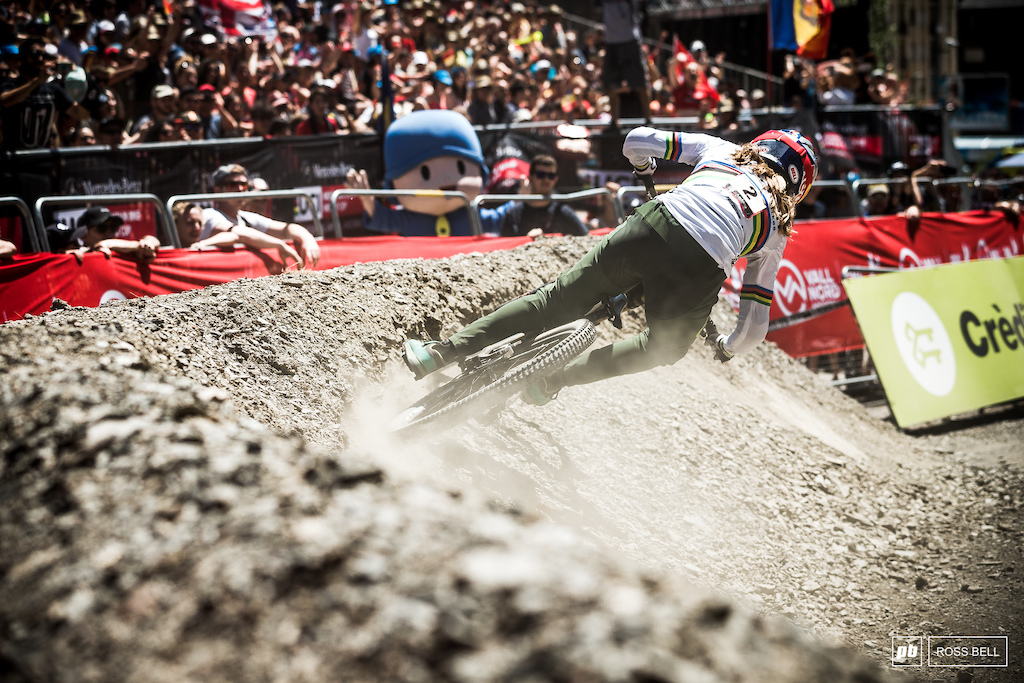 Rachel seems to be on a tear this year again this year and has really gelled quickly with the new Atherton Bike. Rachel made a rare Crankworx appearance here last year and took the win here by more than three seconds with a time fast enough to take some decent scalps from the men's race too. Rachel will be hoping to reclaim the leader's jersey she gave away Leogang here in Les Gets and a win will be the best way to do just that. 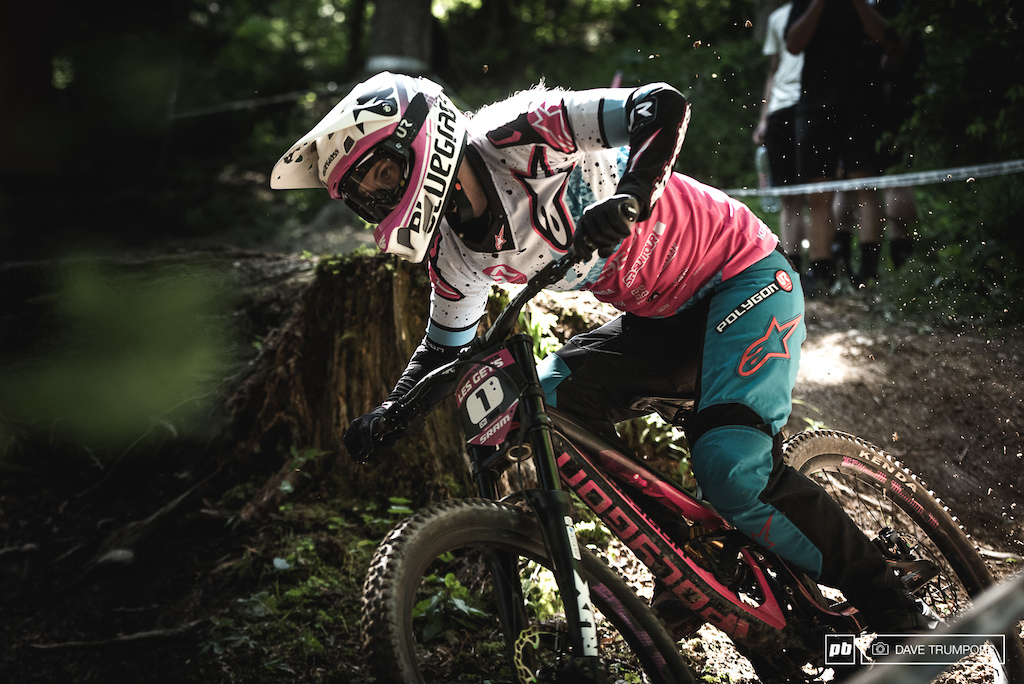 Tracey Hannah has been a dominant force in the Crankworx downhill events having won 8 out of the last 9 she's started in but she's never been able to bring it to Les Gets as much as the other venues. She hasn't tasted victory here in three attempts and was beaten by a different woman each time. She still holds the leader's jersey in the World Cup though and will have plenty of motivation to cling on to it with a good result. 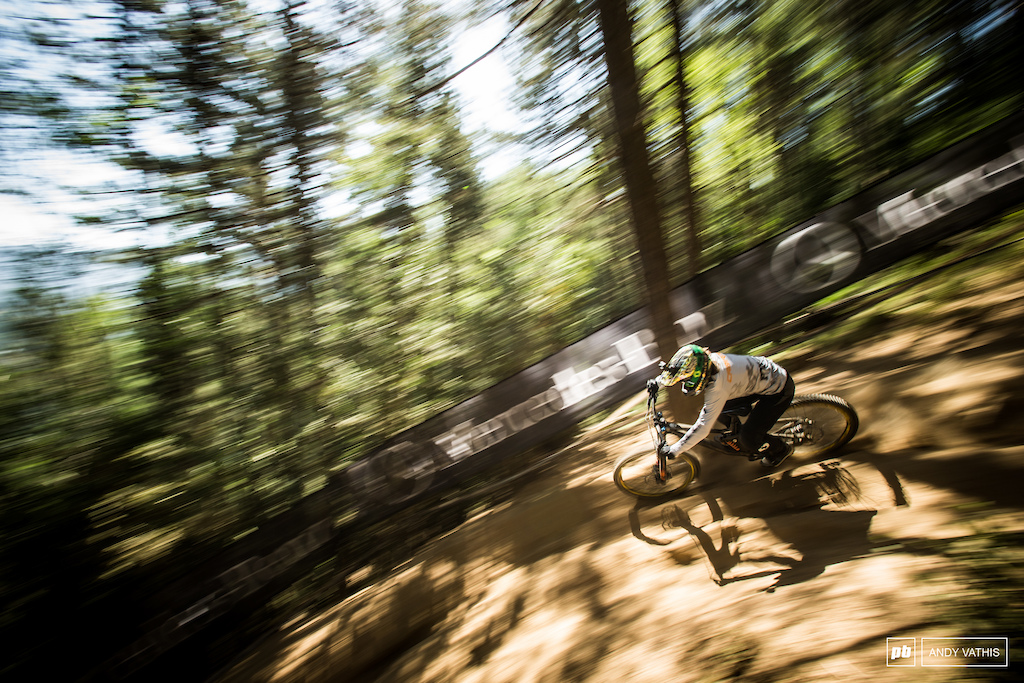 Marine Cabirou earned her best-ever World Cup result with a second in Vallnord but there's no doubt she's at her best when tracks get steep and tech. Les Gets is a different beast entirely to Vallnord with flat out, fast corners and high speeds that won't necessarily play to Cabirou's strengths. She'll no doubt be pushing hard for a win on home soil but I think she'll just be pipped by Hannah and Atherton. 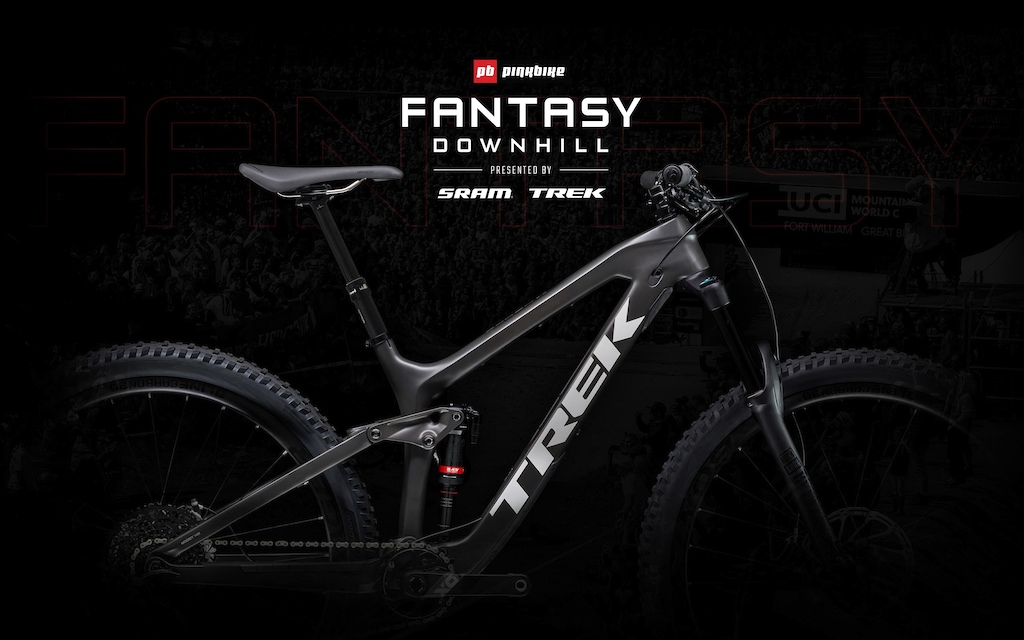 Don't forget to complete your DH Fantasy team before qualifying starts.
The Fantasy Downhill League is Presented by Trek and SRAM.

Regions in Article
Les Gets

ratedgg13 (Jul 10, 2019 at 13:40)
Bah, I'm betting the Goat will show up the young'ns with his experience on the corners, and Nina's been on a heater of a season. Down with pinkbike predictions!

onemanarmy (Jul 10, 2019 at 17:23)
That'd make my weekend for sure. He was pretty quick in the flats at the bottom of the last race. Let just have a Syndicate podium sweep. honestly though... I would not be surprised at all to see a repeat of last year. But Bruni is on fire this year. The French are gonna be pumped for this race. Vergier Bruni Pierron Brosnan Hart

joepax (Jul 10, 2019 at 13:20)
Wooow that's one helluva picture to choose for Brosnan with the guys in the background tucking it in! Haha!

brianpark Mod (Jul 10, 2019 at 13:19)
From the article: "The closest terrain we've had so far this year to the grassy turns of Les Gets has been the final sector of the Vallnord track last week. Pierron won that split by nearly a second, marking himself out as a clear favourite here."

EDIT: I get the logic though

I cry as I sob in the corner.