Phil Atwill has posted an Instagram video of himself jibbing on a new Cube downhill bike. Last year, the Cube Global Squad team were riding on aluminium Two15 HPA 29 frames but this looks to be a carbon front end with a remodeled shape.

The straight tubes of the previous bike are replaced with a swooping frame that looks to have a chunkier headtube junction, lower standover and a remodeled seat tower area. The shock's piggyback is facing backwards towards the seat tube, similar to their aluminium design, but now there's an un-interrupted seat tube all the way to the bottom bracket. The linkage remains a Horst pivot rocker link design but we would guess that modifications have been made to the kinematics as Phil is running a coil shock, whereas he ran an air shock for all of last year. The rear triangle remains aluminum

The last bike was a dedicated 29"/29" bike but we wouldn't be surprised if there isn't at least the option to run this as a mullet set up too... because 2020. 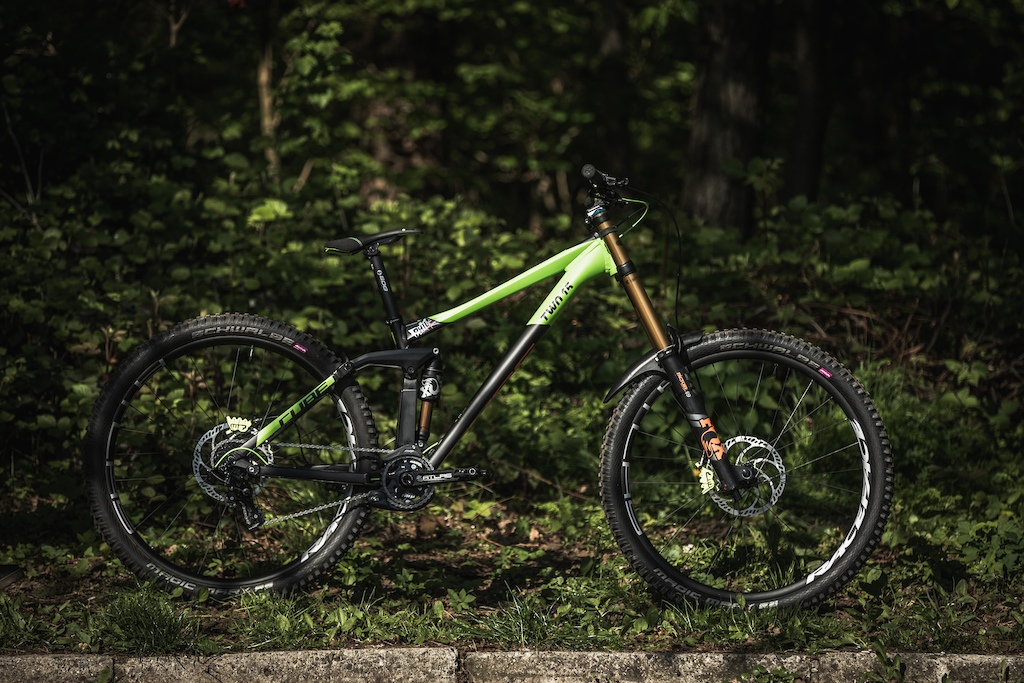 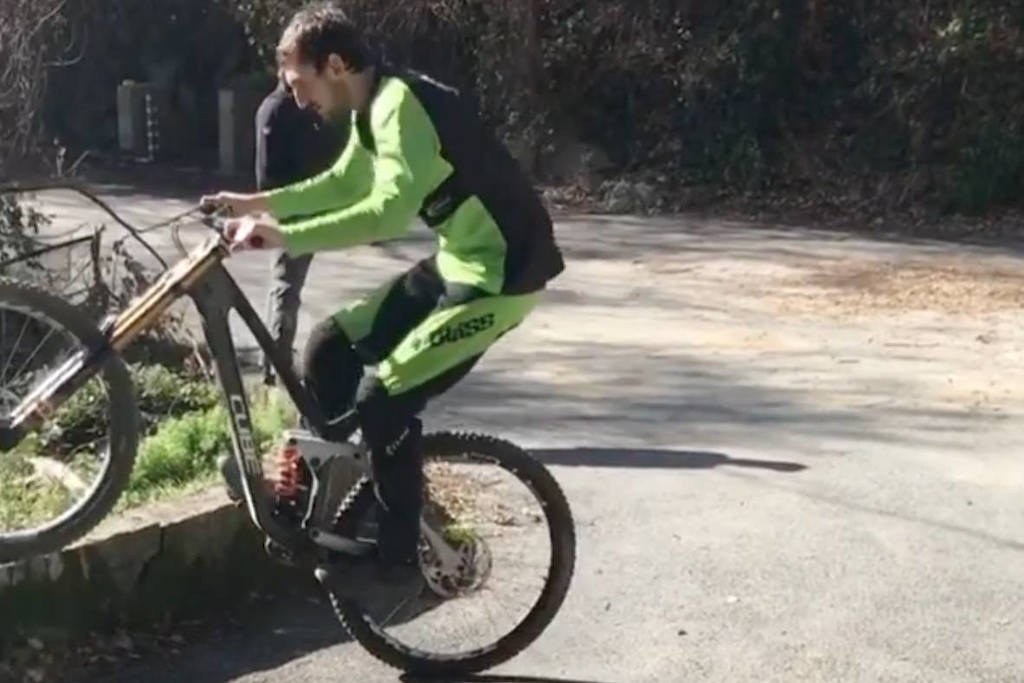 Screenshot from Phil's Instagram
Here are the best screengrabs we could get from the video. 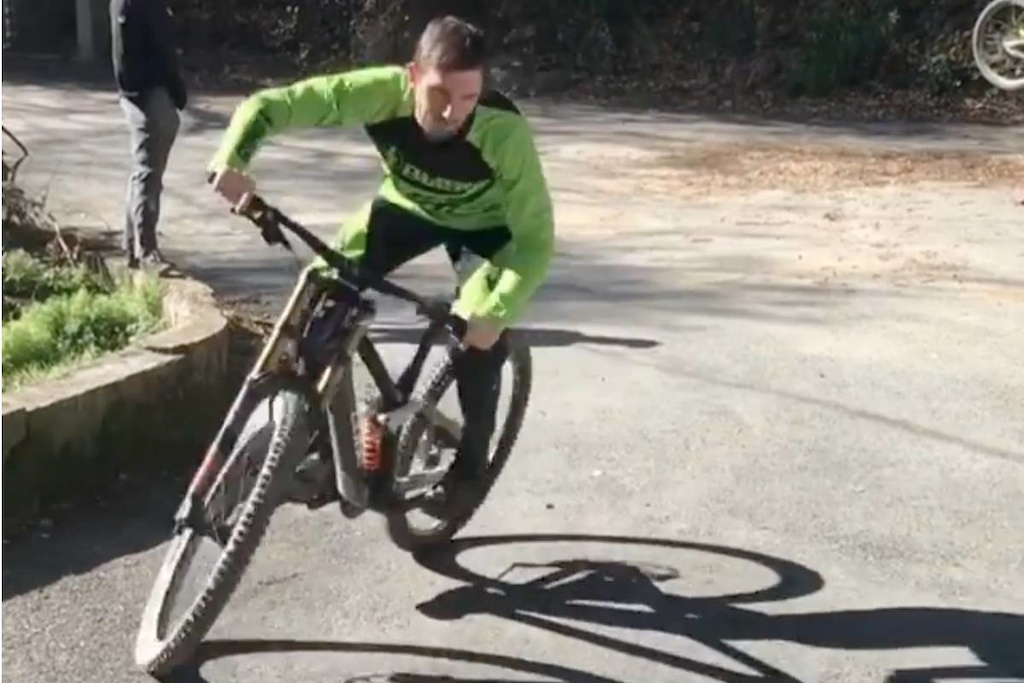 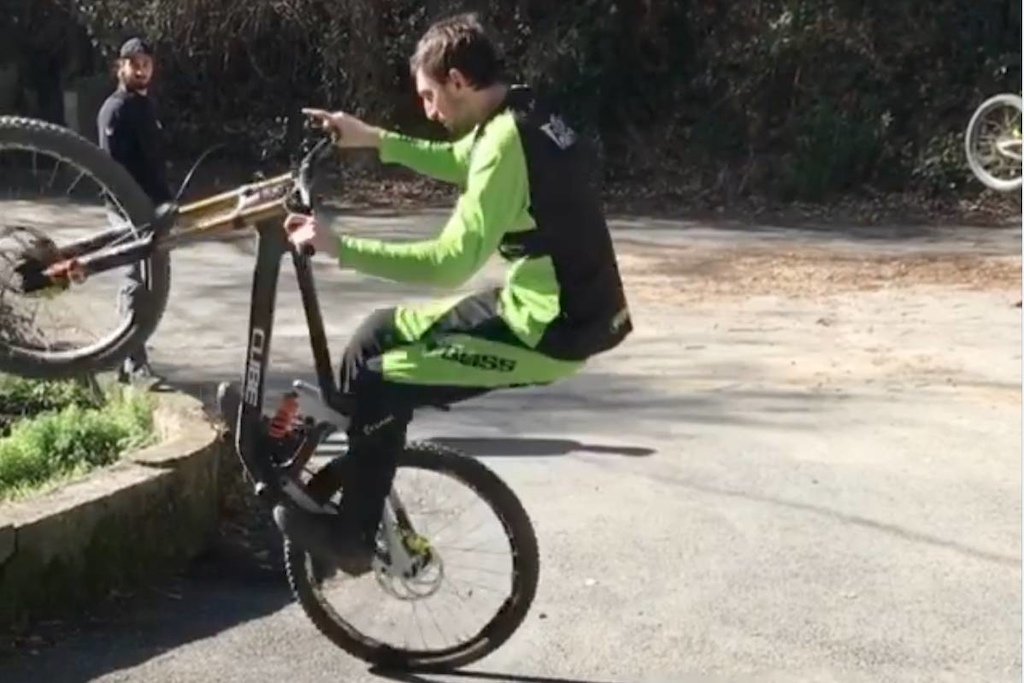 Plus a video posted by the team:

We reached out to Cube for any further information and while they couldn't give us too many specific details, they did say this bike has been in development for more than a year and is built on the knowledge gained in the past 3 years of World Cup racing. The whole team will apparently be racing this bike in Lousa and it should be on sale to the public for next year, although a date is not yet confirmed.

anthobroncos (Feb 19, 2020 at 13:16) (Below Threshold)
Whoops, that was supposed to be an upvote. Pinkbike peanut gallery, plz downvote this out of existence.

Reignrob (Feb 19, 2020 at 6:55)
Always good value cubes but I could never bring myself to buy one as there's something about the looks that I just don't like. I know this one looks familiar to others on the market now but it's definitely looking alot better to me. Hope they nail the geo and price.

brookland27 (Feb 19, 2020 at 7:44)
So bike manufacturers figured out 4 bar is the ideal suspension setup for DH. Good. Let's see who can make the most affordable one work the best.

jaame (Feb 20, 2020 at 12:31) (Below Threshold)
@alexhyland: Those commencal bikes are garbage. Pierron would be winning by seconds if he was on a session.

Reignrob (Feb 21, 2020 at 2:01)
@jaame: strange that most privateer teams choose commencal frames. This isn't a value thing either trust me.

jaame (Feb 21, 2020 at 11:01)
Just messsing around chaps. Obviously that design is better than the session design. Most companies go session because customers think the high pivot design is a bit too wacky to buy, and they want to sell bikes. The more the better.

Wow, the "looks like a trek was ok at first, then was funny and now its dead and gets stabbed again" hahaha.
Minimal changes in pivot locations can change many things. but i get it, when u say it looks similar to the kinematic layout of another brand. who doesn't want to have a working bike?

catweasel (Feb 19, 2020 at 8:25)
Thank God they finally made a bike with some standover, hope they make one big enough for Phil. Would love to see some results from him again, guys a weapon

ppsanchez (Feb 19, 2020 at 9:18)
Saw the testcrew already end of octobre of 2019 in Finale Ligure. They were testing different carbon Layups of the Frame. It was a sleek looking bike. Going to be a nice bike.

TheBearDen (Feb 19, 2020 at 8:57)
The title of this post should have been. CUBE finally admits last DH bike was actual crap and they would like to apologize.

retrobobi (Feb 20, 2020 at 1:40)
every dh bike have the same design now session, fury, gambler, operator,maiden and many others no originality in design .

Recon that this frame looks way nimble/better that its predecessor!