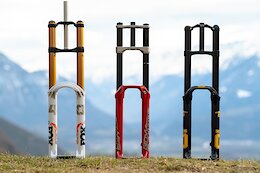 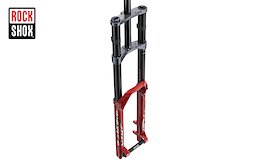 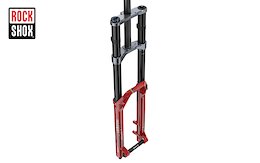 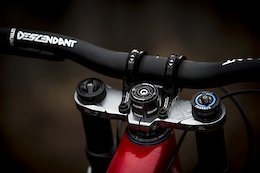 First Look: 2015 BoXXer - Riding RockShox's New Downhill Fork
Everything you need to know about RockShox's new downhill fork, and all the info on their reasonably priced upgrade kits that will turn your old BoXXer into the latest and greatest.
Read More | 199 Comments
Reviews and Tech First Looks RockShox Rockshox Boxxer
Mike Levy    Mar 6, 2012 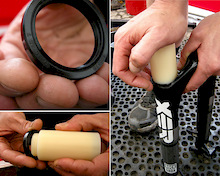 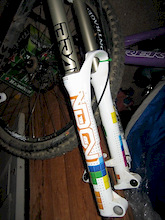 Brandon Semenuk's RockShox Boxxer!
I was just cruising the internet on my lunch break and spotted these beauties at www.blackboxlabs.net and just had to share them with all our readers. 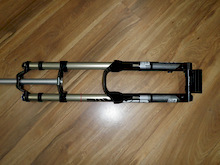 2010 Boxxer - Initial Beat Down
So we got the new 2010 just over a month ago and the first thing we thought we needed to do was to test the S%&t out of them out. So we put a set of the World Cups in the hands of our top rider, Canadian National champ, Drew Mitchell. I figured, if anyone can push them to failure, it's this guy. Most people avoid large boulders on the trails, he seeks out the gnarliest lines possible, just to see if it can be done!

Here is what he has to say about the 2010 World Cup Boxxers. Two Videos inside - check out the Boxxer in ACTION!
Read More | 136 Comments
Reviews and Tech Reviews Forks RockShox Rockshox Boxxer
Tyler Maine    Oct 2, 2008

Interbike 2008 - RockShox Boxxer 2010
The current year is 2008, we're at Interbike to learn about the 2009 products and here is RockShox unveiling their 2010 Boxxer forks. What?! Ya that's right, you've seen the Syndicate, Sam Hill and even Kenny Smith on them already, but soon you too will be able to be rolling on the newest Boxxers.