Zakhar Okunev - Super Happy Sending: This past year I got to send quite a few amazing features. Some features were built by myself, whereas a lot of others were not. A big thank you to all trail builders that create awesome features. In addition, thanks to the people who helped film: @drevisuals, @sickdj17, and Andrew.

Kristyna Havlicka - Hardtail At Trailpark: One day. One hardtail. One talented woman.

Reece Gets Raw: Reece get raw at Skyline Bike Park with Tiltshift Films.

Justin Hoelzl - 2020 Season Edit: Traveling over the US and riding bikes a decent amount, excited for more of that this year.

January-March Freeride: Freeriding clips from the past few months. All the credit for making this video goes to John.

All Bodies On Bikes: Kailey Kornhauser and Marley Blonsky are on a mission - a mission to change the idea that people in larger bodies can't ride bikes. The duo aims to make cycling more inclusive, beyond just inviting people of all sizes to ride bikes, but by changing the entire idea of what it means to be a cyclist — not just on screens, but on trails and in people’s minds.

Kenny Smith Hunts Big Mountain Lines in the Chilean Andes - The Good, The Bad & The Foolhardy: Three veteran mountain-bike adventurers—freerider Kenny Smith, photographer Margus Riga, and journalist Brice Minnigh — head deep into the Chilean Andes in a multi-day search for singletrack, scree chutes, and some elusive, black-powder bowls. Seasoned in the self-styled art of unsupported wilderness bikepacking, the longtime friends adopt a loose expedition plan that leaves plenty of room for spontaneity and shenanigans in a laughter-filled mission that is equal parts spaghetti western, The Three Amigos, and a twisted Stephen King novel.

Next Peak: With no start gate, no finish line, and no tape to keep between, the only peak is the one that lies between you and the next descent. Cinematography: Andre Nutini, Liam Mullany. Edit/Motion Design: Zach Rampen.

Credence Bikes - "3": Clips of the entire Credence family laced together by DJ Clint and Charlie C.

CultCrew - Brandon Begin 2021: Always awesome seeing a rider enjoying BMX and life to the fullest. Brandon does all this with his own style, swagger, and creativity. Truly one for the history books here.

Out There - Alex Olson: Skater, surfer, model, company owner, yogi — Alex can’t be pigeonholed as just one thing. Zoom out to see the whole picture, from 917 back to his home state of CA.

The Lodge Boys: There is nothing stronger than friendships bonded by snowboarding. The countless adventures, epic pow days, chairlift banter and time well spent with your best friends in the mountains are memories that last a lifetime. The Lodge Boys are a perfect example of that. A close group of friends, formed in the misty mountains of the Pacific Northwest. If you ask anybody around they know exactly who these characters are. The pure stoke, high energy, and absolute love of snowboarding is infectious when you're around this crew.

Todo Cambia: What does it mean to be an athlete and live and breathe for your discipline? In search of the most difficult climbing in South America, Facundo Langbehn shows us what it takes to adapt to changing conditions, seasons and disciplines in order to enhance his passion.

We The Power - Official Trailer: A film about the citizen-led community-energy movement in Europe and the visionaries lighting the way.

The Hermit - The True Legend Of The North Pond Hermit: When the news broke that a man had been hiding in the woods of Maine for 27 years, it turned into a media sensation. Overnight, the identity of the legendary 'North Pond Hermit' was disclosed and he became the talk of the town. "The Hermit" is a good-humoured documentary ultimately about the extensive impact made by someone who spent a lifetime trying to erase any hint of his own existence. 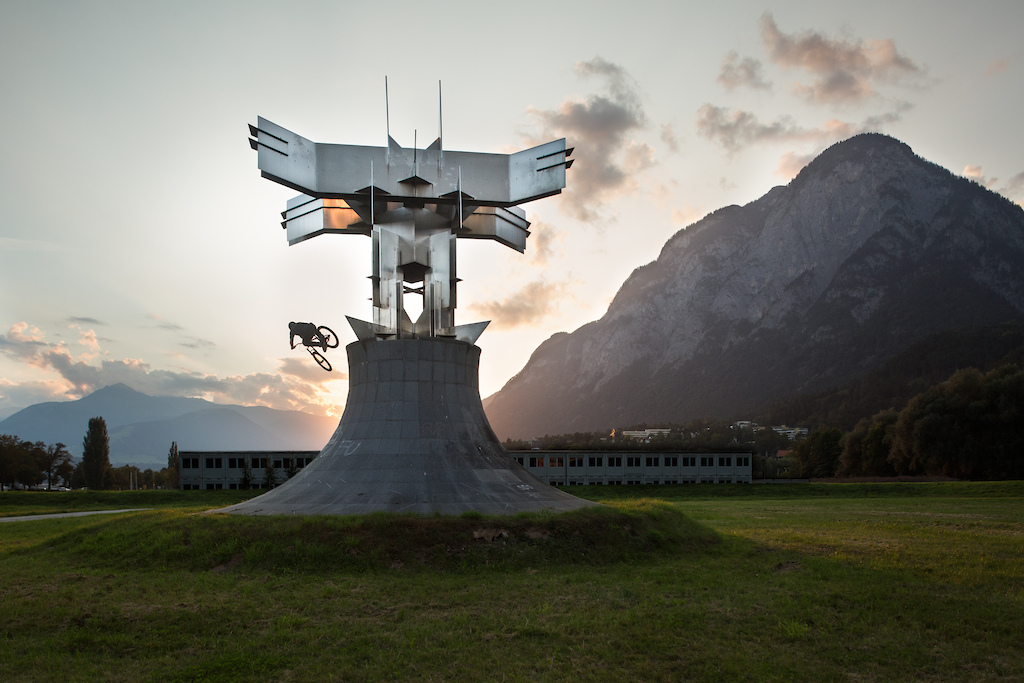 neimbc (Apr 5, 2021 at 5:35)
Kranked 4: The bikes might be better today, but that riding is spot on and they were doing it with those bikes back then. That makes it even more amazing today.

dbxrace (Apr 5, 2021 at 10:33)
Honestly I'm pretty sure the overall skill level of the sport is regressing due to the mix of Trailf*cks/Ambulance chasers/Bike park mentality, Kranked makes a lot of modern segments look like shit.

mammal (Apr 5, 2021 at 10:38)
@dbxrace: I'd say that quality bikes and components have more play in "dumbing down" the skill level of today's riders. You used to have to have a tonne of skill to really rip a mtb back in the day.

AustinsHardtail (Apr 5, 2021 at 12:50)
That thing was probably filmed before I learned how to ride a bike lol. Does anybody know the year it came out?

BenRogers10 (Apr 5, 2021 at 21:10)
@dbxrace: Keep in mind that was the top of the top for that time, if you compare them to todays average advanced rider of course they are going to look better, however if you compare them to todays best, I think you would find that those at the top today are at least the same if not better, while lacking the huck and pray mentality.

iridedj (Apr 6, 2021 at 1:34)
@mammal: Really these bikes were designed to ride this north shore skinny type of riding, super high bb, steep HTA, short reach, short wheelbase. I bet its easier to ride a skinny on one of those bikes rather than a modern enduro bike.

betsie (Apr 6, 2021 at 5:29)
@iridedj: I was thinking the same thing, the modern Enduro bike is ideal for faster trails, flow trails and not the old school gnarr where that long, slack and low could get you in all kinds of trouble.

dbxrace (Apr 6, 2021 at 8:10)
@PRETENDERS: Trailforks, the location of most trails being available has meant that there is this weird mentality now that every trail should be for everyone, and as a result a lot of trails are getting dumbed down.

However, the 'all bodies on bike' one I need to watch and see what they say because I was never aware that anyone thought peeps with more weight than usual couldn't ride bikes. They said "we are on a mission to change this"... but I wasn't aware there was anything to change. One of my friends from College was trying to lose weight (he was over 250 I believe) and he went out, bought a couple of bikes for him and his wife and rode. No one gave him any shit... but maye this is a problem elswhere.

inside-plus (Apr 5, 2021 at 21:56)
I think it's probably more of an issue for overweight people seeing bikes as something not for them because they aren't fit as opposed to anyone specifically saying so.

I also really appreciate you explaining why, some people (not this time though) just downvote and move on without saying why they don't like what I/you/someone wrote.

thatguyzack (Apr 6, 2021 at 14:41)
But shouldn’t this then be a boycott against all clothing manufacturers and not just Pat? At least they are doing everything in their power to make positive change where they can, can’t say this is the case with many apparel manufacturers.

friendlyfoe (Apr 5, 2021 at 15:46)
@barbarosza: Coming from two different perspectives on this one lol. Ski season was rad here. Wasn't quite ready to move on.

raleightheodoresakers (Apr 5, 2021 at 10:20)
@Justin Hoelzl: dude, def recognize some of those trails - noticed a couple clips from Wilton and I think some in Brewster?? Nice edit man, good work.

thetirebeltkid (Apr 6, 2021 at 22:04)
Cervelo needs to answer for giving Andy Anderson a hard time. I place sole blame on them as a company.

BMXJJ327 (Apr 5, 2021 at 12:28)
@thatguyzack: Patagonia uses "slave-type" labor to mass produce it's goods. Poor working conditions and little pay. When confronted about it they just blow it off.

BMXJJ327 (Apr 6, 2021 at 6:48)
@Uncled: Found two pretty quick. There are articles showcasing their restrictions on second tier suppliers (raw goods). But it took them 4 years to implement anything and there are no consequences if they don't comply.

smashdizzle (Apr 6, 2021 at 16:16)
"Poor working conditions and little pay. When confronted about it they just blow it off." @BMXJJ327: in the article you posted it talks about the steps Patagonia is taking to eliminate the issue