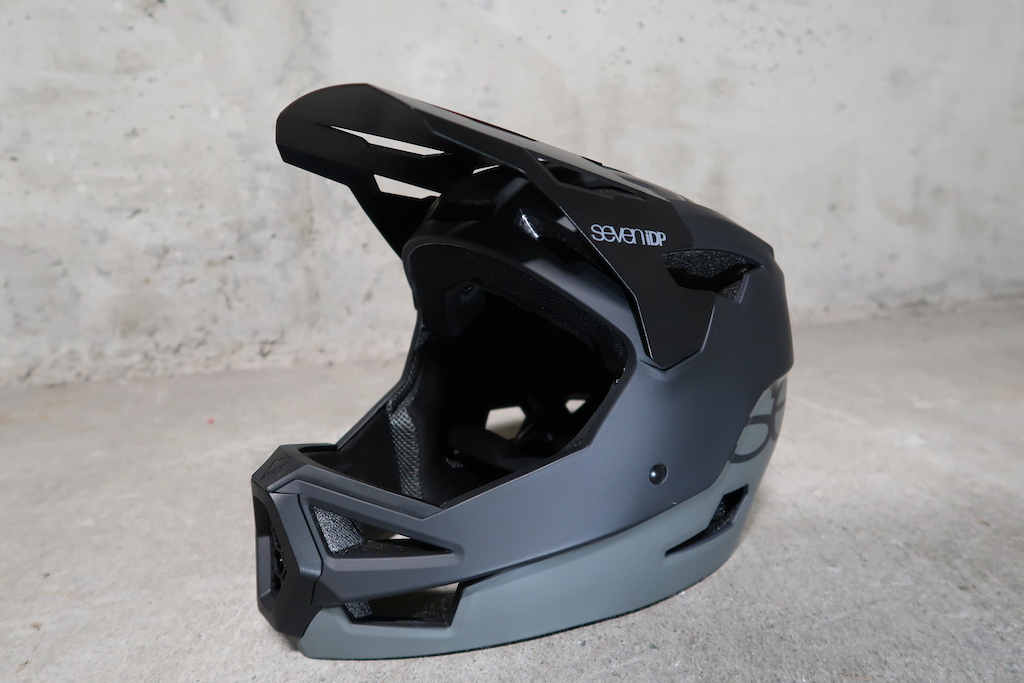 The Project 23 ABS.
Project 23 ABS Helmet
Last year 7iDP released its Project 23 line of lightweight full-face helmets. The helmet, named for its 23 vents, was a premium offering, coming in at between $250 and $350 dollars for the fiberglass and carbon models respectively.

The helmets feature large vents, particularly to the top and front of the helmet. At 922g for a size large carbon, it's reasonably light, too, and 7iDP seems to try and position the model as something that is tailor-made for enduro, without going to the extremes of some brands in terms of low-weight and wobbly chin bars that, if anything, seem merely ornamental. 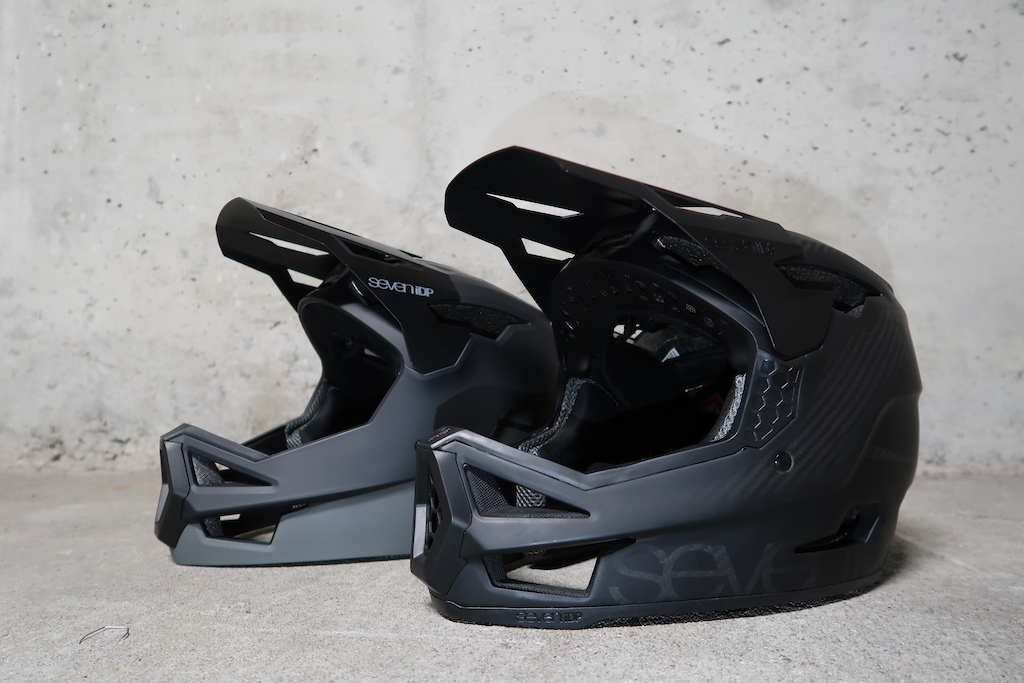 The Project 23 ABS alongside the range-topping Carbon version.
For 2022, 7iDP has announced its new Project 23 ABS model. It's a very similar helmet, only without quite the same level of features.

To the untrained eye, it looks very similar and also boasts huge vents that aim to draw heat away from the rider. They in fact claim that this range is "The most ventilated full-face hardshell helmet on the market."

The ABS helmet shell is a plastic affair and not fiberglass or carbon, but it is also far cheaper, coming in at $159.99. It also does away with the SERT system in the higher-end helmets. This slip-plane system is a similar concept to something such as MIPS. It essentially aims to suspend the helmet shell, to a degree, and will reduce the rotational force applied to the rider should the helmet impact the ground. This, in turn, should apply less stress to the head. 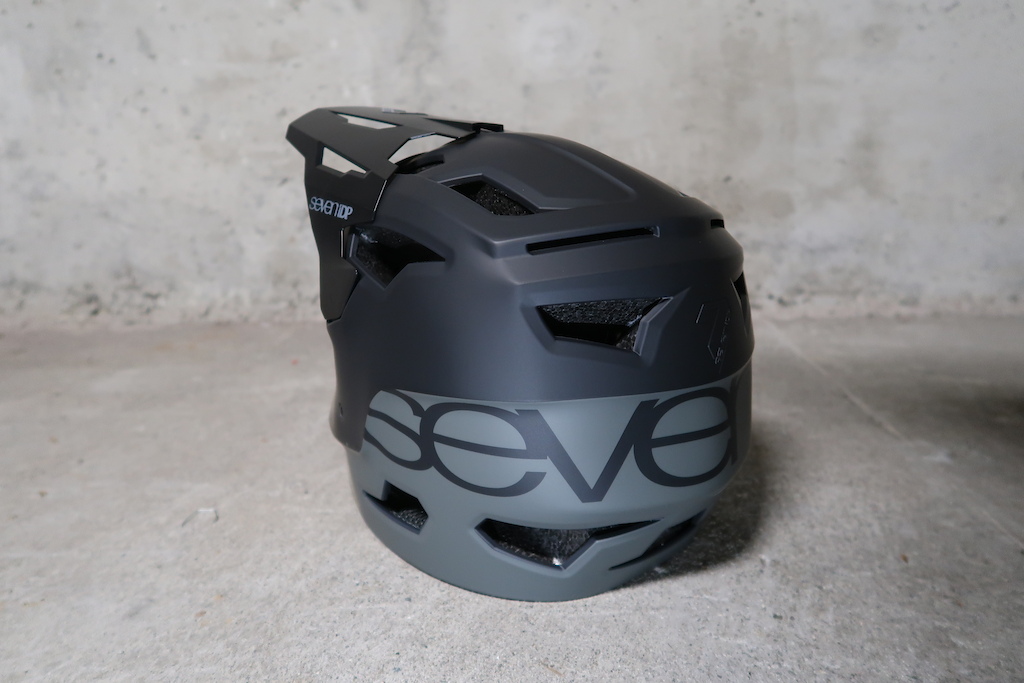 The helmet put ventilation as a high priority.
All Project 23 helmets have a quick-release liner for easy washing and removable padding. The visor itself has no bolts as is designed to release on impact. Again, the hope here is that it will reduce rotational forces suffered by the rider. It also has the added benefit of the visor often taking less damage if it comes away easily. 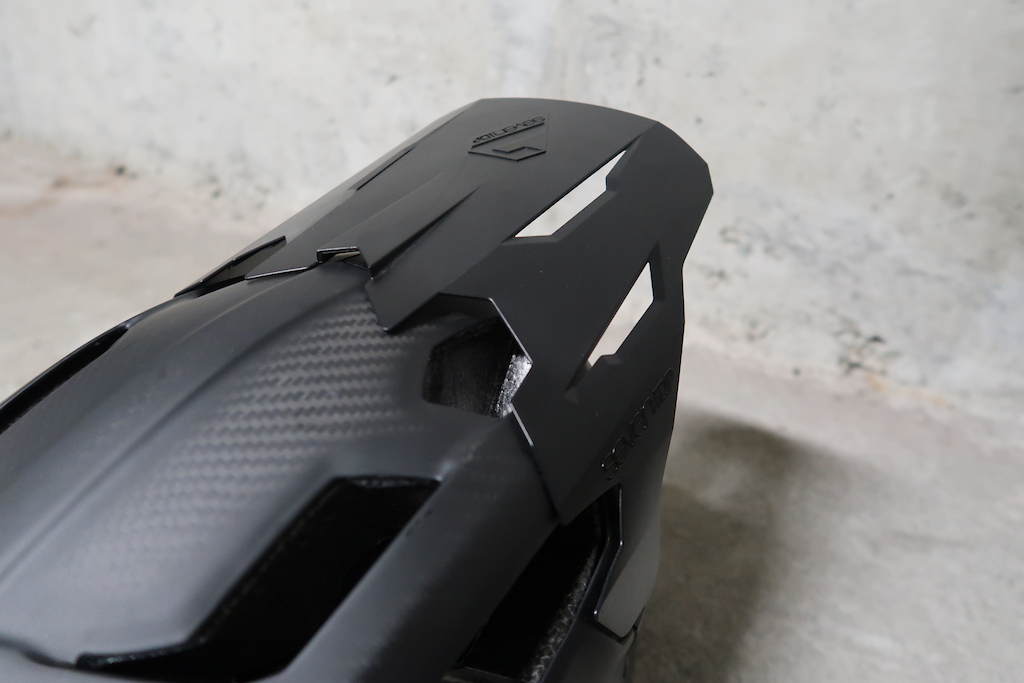 The visor will break away in a crash.
The ABS helmet will be available in six sizes (XS, S, M, L, XL, XXL) and due to it going without some of the features of the higher-end models comes in a little lighter at 850g for a size large. Once the snow comes makes way, we'll be reviewing Project 23 Carbon, and will include comparisons to its cheaper counterpart in the article. 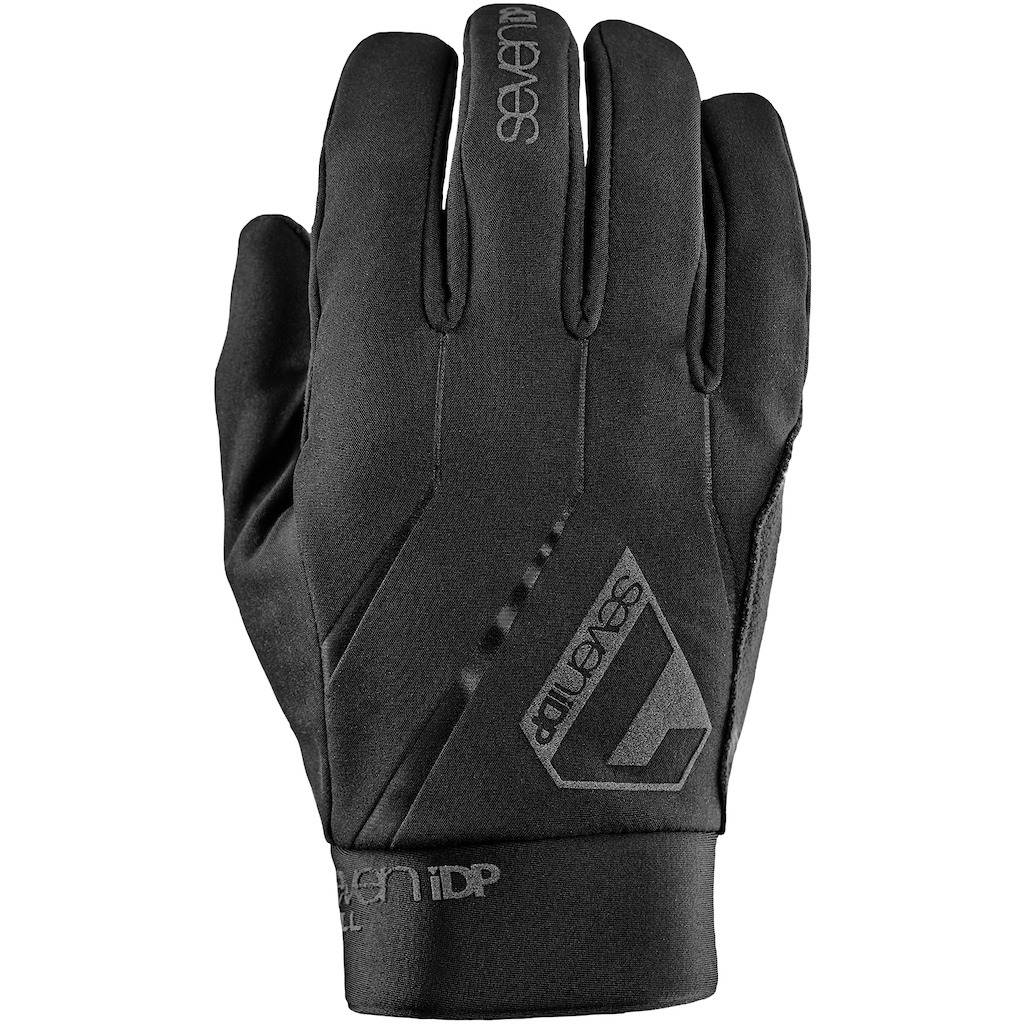 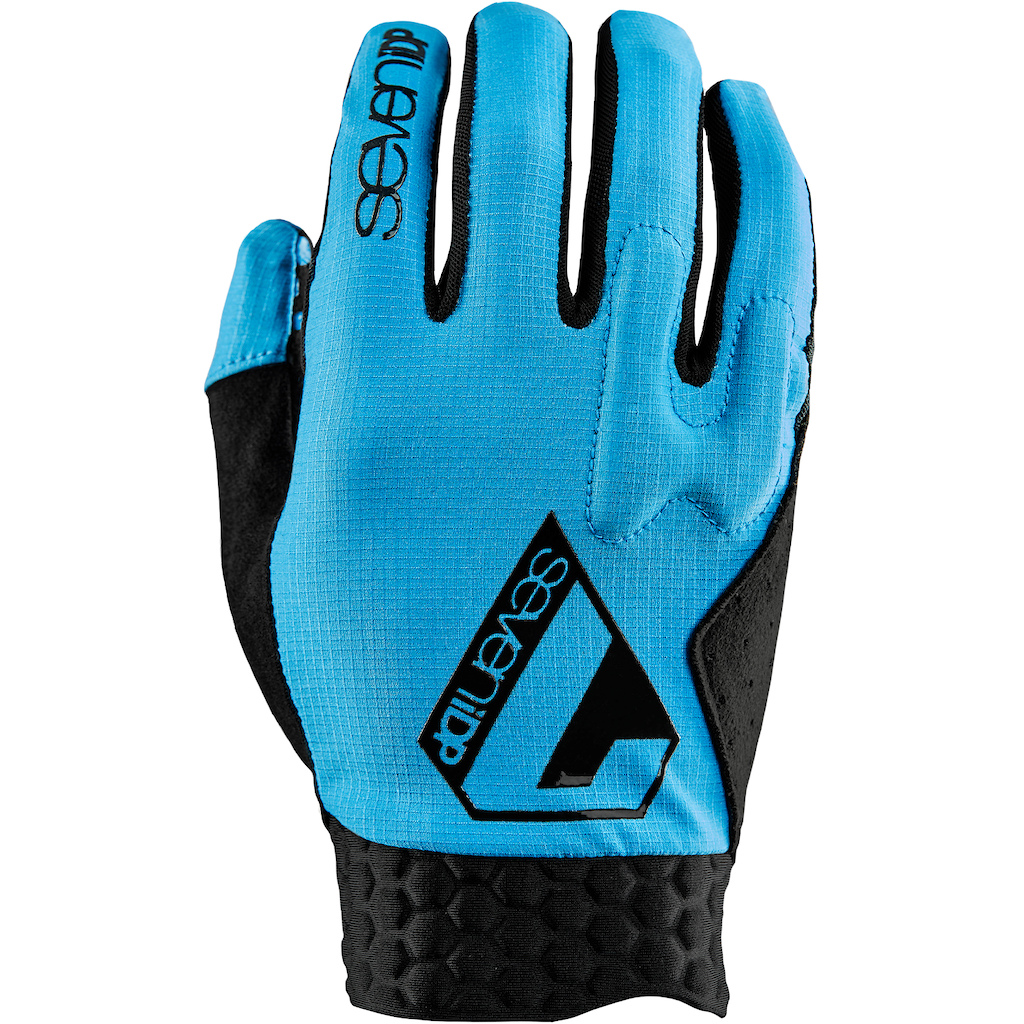 The Chill and Project gloves.
The Chill gloves are designed for colder winter riding whereas the Project is the brand's premium model that aims to blend lightweight, comfort, and protection. It has a four-way stretch suede palm and ripstop material on the back of the glove. Both retail for $35. 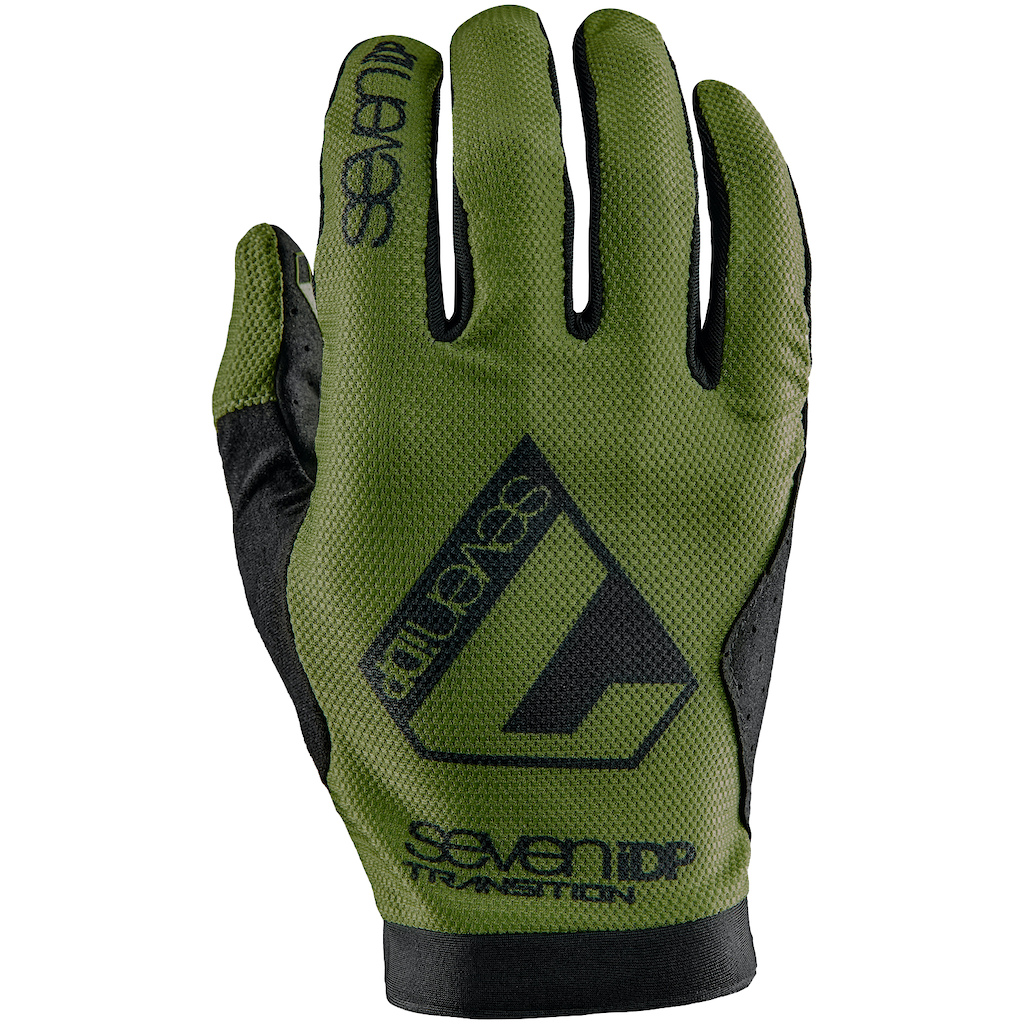 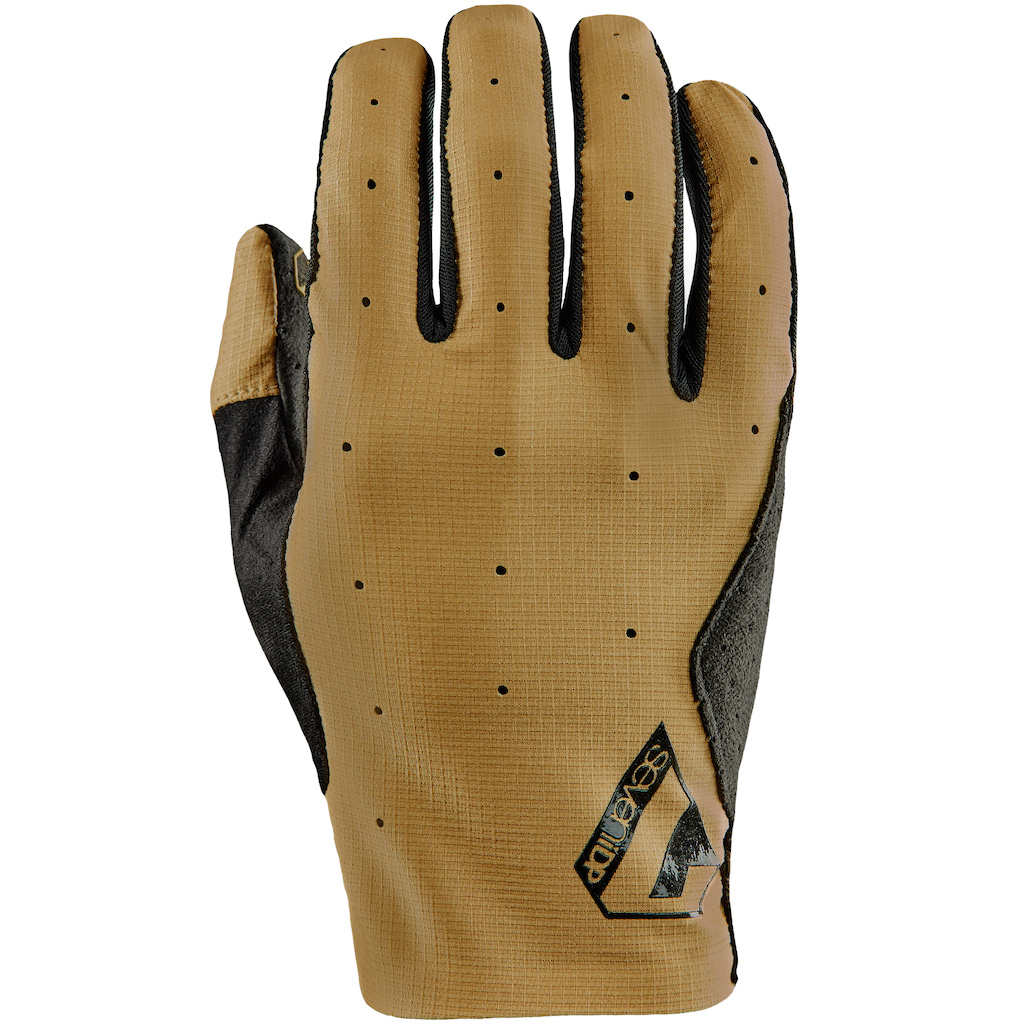 The Transition and Control gloves.
The Transition model is the entry-level glove ($25) which is also available in youth sizes. The last model, the Control, is a super-lightweight minimalist glove and is "Ideal for the rider that doesn't like to wear gloves."

foggnm (Jan 6, 2022 at 14:21)
I'm waiting for a company to make gloves that the finger length grows in proportion to the sizing.

SHREDWORX (Jan 6, 2022 at 15:59)
Holy shit, yes!! Getting gloves to fit is ridiculously difficult. Every model from every brand is different and proportionally whack. Most size guides are absolutely bonkers, too.

Genewich (Jan 7, 2022 at 5:00)
This is why I still use fingerless gloves whenever it's warm enough. Gives up some protection, but I'm not constantly aware of my fingers trying to poke through the ends.

plyawn (Jan 7, 2022 at 7:14)
@Genewich: I buy full-finger gloves but their typical quality means I too am wearing fingerless gloves within a few rides.

reindeln (Jan 6, 2022 at 14:54)
@7protection: Ah, thanks for the clarification. This sentence makes it sound like the ABS model is a new offering for 2022:
"For 2022, 7iDP has announced its new Project 23 ABS model. It's a very similar helmet, only without quite the same level of features."

SeaHag (Jan 6, 2022 at 20:47)
@7protection: I just checked your site and three out of four colors were out of stock. That blue/white helmet would look nice with my kit and bike. Any idea when those helmets should be available again? I love my 7iDP project knee pads. I feel like I can trust your quality.

7protection (Jan 7, 2022 at 6:17)
@SeaHag: USA will have more ABS early February. Appreciate your comments about the Project knee.

I hit the top corner of my helmet on a fall at Mammoth, visor snapped off (limiting some rotational forces), and I was able to pop it back in afterward.

iduckett (Jan 7, 2022 at 5:25)
Pity they cheap out on the slip plane system with the abs version… I wanted to buy one of these for DH days (once or twice a year) to keep my high end trail helmet in good shape but not at the expense of less protection.

jgottya1 (Jan 10, 2022 at 20:06)
Nice stuff, great company and every one of their products I have used has fit well and stood the test. Full back coverage helmet, gloves and pads.

konabigshed (Jan 7, 2022 at 2:07)
I have the fibre glass version and it’s light and comfortable and the fidlock catch is the dogs bollocks ! Bought the Sam Hill knee pads too, they’re also great.

supercruizer1 (Jan 7, 2022 at 4:29)
Never again with this brand. Absolutely zero customer service not even the courtesy of an email back after multiple emails over many months. I understand what the atmosphere of the pandemic has created but not a peep is inexcusable. Visor attachment point on the project 23 is weak!

7protection (Jan 7, 2022 at 7:19)
I'm sorry to hear you've had issues trying to get hold of us. We genuinely try to get back to customers same day and inbound e-mails go to more than one recipient so we seldom miss a mail. What e-mail did you use? The correct email for our USA office is: info@7idp.com Please contact us and we'll sort out any product issue you have.

supercruizer1 (Jan 7, 2022 at 12:09)
Awesome! Thank you for a response. I really like the lid and was hoping to rectify the situation.@7protection:

woofer2609 (Jan 6, 2022 at 18:26)
Good catch: the obtuse angles of the chin guard and angular cut of the visor do remind me of the Brutalist movement.
In addition, the ABS model (cleverly photographed against concrete, of course) goes further in honouring said movement by mimicking the various shades of concrete.

nickfranko (Jan 6, 2022 at 14:14)
922g is considered light? Most of the two-piece helmets are lighter than that, and that's saying something

7protection (Jan 7, 2022 at 7:26)
Sorry to hear you think that - they sell through as soon as they come into stock, so I guess 'Beauty is in the eye of the beholder'! Hopefully you're not just being a gunt.