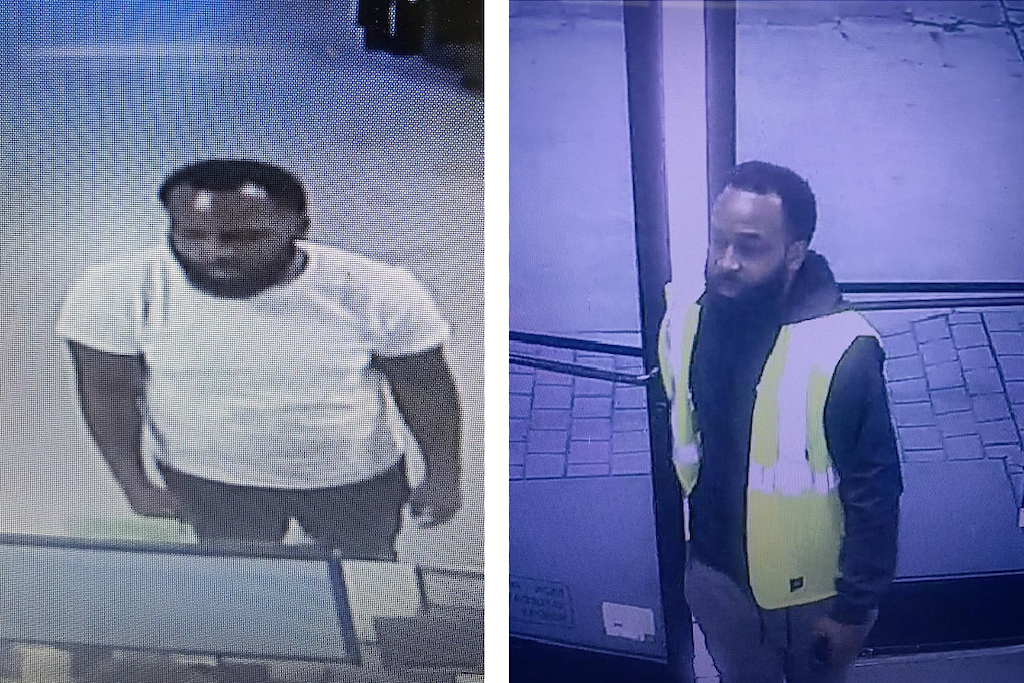 A man who is thought to have targeted eight separate bike shops in attempts to steal high end bikes is being sought by police in southern California, B.R.A.I.N reports.

Marlon Markham, 32, is suspected of using a number of different aliases and attempting to purchase bikes with fraudulent credit cards.

Markham first entered Sunnyside Bicycles in Fresno and claimed to be buying a bike for his uncle. The chip on his credit card didn't work so staff confirmed his identity and inputted the details manually. It was later learned that the card belonged to a nearby woman and the bike surfaced on eBay. It has not been recovered. Markham returned to the shop two weeks later but was confronted by the owner and ran away. The shop managed to get the man's license plate and posted pictures of him on social media to warn other bike shops.

Since then he has targeted a number of other shops in the area including Visalia Cyclery and Go Green Bicycle but it seems he was unsuccessful in his attempts to scam them thanks to Sunnyside's photos.

Visalia Police Det. Brian Young is investigating the case and said Markham appears to have some knowledge of bicycles, always targeting high-dollar models. The detective is urging any business believed to have had contact with Markham to contact him at 559-713-4574. Retailers can also contact their local law enforcement agency and reference Case #193996 with the Visalia Police Department.

SacAssassin (Feb 7, 2019 at 18:44)
Think we’ve figured out why they havent caught him yet. Dude is definitely getting around.

suspended-flesh (Feb 8, 2019 at 9:52)
Fresno is in Central CA despite what all the Surenos in prison might tell you. The real line is a bit south of Bakersfield.

Mtbfam (Feb 7, 2019 at 23:14)
@Mojavehac : There right fresno is horrible and they definitely shouldn’t go to the mountains we don’t have trails either

Squinned (Feb 7, 2019 at 15:47)
Tried to pull the same stunt at my shop (Mikes Bikes) in Petaluma. Came in and asked about Enduros then basically said he would take the first one he saw. Card wouldn't go through and he said he would come back with cash, never to be seen again.

nvranka (Feb 8, 2019 at 10:12)
@cuban-b: no, but plenty can get away with just about anything once they figure out how the system works and who needs to be greased.

I’m not trying to be cool guy criminal minds here, just saying that the retards you hear about like the one in this article are not representative of smart and organized criminals of which there are maaaaaaaaaany.

chrisingrassia (Feb 9, 2019 at 10:36)
@cuban-b: you mean the only ones you hear about are the ones who get caught. Most criminals are smart. This guy isn't stupid, he clearly knows how to lift mag strips. And would you even know about this if the bike shop didn't share security video images?

beratlis (Feb 7, 2019 at 12:04)
This guy came in to our bike shop (Named My Buddy's Bike Shop) in Livermore, California about 3 weeks ago and tried to purchase a Santa Cruz Bronson from us. When his credit card was declined he said he would go across the street to get some cash out of the ATM at Safeway. We were suspicious from the beginning so we followed him outside and he bolted and got away. Dirtbag!

golfman1 (Feb 7, 2019 at 9:38)
That's why you never manually enter someones credit card numbers. The shop i work at says it can and is usually an indication of fraud.

drunknride (Feb 7, 2019 at 10:00)
I wouldn't say it's a guaranteed indication of fraud. It does cost more in processing though because of that risk. I'd be more concerned that a guy looking to purchase an expensive bike doesn't has access to another form of payment.

chrisingrassia (Feb 7, 2019 at 10:11)
@drunknride: to be fair, @golfman1 didn't say guaranteed. He said usually (which I understand is open to interpretation). It's certainly a huge red flag though that people who process payments should be educated about at the very least.

courtshort12 (Feb 7, 2019 at 10:32)
I worked in a bike shop in Santa Cruz, and the first time I suspected theft I wasn't trained well enough to know what to do (luckily it was only $86). Next time though, some sketchy guy wanted to buy "the nicest bike we had", I insisted on a valid I.D. to match the credit card, otherwise he had to enter the debit pin #. Guy was pissed, and walked out. Although the first time I failed to catch it, I was pretty darn happy to stop the second theif.

drunknride (Feb 7, 2019 at 10:50)
@chrisingrassia: Guaranteed is the wrong word and I do agree that manually entering without at least verifying ID is sketchy.

jeremiahwas (Feb 8, 2019 at 10:33)
My card often doesn’t work on the register scanner and people have to enter it manually.

chrisingrassia (Feb 9, 2019 at 10:34)
@jeremiahwas: get a new card. With the US converting to chip, merchants pretty soon are going to start denying purchases without them. Call your bank, get a new one.

golfman1 (Feb 11, 2019 at 20:43)
@chrisingrassia: Yeah I said usually because at least from our perspective it is fraud, but it isn't always the case. If the card and ID is under the same name and valid through the Card checker (Not Fake), then it may be alright, but regardless we still won't manually enter the numbers because of the potential risk involved with it.

coyotecycleworks (Feb 7, 2019 at 9:57)
This could be a meme of when you walk into a bike shop and ask an employee "Do you guys have X-random part?". Bike shop employee says "No sorry we don't carry that....but we can order it for you!!". Just keep getting the same answer!

spiderninja (Feb 8, 2019 at 17:08)
Not all banks do but the larger ones will. The outside ATMs for Chase will limit you to a few hundred but the ATMs inside will let you take out $5k no problem. Also I have taken out $2-$5k at a teller many times with nothing other than my debit card and pin. they didn't even bat an eye to it.

suspended-flesh (Feb 10, 2019 at 7:05)
I can get 1000 from ATM per 24hours but unlimited in a branch. If you don’t like the limit just ask your bank to raise it. The limit is fraud protection - not mandatory. I stopped using big banks, however. Maybe they are stricter. Why let them suck you dry with fees and no interest? Credit Unions are not-for-profit and actually help the community . Wells Chase Citi and BoFA can suck it.

Svinyard (Feb 8, 2019 at 16:39)
When the cops came, he flopped on the ground immediately and said he was assualted

IamSeaDevil (Feb 7, 2019 at 12:37)
We have a picture of him behind the counter at our shop in Orange County in case he makes a visit

chrisingrassia (Feb 9, 2019 at 10:38)
I had my GT Force jacked form my garage in Walnut Creek. Never saw it again. $5k down the drain. I scoured CL, ebay, PB, MTBR for months. I like to think the thief is actually out shredding on it!

Chucklberry (Feb 7, 2019 at 14:49)
His card didn’t even run when he came in and he came in the same costume. We are it here in Livermore CA, definitely not SoCal lol

Example Craigslist ad: "my uncle bought this bike but it doesn't fit him so I'm selling it for him."

chrisingrassia (Feb 7, 2019 at 21:58)
Who exactly is left holding the bag if a merchant has a fraud claim for a bike purchase? Sounds like this guy has lifted the mag strip to a fake card which had his name embossed on it. Who loses there?

Beez177 (Feb 8, 2019 at 17:23)
@zirkman: Stop looking for reasons to get offended snowflake. It's a true statement. Black construction worker buying a 5K bike is suspicious. f*ck you

ClaytonMarkin (Feb 10, 2019 at 7:51)
The guy is wearing sweatpants and a reflective jacket, hardly a construction worker. I agree that's a suspicious getup for someone buying a 5k$ bike, so I guess my disagreement is with the label of construction worker.