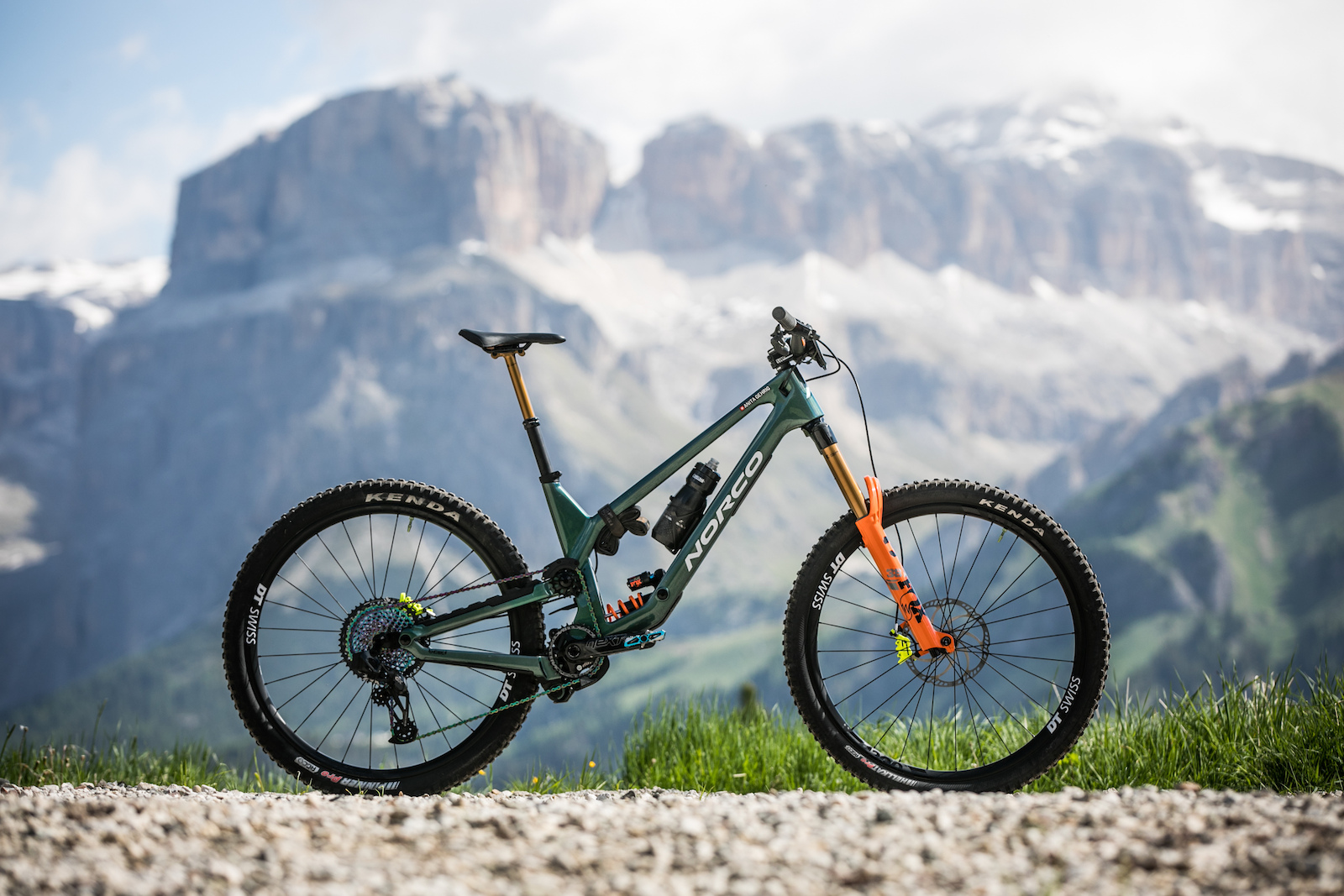 BIKE CHECK
The Gehrig Twins'
Norco Ranges
Photography by Andy Vathis
The cat's out of the bag with the new Norco Range, and this week the Gehrig twins have been testing it out in real-world gnar at the first two EWS races of the season in Val di Fassa, Italy. Caro and Anita rode the bike to 7th and 13th place, respectively, in Wednesday's season opener, and were back out with it today.

Anita unfortunately had a crash that took her out of the running, and we wish her all the best in her recovery. In the meantime, we look forward to seeing what Caro can pull off this weekend.

The 2022 Norco Range is a carbon 29er with 170mm of rear suspension. It's compatible with dual crown forks up to 180mm, meaning it's yet another modern bike that starts to blur the boundaries between all-day adventure bike, bike park crusher, and mini-DH rig, though it does emphasize speed over playability. While versatile, the Norco Range doesn't pretend to be anything other than an enduro race bike. Let's take a look. 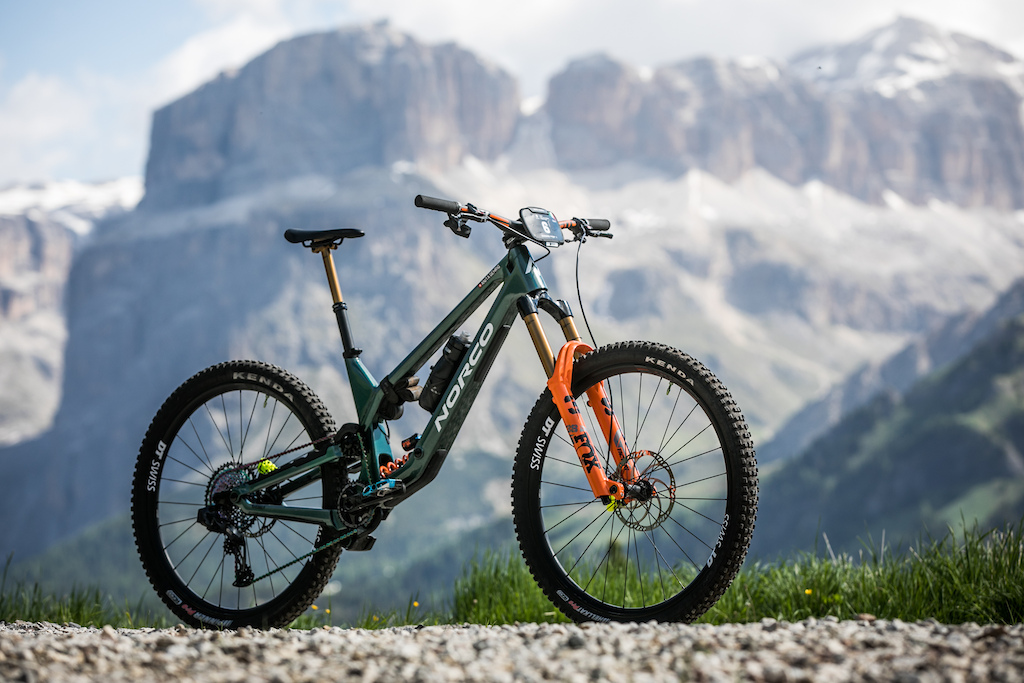 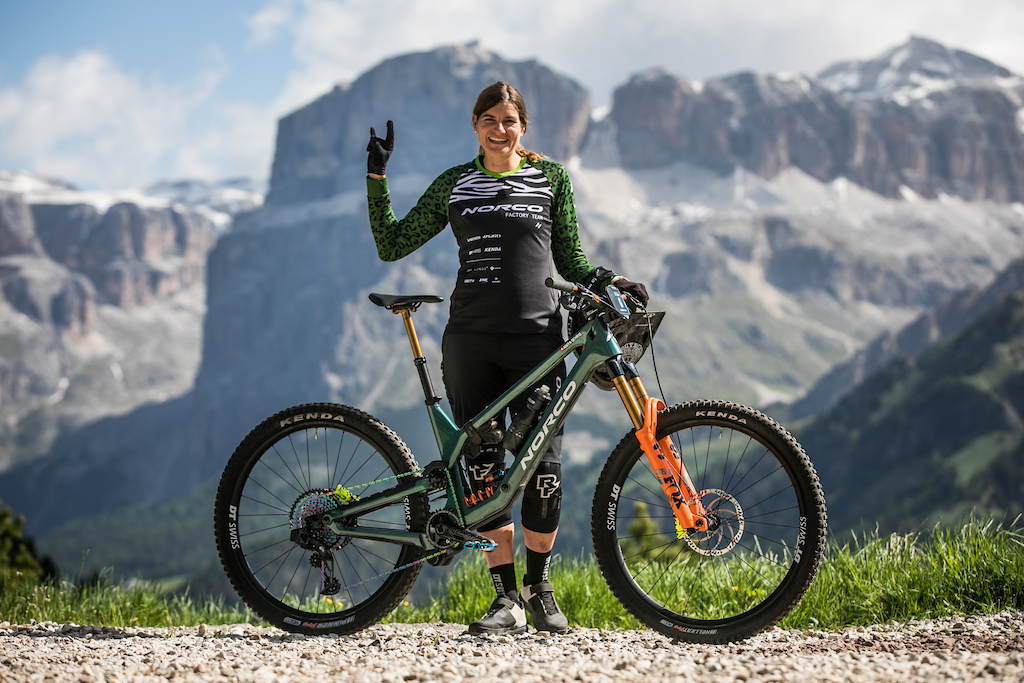 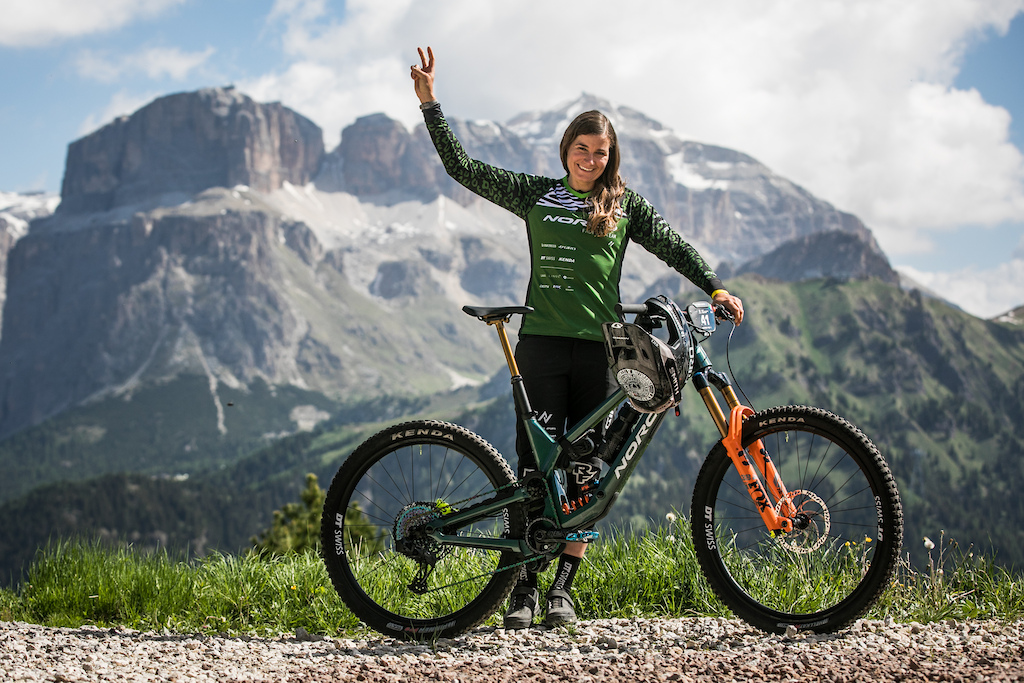 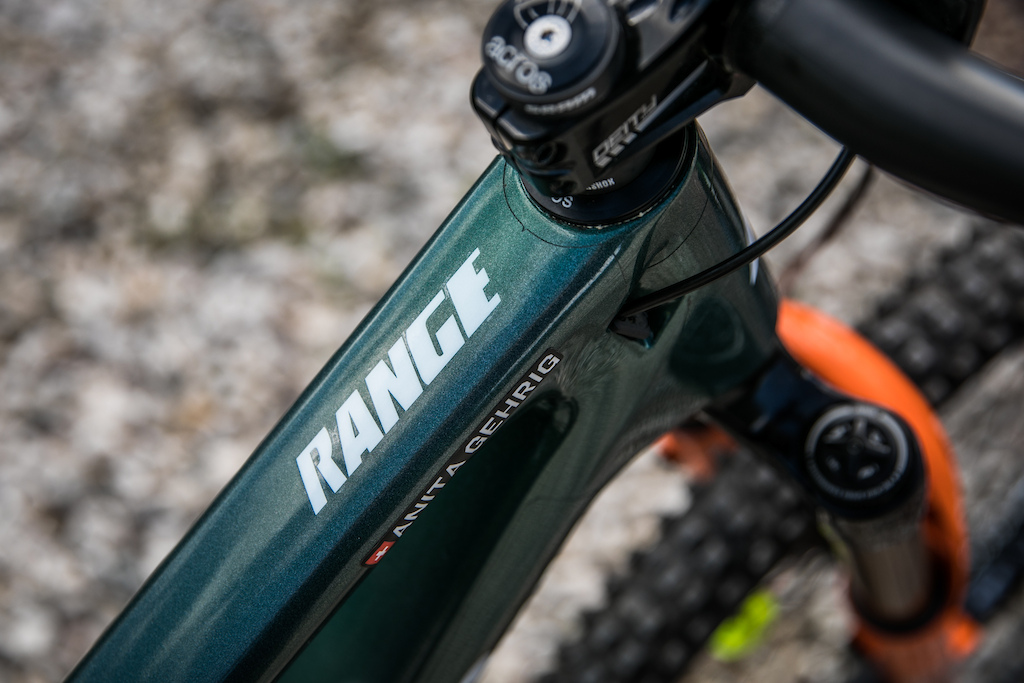 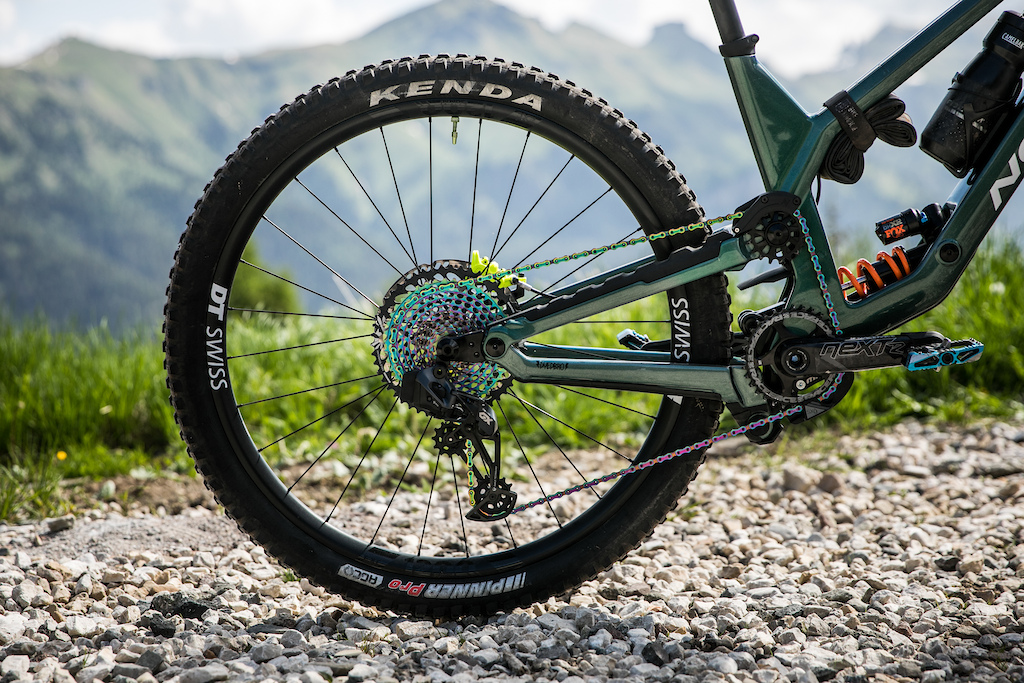 It's a mix of SRAM XO1, XX1, and GX parts for the twins' electronic drivetrains. 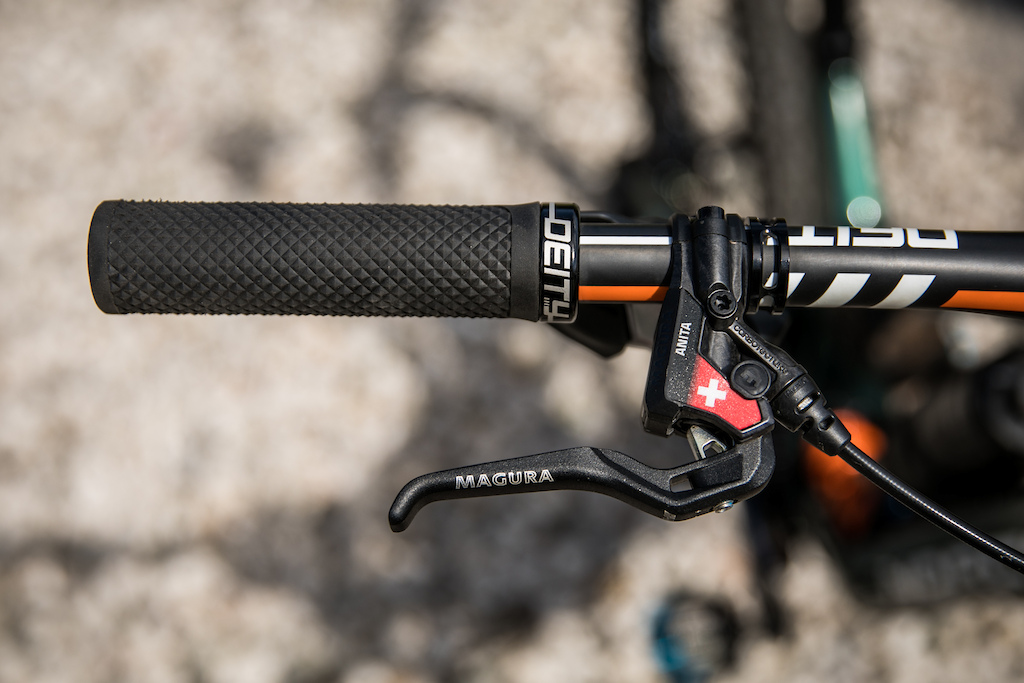 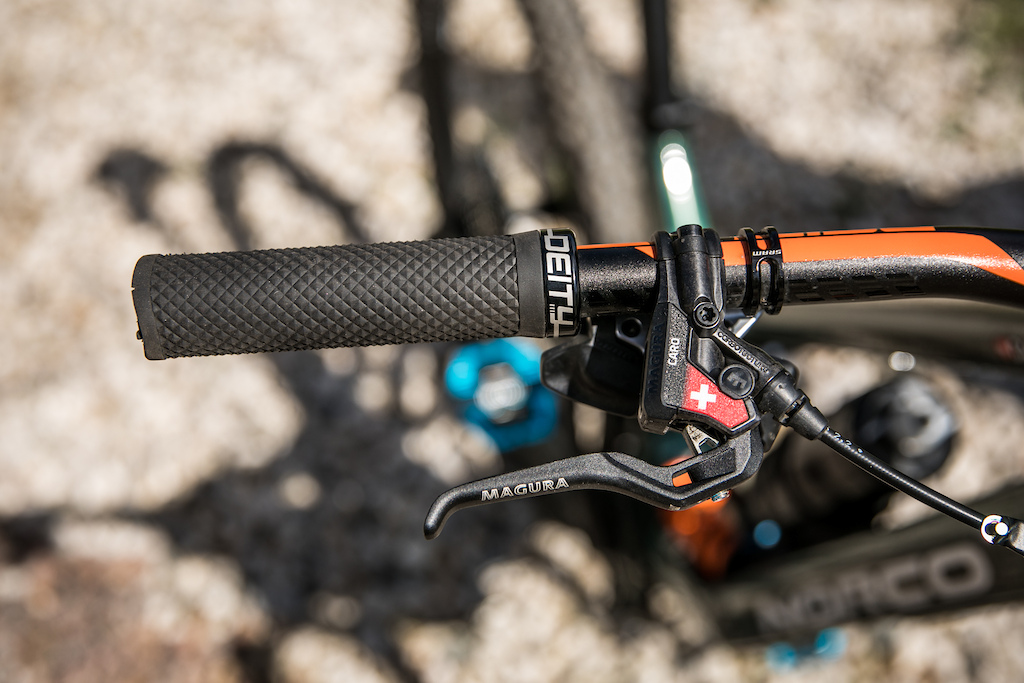 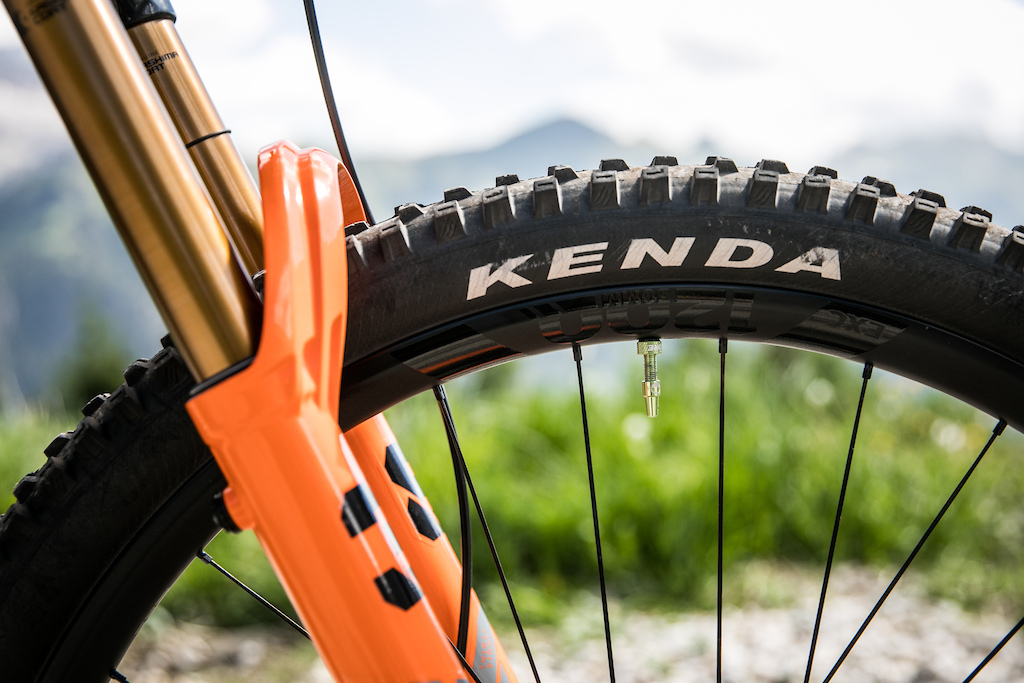 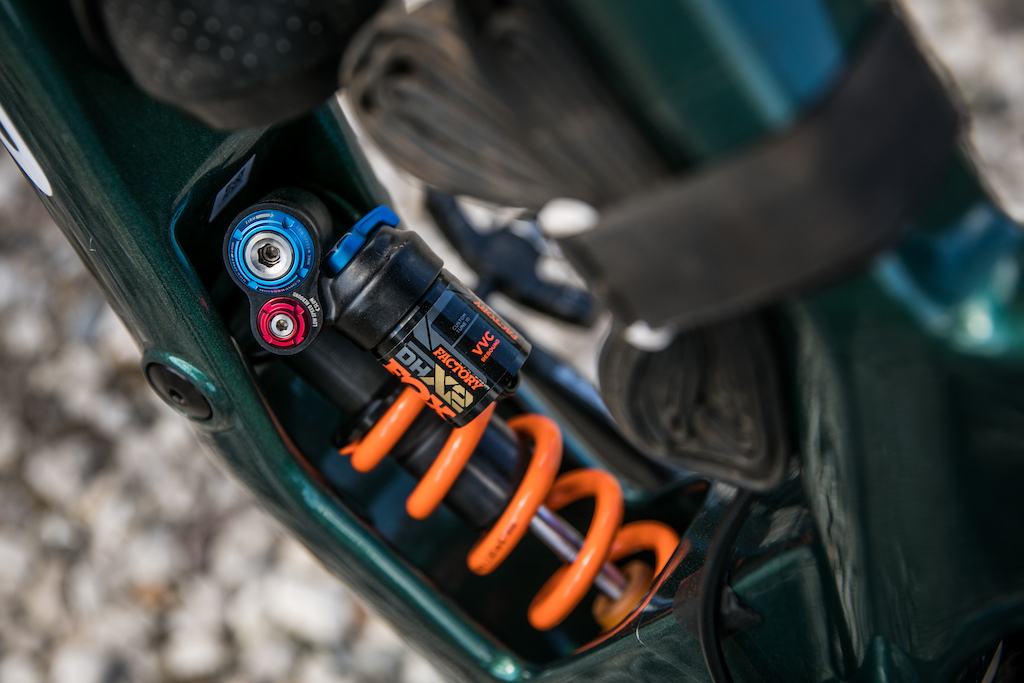 170mm of Fox squish front and rear puts these bikes near the upper end of the travel spectrum for top EWS racers' bikes. 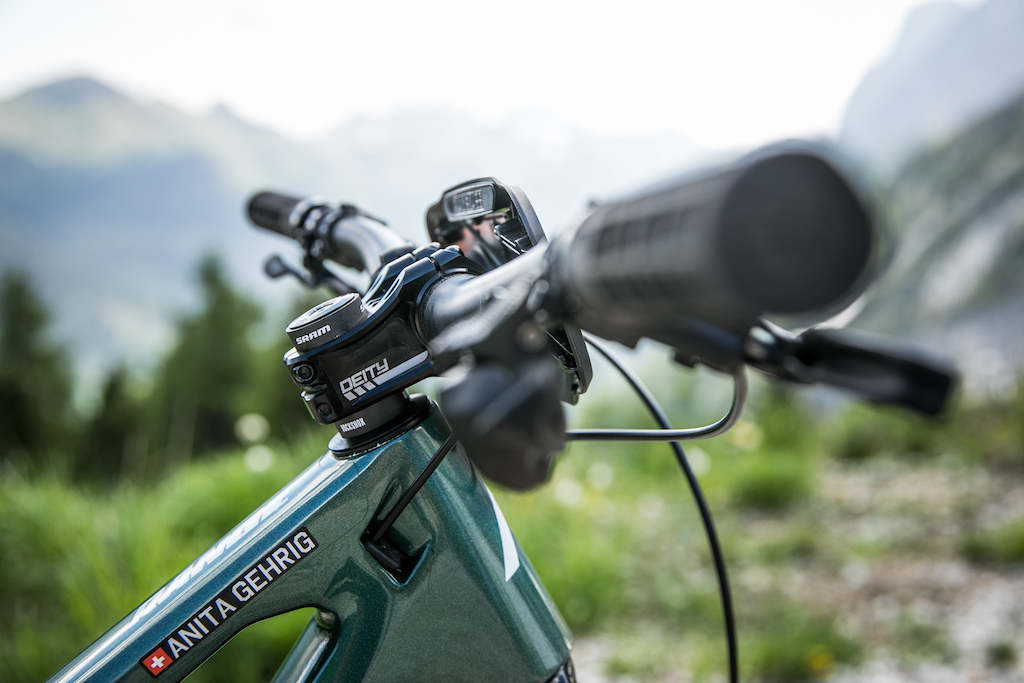 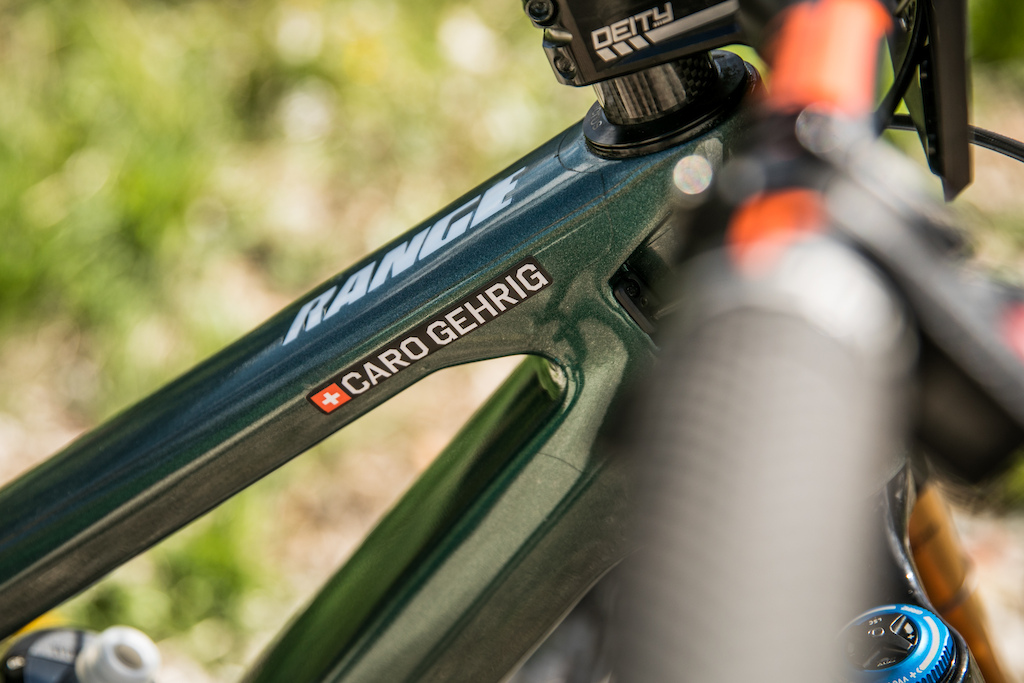 These ladies are out to make Switzerland proud. 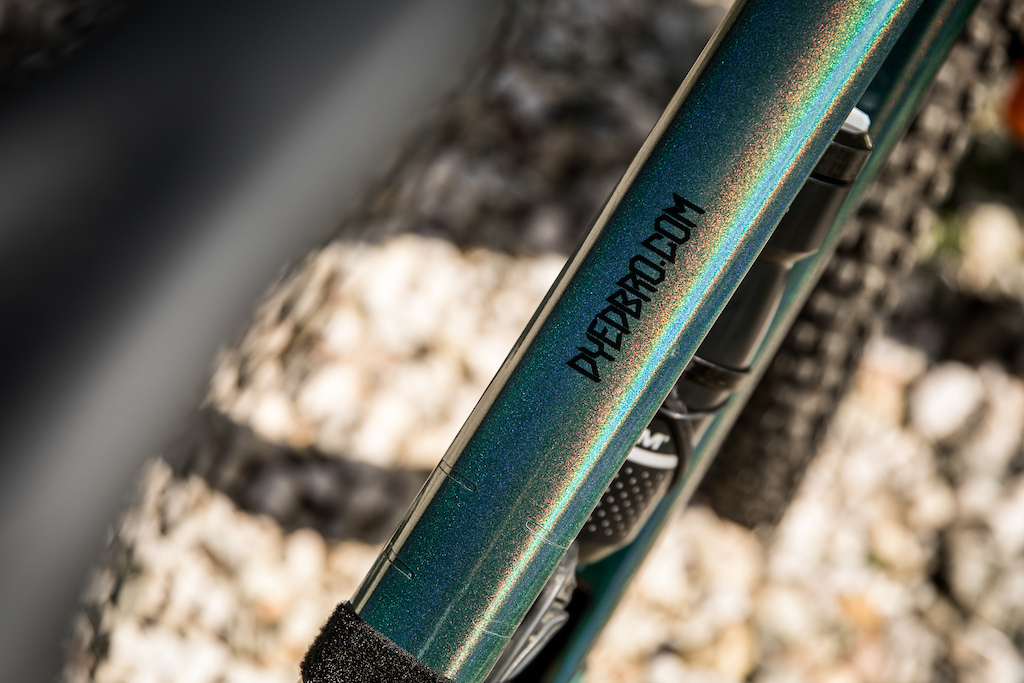 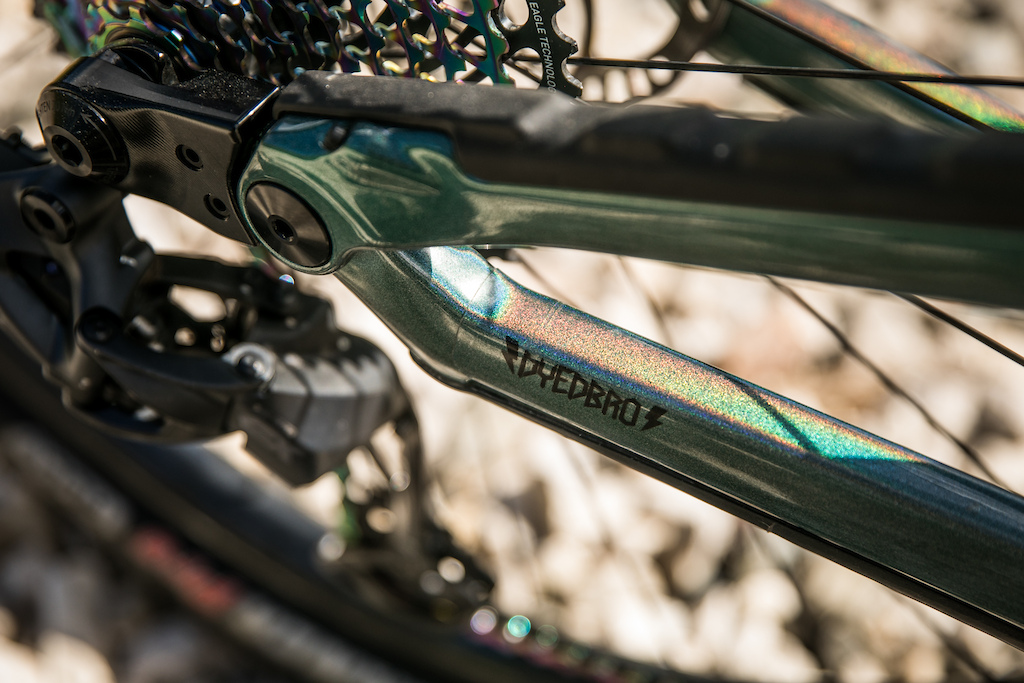 Protection from DYEDBRO preserves the custom team edition paint (and the sparkles). 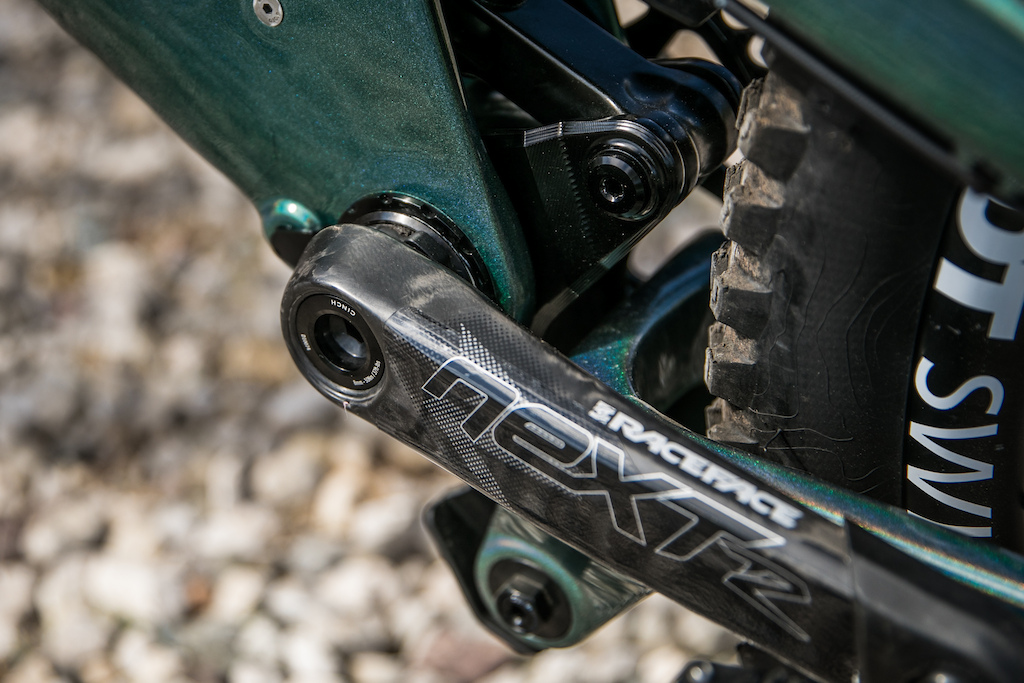 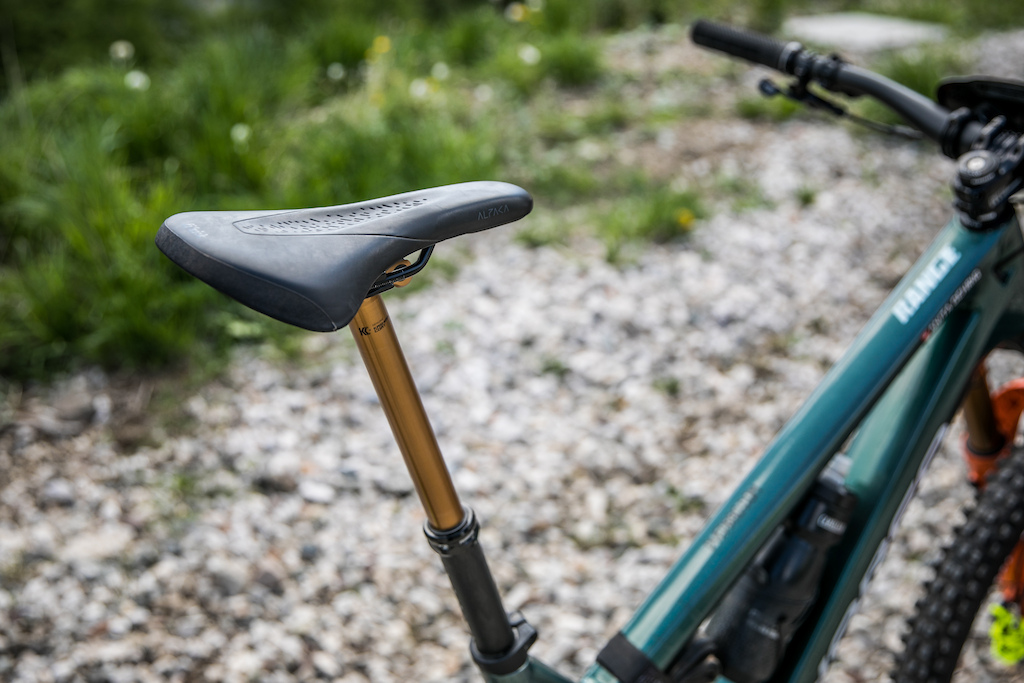 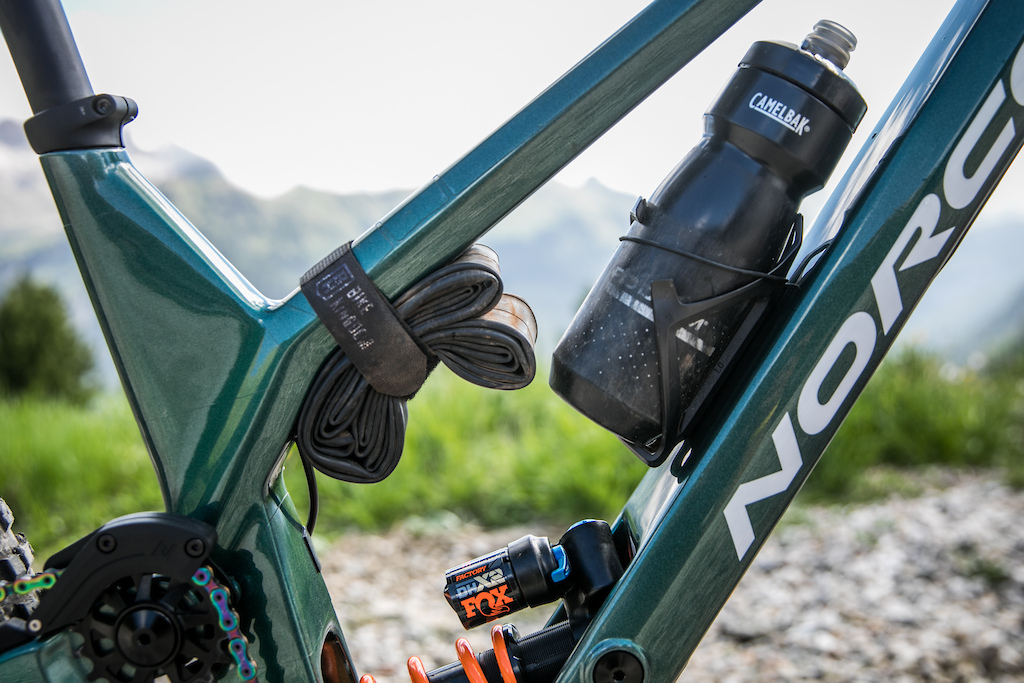 That's a Fizik Alpaca saddle on a 200mm Fox Transfer post. A shim is in place to allow the 31.6mm post to fit correctly in the 34.9mm seat tube. 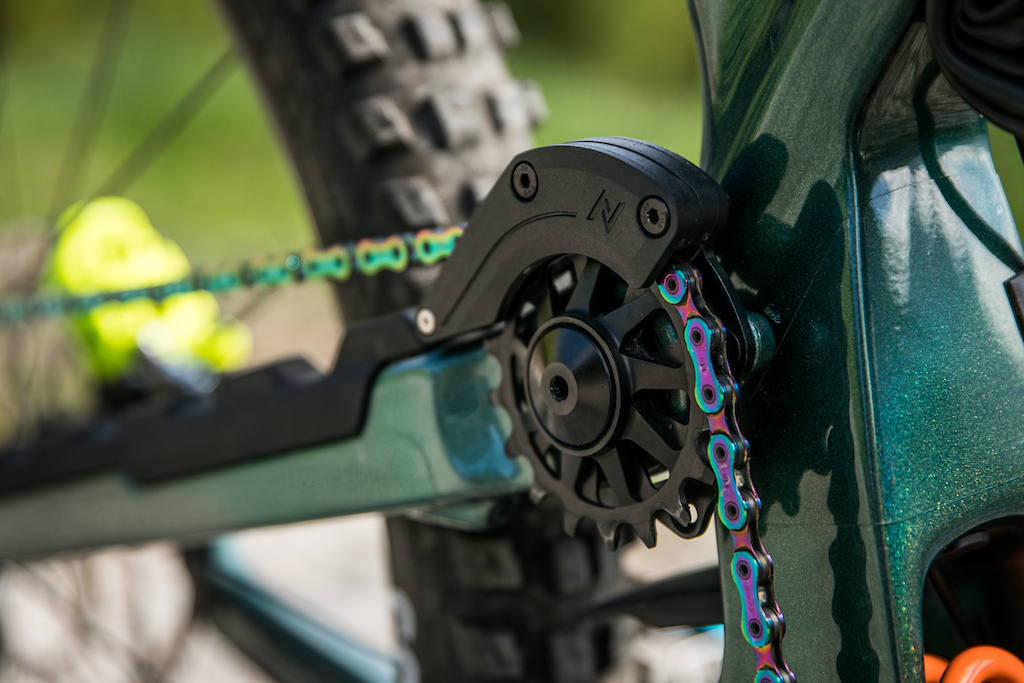 It's another high pivot enduro bike, and it is very, very attractive.

endurogan (Jun 25, 2021 at 20:13)
Thank god one was born with a green jersey and one with black or they would be impossible to tell apart

flattired (Jun 26, 2021 at 5:02)
Same weight is kind of interesting. Do they eat the same amount of cheese and chocolate?

nedsded (Jun 25, 2021 at 20:04)
I'm curious how Norco decides if a bike gets an Aluminum chainstay or a carbon one. On a bike like this you would think they would go Aluminum, but they went carbon fiber. On their optic, their lightweight bike, they went with aluminum.

Will-narayan (Jun 26, 2021 at 3:21)
@dmik: On this one this could make sense : With the way the chainstays are attached to the link at the BB and to the seatstay, doing it in aluminium may require most of the chainstay to be cast or CNC'd with just a mere 20 cm of actual "tube" in between, so going carbon may allow to do a more complex shape without having too much weight.

jaame (Jun 26, 2021 at 3:44)
Without a lower guide there must be about 7 or 8 teeth in contact with the chain (on the chainring). Is that enough?
I notice most high pivot bikes have a lower guide to increase chain wrap. This is the first one I’ve noticed without one.

person-named-john (Jun 26, 2021 at 4:05)
Deviate Highlander and Cannondale Jekyll also don't have one, it probably is enough.

Abacall (Jun 26, 2021 at 6:09)
Adding the lower guide to wrap creates quite a bit more drag, added to the upper pulley, that can get very noticeable. That lower guide they have on there means you won’t be dropping chains. Really it just comes down to how much power those chainrings can handle with that few teeth engaged. Some5hing tells these two are putting down more than most, so it should be more than fine for most riders.

mountainsofsussex (Jun 26, 2021 at 7:52)
That's less chain wrap than we'd have at work on a car timing drive. Not going to be great for ring or chain life. The poor clutch is going to get a proper workout with the growth in the lower chain span too. Probably not enough links in a standard chain to have high pivot idler with lower idler though.

jaame (Jun 26, 2021 at 9:15)
@mountainsofsussex: I didn’t think if that. The clutch won’t last long I wouldn’t have thought. Is still have this bike though

AndrewHornor (Jun 27, 2021 at 8:13)
This is extreme armchairing but I speculate since neither chains nor chainrings have a lot of elasticity, most power must be transferred through the first (top on a regular bike) few teeth/links...

I actually and pushed on a crank, and worked clockwise around the chainring pulling on the chain to check its tension. By the time I got 6 teeth away from the top, it was quite free. That's only a hand push and obviously doesn't compare to a sprint power output.

So, maybe there is potential to wear chainrings a bit faster than usual but if it's a race bike it could be a worthwhile tradeoff. If not racing, one could go with a steel chainring for the first replacement.

vinay (Jun 26, 2021 at 12:22)
Isn't the GX rear mech better? Not sure how it works with SRAM but usually with Shimano they first release XTR and they use the input and experience to develop the XT that is better than XTR. The only thing the expensive series then have over the workhorse stuff is the lower weight.

Randy-Verified (Jun 26, 2021 at 16:40)
Legend is the sisters can sense each others line choice even when miles apart.

AndrewHornor (Jun 27, 2021 at 7:45)
Too bad about the differing pedal spindle lengths, now we will never conclusively know if aluminum or carbon bars are superior based on race results.

warmerdamj (Jun 28, 2021 at 8:32)
Enduro bikes are basically rebirthing freeride bikes given the amount of travel and weight and the fact that they can go dual crown. Seems like we've almost gone "full enduro" if you know what I mean.

Caro-DH (Jun 28, 2021 at 0:38)
I ride my bike only slightly different to Anitas.
For me it's always Alloy Handlebars, normal spindle Mallet E pedals (she rides LS) and suspension a little faster usually. But as we had so little time on the new bike we simply didn't have the time to test a lot on suspension...

Good luck in the season!

My hands are a bit more sensible to vibration since I broke them a couple times... Alu is comfier for me!

DepressinglyAscending (Jun 26, 2021 at 0:02)
Pinkbike comment section: the place where self awareness comes to fester and rot