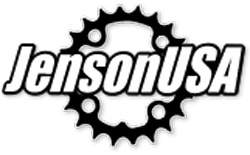 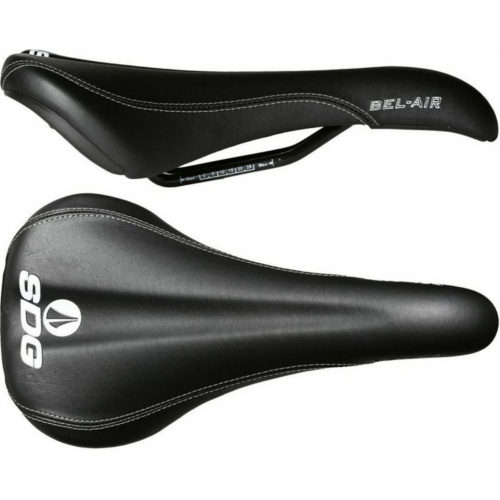 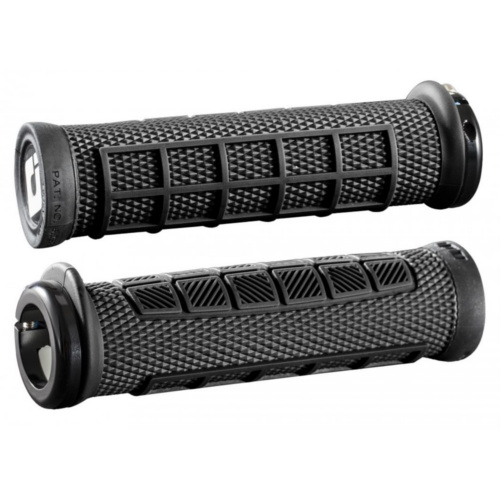 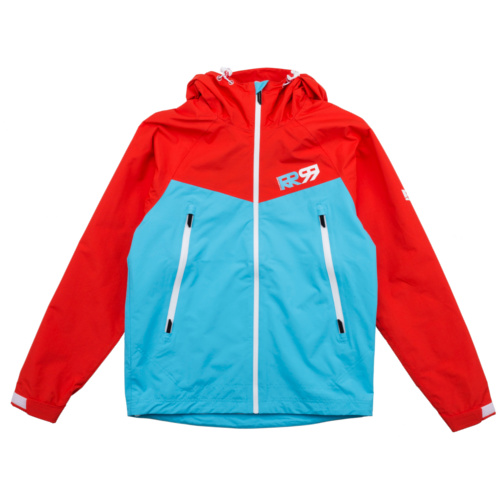 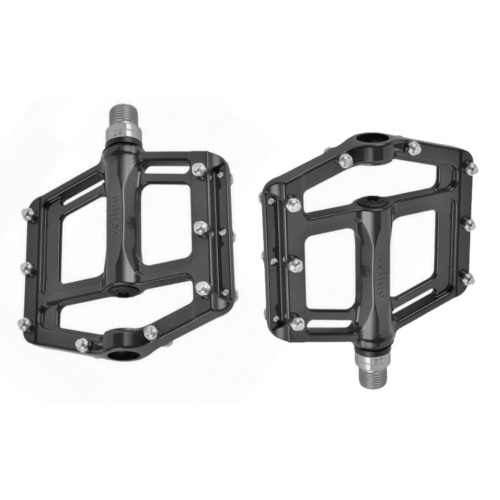 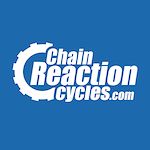 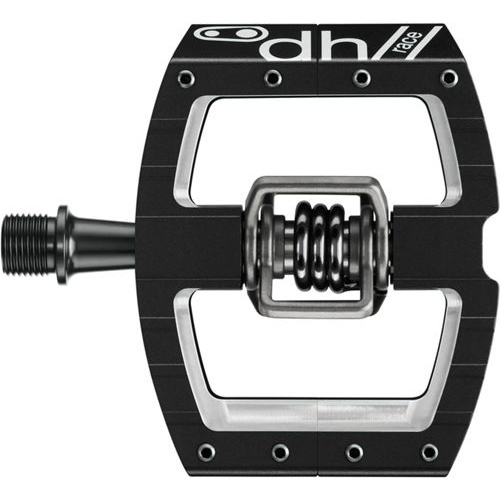 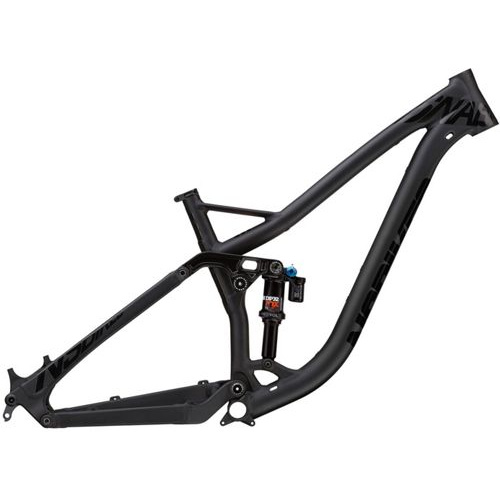 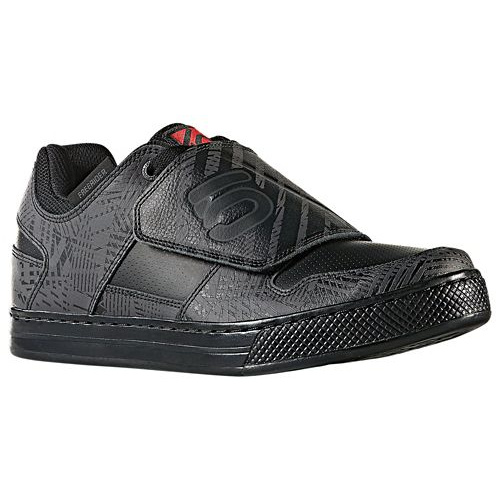 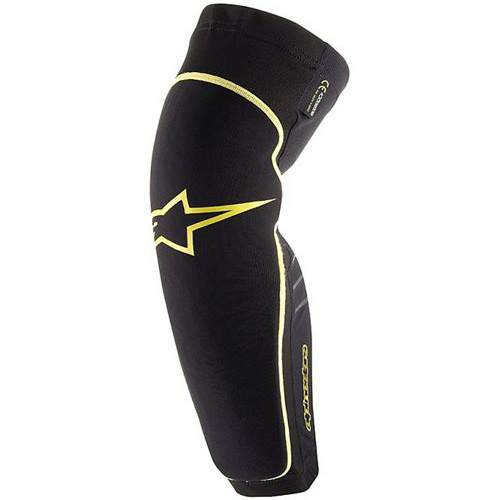 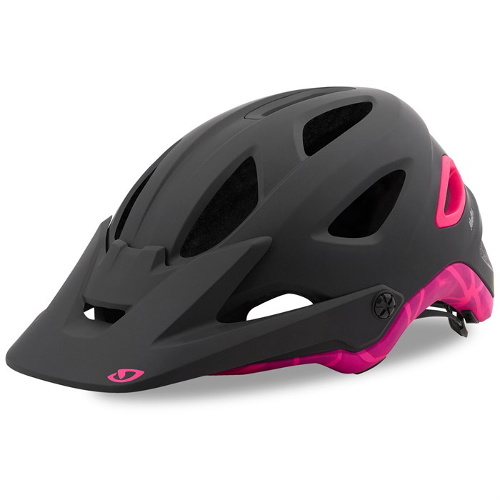 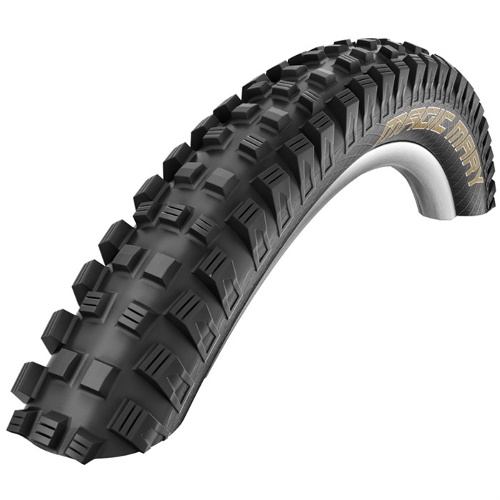 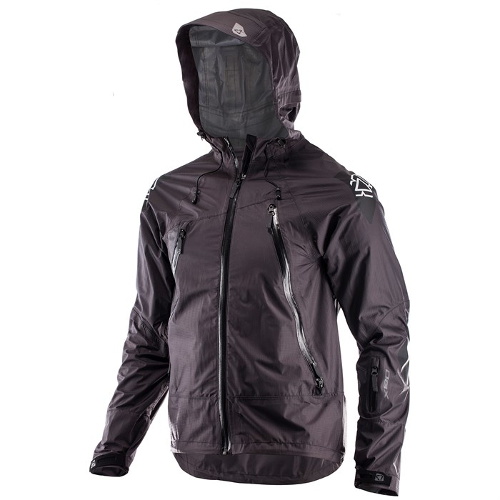 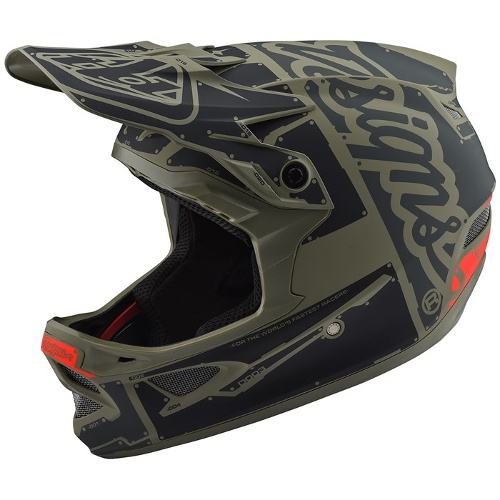 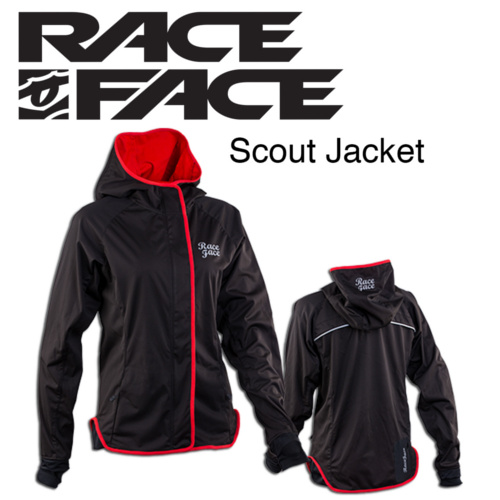 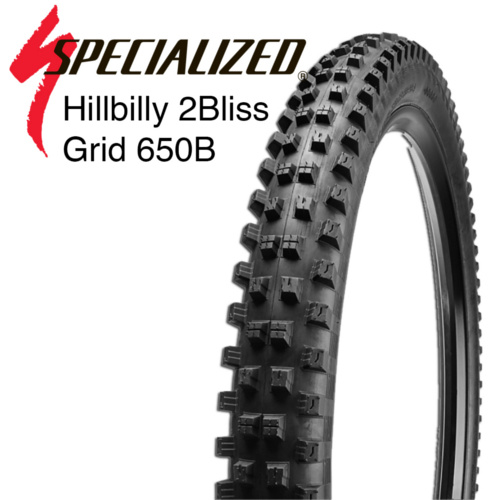 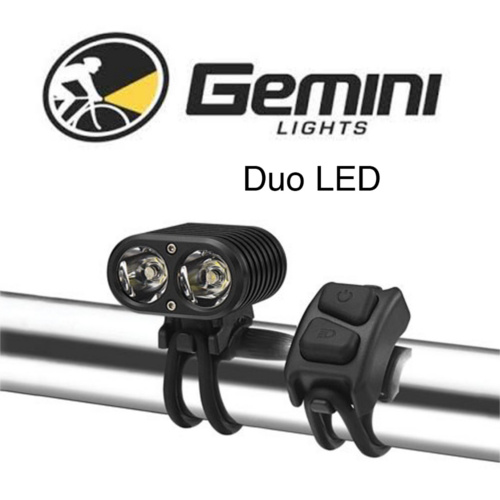 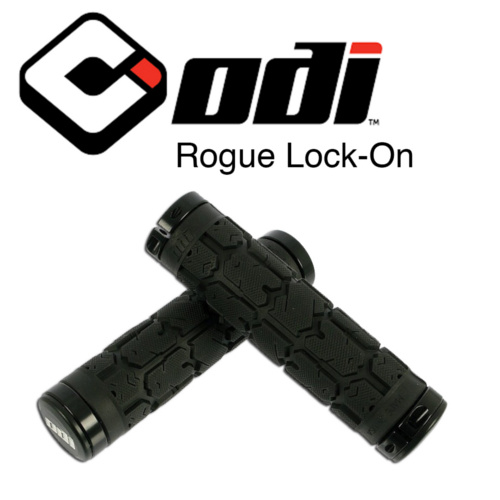 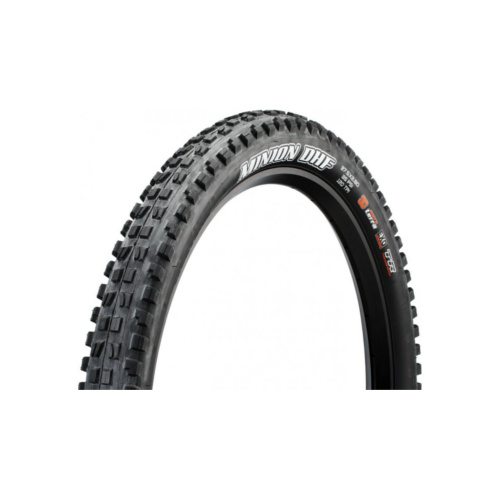 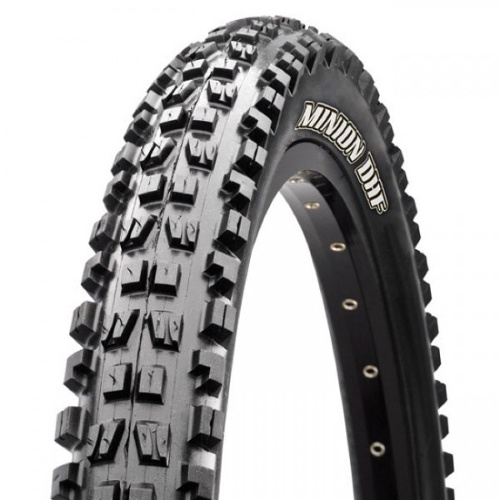 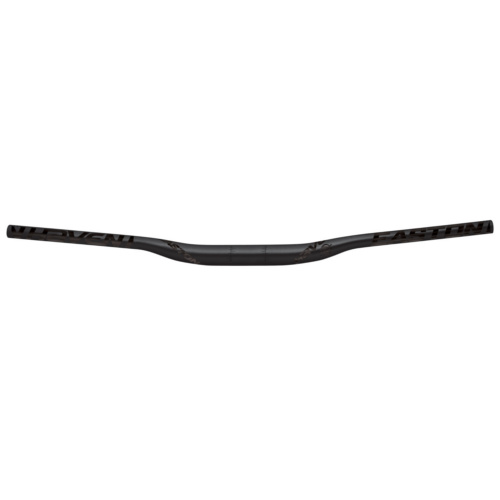 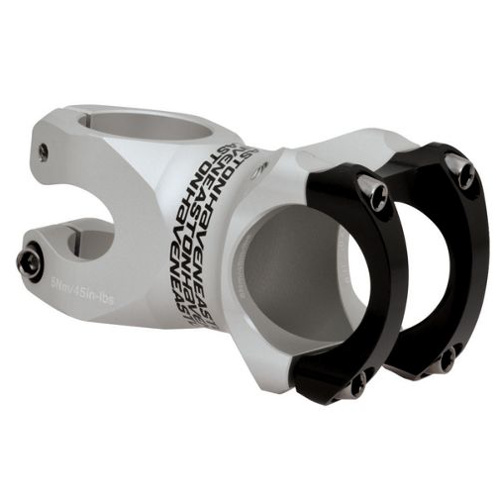 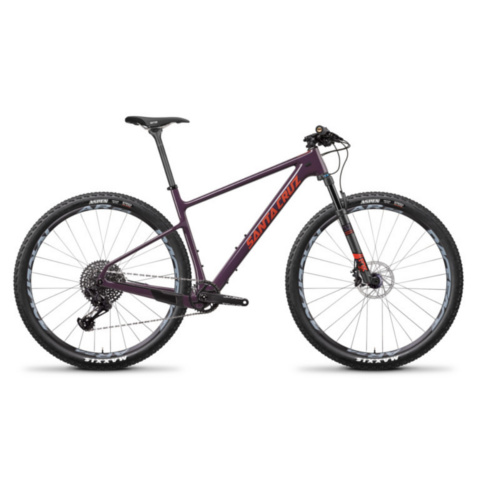 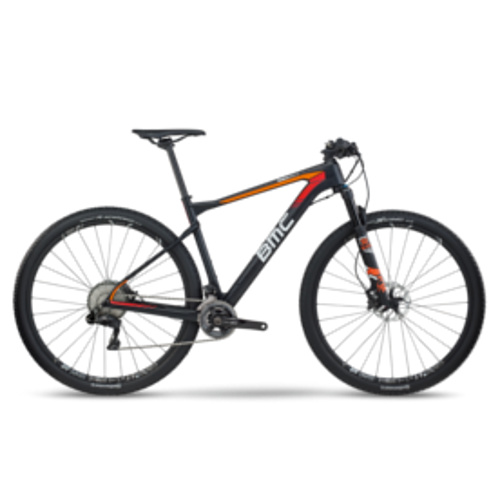 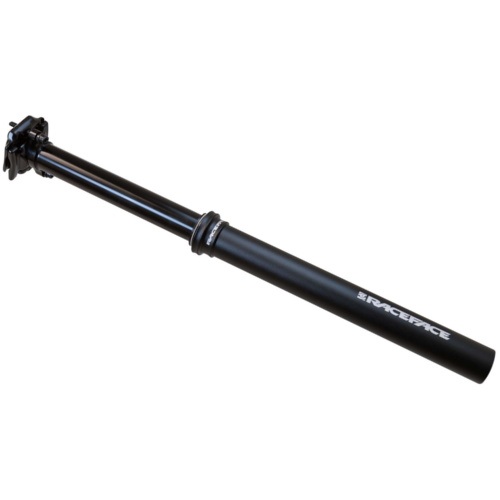 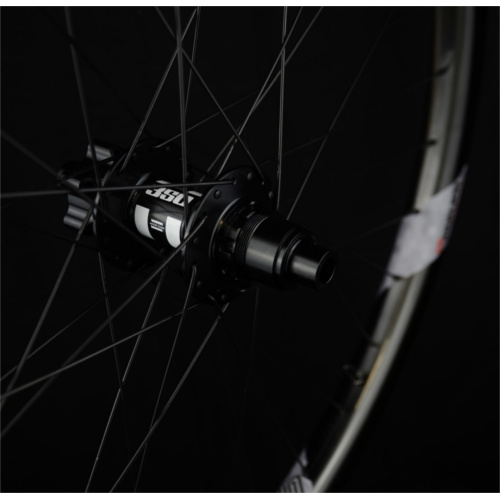 MENTIONS: @evo // @jensonusa // @ChainReactionCycles // @dunbarcycles // @Outletbikes // @TBSbikeparts
Don't forget to check out all the sale stuff in the PB Store and head to the Buy and Sell page to find more great deals and cool gear.
NB: These offers are for a limited time and subject to availability. This is a sponsored news piece for Pinkbike advertisers.

ChaseMe (Dec 7, 2018 at 10:19)
Online Deals complete with getting your PC crypto locked! You guys just posted a link to a compromised site (www.tbsbikeparts.com/easton-haven-am-stem) that prompts for a 'font update' which is malware.

ChaseMe (Dec 7, 2018 at 10:30)
sitecheck.sucuri.net/results/https/www.tbsbikeparts.com/easton-haven-am-stem
"This page includes a JavaScript/iframe from bootstrap-js.com that is blacklisted by Sucuri Labs, reason: malware shoplifter"

TBSbikeparts (Dec 7, 2018 at 14:43)
Thanks @chaseme We are looking at this issue. So far we have had no malware problems and continue to get orders as usual. Please contact service@tbsbikeparts.com with any further questions or concerns.

ChaseMe (Dec 8, 2018 at 17:57)
@TBSbikeparts: I did send an e-mail to service@tbs... letting you guys know what was going on. I noticed the prompt for the malware is 100% of the time. It triggered a few times for me then stopped. Hope you were able to track it down and fix it up! sitecheck.sucuri shows it as all clean now.

leon-forfar (Dec 7, 2018 at 10:52)
Yeah. I was doing some Maxxis bookings with NRG and Lambert for our shop, and it mentioned Maxxis tire prices were being raised by 12%. Something to do with all the tariff BS going on.

racerfacer (Dec 7, 2018 at 11:11)
@leon-forfar: I thought the tariff was supposed to get refunded when exported out of the US? I wouldn't put it past our distributors to not pass the savings along to the customers.

TBSbikeparts (Dec 7, 2018 at 14:50)
@leon-forfar: so far it looks like the tariff war will raise prices on rubber which Maxxis and any other tire company are passing onwards to bike shops / distributors. 10-20% higher prices is what we have been quoted in recent months. Just means everyone needs to stock up now before the prices increase!

foggeloggliod (Dec 7, 2018 at 18:37)
Bontrager XR4 all the way baby. Can't beat the quality for the price. Killer all mountain tire available in a range of sizes.

pinnityafairy (Dec 8, 2018 at 6:21)
@raddog: Bontrager team issues are always my go-to tire. I prefer to mix them up. Nothing better than getting dirty with two different models at the same time.

pinnityafairy (Dec 8, 2018 at 11:38)
@shotouthoods: don't forget when you take your car tire back to the shop where you bought them at they fix them for you for if they go flat.. Support your local bike shop they say.

scjeremy (Dec 7, 2018 at 10:51)
I clicked that link when they first showed up on vital and got my size. They are great. I’ve never even seen a flat pedal shoe with a lace cover. Always wanted this. Durability tbd as none of my 510 last longer than a year but enjoying them relatively new.

sjedawe (Dec 7, 2018 at 10:18)
Years ago they were awesome, free shipping, no duty ever. Not sure what happened to them, even their prices are that great. I haven’t bought anything from them in well over a year. Personally Dunbar has always been great to deal with. Sure we all have our horror stories with some retailer.

leon-forfar (Dec 7, 2018 at 11:00)
That's good to hear and thanks for the support! We do what we can given how small our online team surprisingly is! Just myself shipping orders and emailing, and 2 others that working on IT issues and marketing.

sjedawe (Dec 8, 2018 at 8:45)
Was talking about the above comment before there was a shit pile of replies, Chain Reaction.

TBSbikeparts (Dec 7, 2018 at 14:46)
Please send your requests to Dylan@tbsbikeparts.com. We have a couple more Maxxis 29ers coming in this week but always open to sourcing more tires for our customers. Talk soon!

techride (Dec 7, 2018 at 11:02)
I was blown away by the inflate MSRP of the minions before realizing that it was plus sized! $119.99 msrp is standard for local shops here. I cant remember the last time I paid retail for tires, though.

My 2 cents, the hillbilly is a superior tire to the shorty in the muck and at this price, well worth the upgrade. Hillbillies are wicked on all but slimy roots.

ismasan (Dec 7, 2018 at 11:43)
But that knobs seem sketchy in anything other than mud too, Shortys are amazing in the front all year round

xeren (Dec 7, 2018 at 12:52)
@ismasan: the grip on the shorty is amazing in scree and deep pools of loose rock, even better than the DHF. only downside is how slow that tire rolls.

I found the 2.6" DHF to be a perfect happy medium- the knobs are spaced further apart along the circumference of the tire than other DHF sizes, so it handles loose stuff even better than the other DHFs

privateer-wheels (Dec 7, 2018 at 10:08)
CRC have to be the absolute worst, least dependable online retailer there is. The customer service folks are okay, but whoever they employ in shipping is just dumb. My last order was for a set of those NP ARD rim inserts. Shipped okay, charged me okay. When they arrived, Inooen the box...no rim inserts...instead, they shipped a pack of 2 rotor bolts. And it was a struggle to get a full refund after. It of my group there have been numerous similar mix ups.

millsr4 (Dec 7, 2018 at 11:05)
For me CRC was great until Wiggle bought them... I used to get stuff delivered in 2-4 days living in WA state but now it takes 2-3 weeks to get anything from them... and it has happened on my last 3 orders. I've never had a mix up with what they have sent me but the delivery time is ridiculous and it is THE reason I may never again order anything from them in the future. I'd rather pay 10% more to have something delivered in a timely manner and support USA businesses.

I have one friend who ordered a set of 29 tires. They sent 27.5. when he called they sent another set. Another set of 27.5! Third time they set out 29. Lucky him, he got 2 extra sets, along with a pile of frustration.

And another friend who bought pedals and rims, and they didn't tape up the pedal box, just tossed it in the box with rims unprotected. But the time it got to him the pedals had fallen out of the box and tumbled around against the rims and each other. Everything was a mess on arrival - pedal pins scored everything up pretty bad.

I've done my fair share of orders with them too, and I've had several items misrepresented, several very poor packing jobs and damage items, and one other time when something was charged and not shipped an item.

Maybe I have bad luck, but regardless, for me they have been super frustrating to deal with. They always make it right, to the extent the can, but it's still frustrating.

mammal (Dec 7, 2018 at 11:27)
I don't doubt that they have their moments, but after 20+ orders (some of which being split up due to size of goods), they've never screwed up an order of mine. I definitely admit they go a bit light on the packaging, which could end up problematic, but everything's arrived in great shape for me.

One random CRC tip... I got tired of getting duty fees so I just order the Duty-Paid option now. Shows up to Canada in like 3 business days, and usually costs around the same as the duty would have been.

Ryan2949 (Dec 7, 2018 at 11:31)
I recently purchased a brand x dropper and the box it came in was about 3 times the size of the dropper. So the post was completely loose in this massive box.

islandforlife (Dec 7, 2018 at 13:27)
My experiences have been nothing but awesome. Few weeks ago ordered some five tens for my wife, arrived in Canada at my house in BC from the UK in 3 days!

h-beck83 (Dec 7, 2018 at 16:01)
@millsr4: Yeah, wiggle really screwed up their shipping. My sentiments exactly! I used to give them crazy praise for getting orders to me in 2 days. That doesn't happen anymore.

JohSch (Dec 10, 2018 at 12:04)
@FLATLlNE: Same with my RS Pike fork, just tossed it in a card board box with no nothing around it to protect it. Brake mount and steerer worked their way through the box on the transfer and everything was scratched and dented

Levelheadsteve (Dec 7, 2018 at 11:49)
My grandpa needs a new pair of orthopedic shoes. These five tens should work nicely.

jason475 (Dec 7, 2018 at 15:25)
I really liked Art's for my tires and some other things. Great customer service, and shipping free sealant with tires was a nice touch. I was bummed to to see their online shop go away.

Levelheadsteve (Dec 7, 2018 at 11:51)
Royal Racing jacket: “This item is discontinued and no longer available.” Sweet.

whitebirdfeathers (Dec 7, 2018 at 18:02)
I have these but the 2 cell version. Awesome lights that are going strong three or four years on.