2020 has been a funny year but Harry has managed to get a lot of riding in. Thanks to all the sponsors that have helped with Harrys progression it would be a lot harder without your support. Some of Harrys sponsors include YT industries, Oneal, Box components and Muc off. 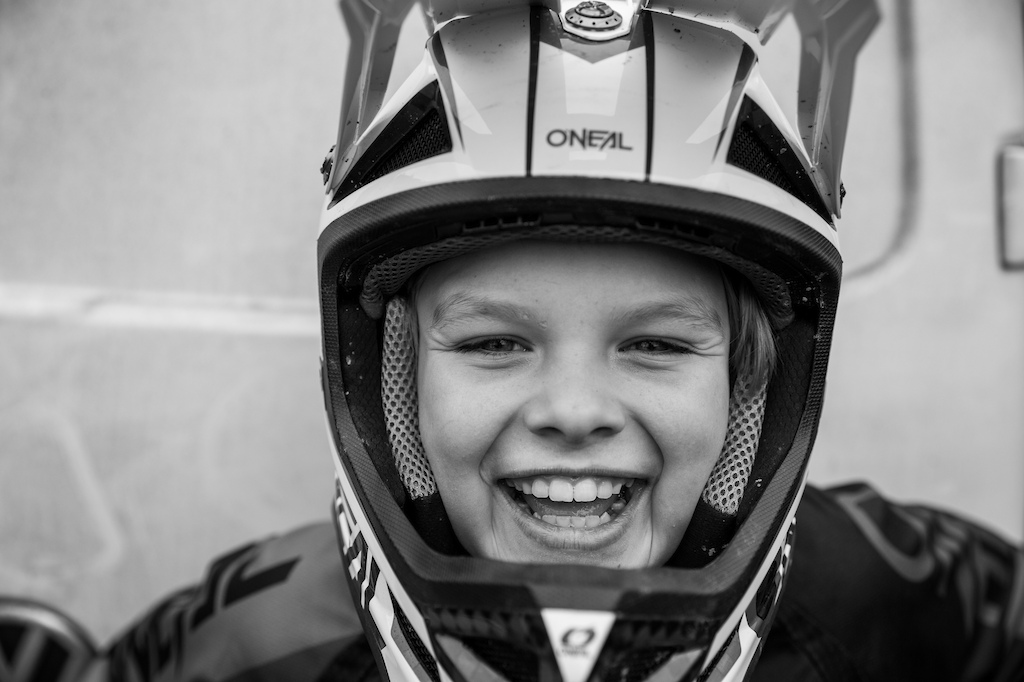 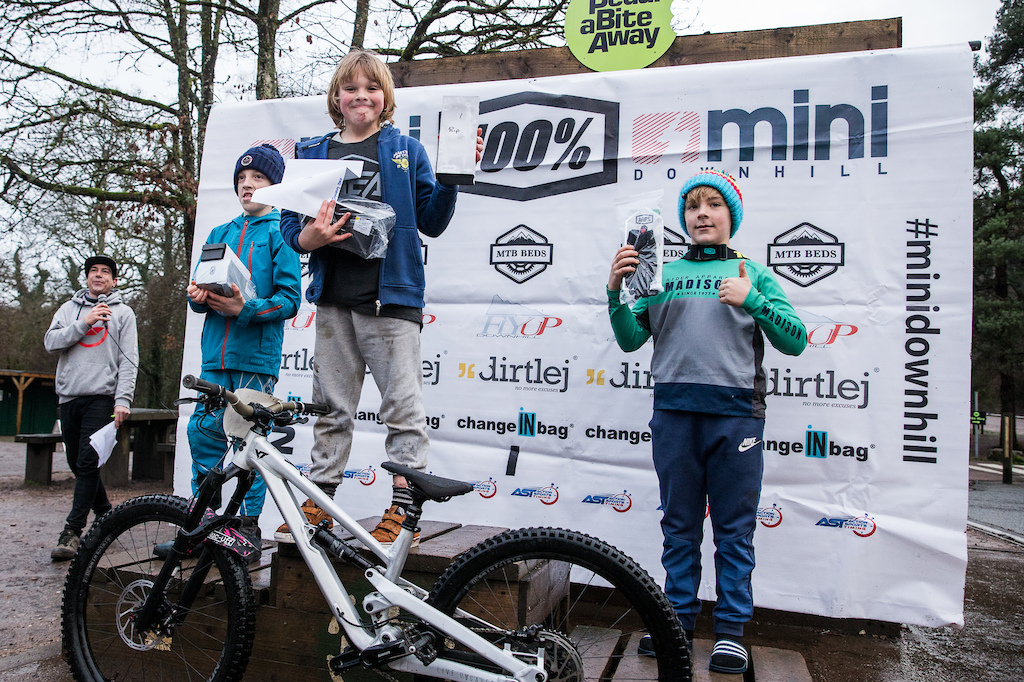 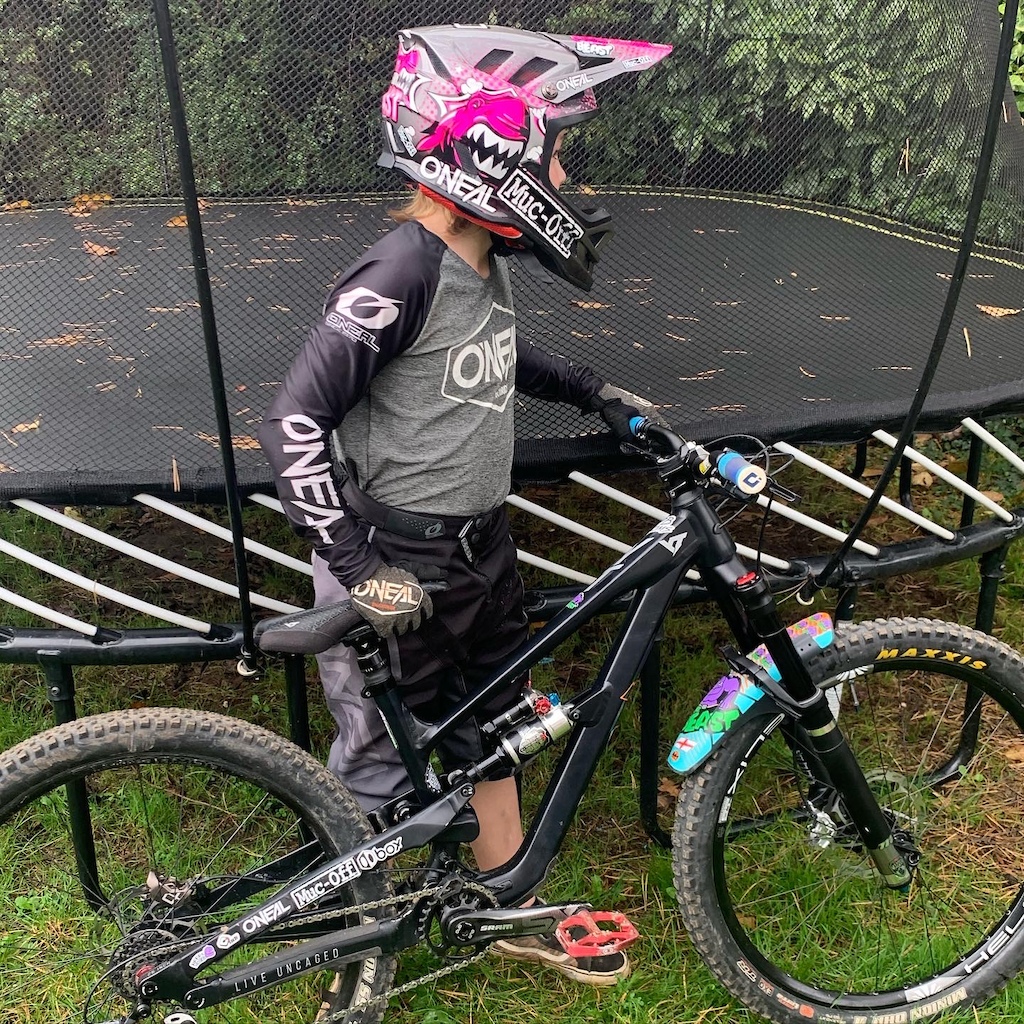 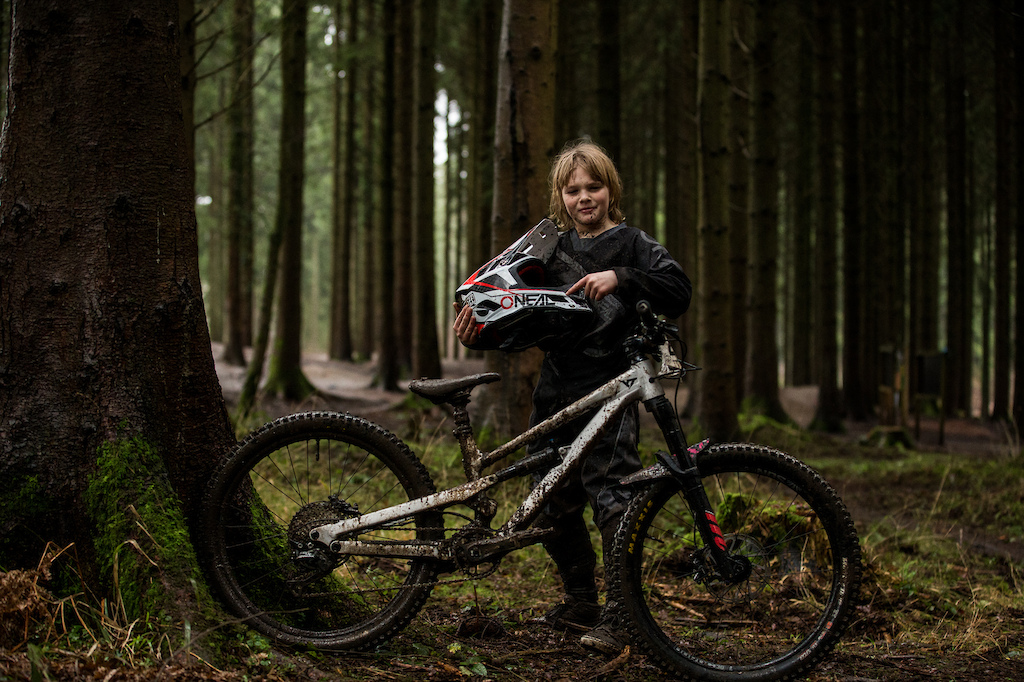 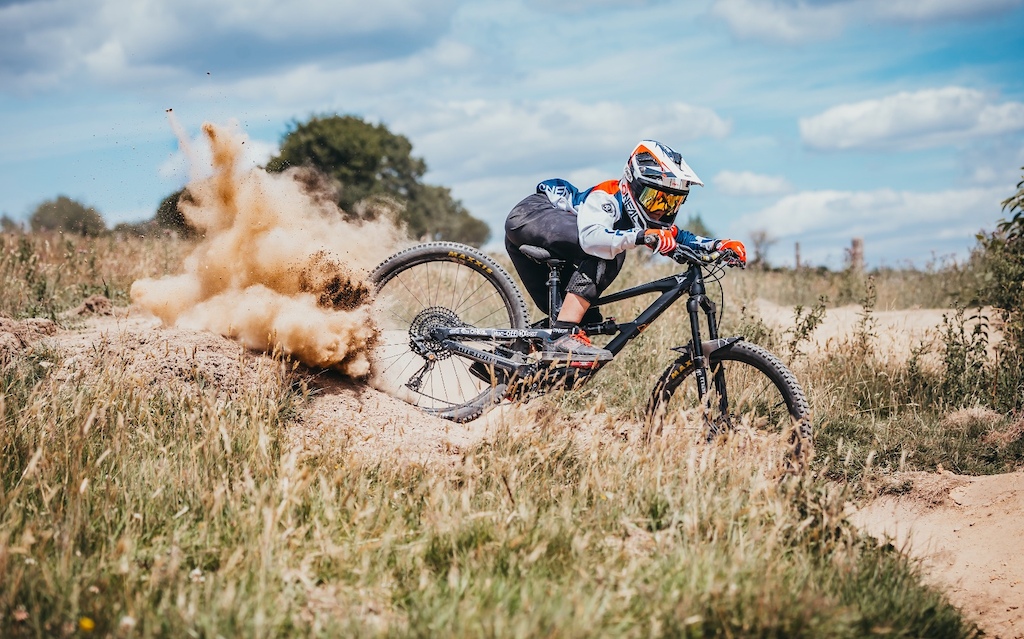 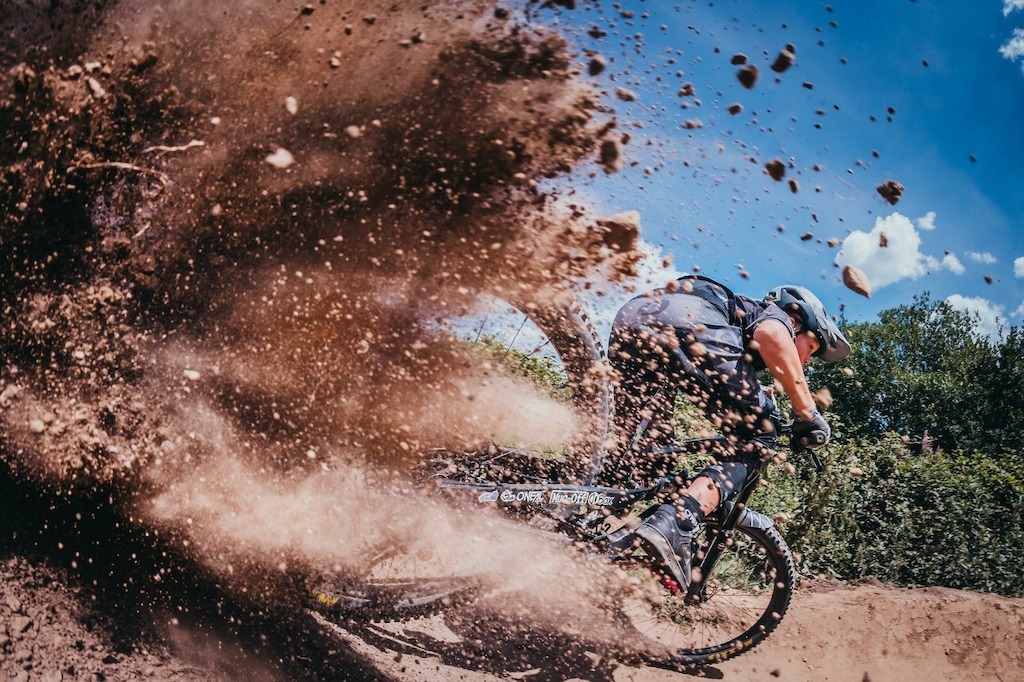 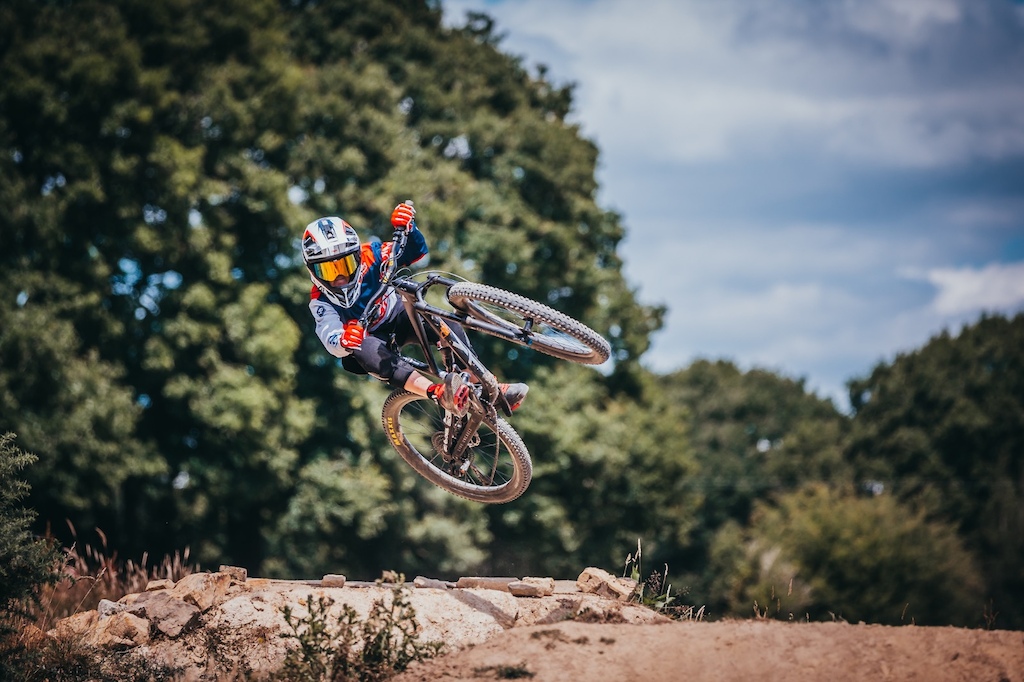 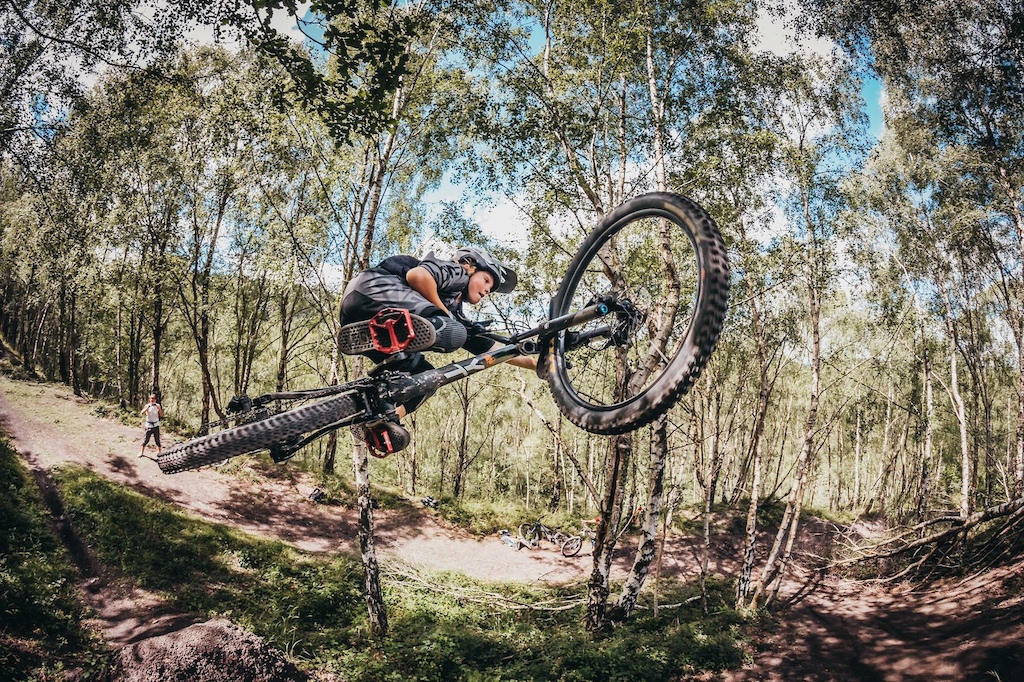 friendlyfoe (Dec 20, 2020 at 20:14)
Looked every bit as comfortable sending a huge step down as any pro. Wild skills on apparently everything with 2 wheels.

Genuinely amazing riding. Props to YT too, must be expensive with bikes, races and travel to the alps. Young talent indeed.

NERyder (Dec 20, 2020 at 5:15)
Wow amazing. As a parent of an 11yo I was both blow away and a little uncomfortable watching it. We enjoy a risky sport where serious accidents/injuries are inevitable once your performing at the level and amplitude this amazing kid is performing at. It’s got to be a hard balance as a parent of a prodigy, between protecting a child who is too young to weigh the danger of what they are doing, and helping what could be a generational talent advance.

Not throwing stones, just saying it’s got to be a hard balance and it makes me a little uneasy to watch any young child send such huge features. At the same time the kid is just so amazing you don’t want to clip his wings.

Mtmw (Dec 20, 2020 at 14:25)
@BMXrad: No fear is exactly the kind of thing that makes parents worry. I remember watching Greg Minnaar nope out of the road gap at Hardline - listening to his fear is how he's winning world cups at 36. The no-fear crowd usually has to watch him win races from home as getting out of the couch is tough for them at 36.

f387d (Dec 20, 2020 at 15:12)
@Mtmw: It is interesting how you choose GM as your example. You do know GM, AG and many more pretty much comes from the same line as Harry is on with all the disciplines .GM has competed in rampage, Always the first to send big gaps at WC, one of the early guys to back flip. I will put my MTB future on the line by saying that GM would hit the HL gap all day long if he was in race mode.

Its not that Harry has no fear, He is confident and calculated and has the skill to back it all up. He won't just send something if he knows he can't do it yet.
That will be in next years video.

slimboyjim (Dec 21, 2020 at 5:32)
@NERyder - I think any parent would be nervous, but that's always going to be balanced with having seen his progression. I've no doubt they wouldn't be letting him jump anything they didn't think him capable of... Harry clearly has talent and I'd say that, from the outside, they seem to be doing a good job at fostering it - the kid has access to all sorts of different types of riding (I've no doubt they drive him round a lot!) and seems pretty happy doing what he's doing (which is the most important thing at his age, let's be honest!).
I say well done all round and good luck!

luriaguy (Dec 20, 2020 at 2:00) (Below Threshold)
School and reading ability give you knowledge but not necessarily turns you to a better human. the cycling ability of the kid is incredible, he can defiantly still go to school before or after training or get his education after his riding career is over. i am sure his parents doing good job and enjoying every moment.

slimboyjim (Dec 21, 2020 at 5:19)
You legally have to take your kids to school in the uk, so he will be getting an education. There was a bit of a break due to Covid lockdowns though...

Urwho (Dec 20, 2020 at 1:23)
The raw power and style of this kid is mind blowing, One of my favorite riders to watch shred and he's only getting started ...woop woop young guns!

Guess I should probably stop complaining about how my bikes short wheelbase and chainstays make hard to weight the bike correctly in corners...

Lanebobane (Dec 20, 2020 at 9:18)
I kind of agree, but get that weird feeling that this parents are doing too much with his social media and brand at too young an age. It's pretty clear that his parents run his social media, which is way better than Harry running it himself. But it just feels like the "child actor dilemma" except there's not need because he's a bike rider. He can still be riding at this level w/o the exposure. Maybe it's just me though, I'm super paranoid about how social media is (to quote The Social Experiment) "eroding the moral fabric of civilization", and kids are super vulnerable to this.

I just look at all these non-riding photos and cynically think his mom said "Harry give us a funny face for social media!" and that kind of upsets me.

tommynator (Dec 20, 2020 at 12:02)
@Lanebobane: agree with you.
Guess it is good to let him develop his talent, but keep him off social media and sites like this. If the kids keeps hearing he is really good etc. It will bite him in the arse when he is older. Because these comments will end at some point and he will start questioning himself if he is still good enough.

nug12182 (Dec 20, 2020 at 16:05)
@Lanebobane: I didn't think of the SM, good point.PinkBike is the furthest I've been on SM. I haven't once been on FB, Insta,Twit or any of the other countless ones there are. I understand the positives to them but I grew up without cell phones and Gopros and life was a lot better then IMO. Just really really wish the bike technology and geometry was even close to what it is today. Kids are very fortunate to grow up with these options they got. I think its great but yeah, maybe keep the kid away from SM.

urbanWOLF (Dec 21, 2020 at 1:24)
@Lanebobane: knowing Harry personally he’s not asked to do anything; if he wants to ride, he is told when he can’t.
He’s also not asked to act a certain way like with the faces. It’s just his funny personality and he’s 10. 10 year olds pull faces. Heck I know 30 year olds that pull faces. He’s certainly not pushed and deffo isn’t a child actor or diva. He’s actually one of the sweetest and polite 10 yr olds I know and just loves to ride. I was out in a session with him on the hottest day of the year. He did his thing but also helped his little bro, chilled with his mates and let other kids ride his bike (custom from YT)
Harry’s a good kid enjoying what he loves and he’s flipping amazing at what he does so obviously brands will be interested but he’s never pushed to do anything and his dad will and does say no!
It’s easy to form a opinion and judge when you don’t know the circumstances but I can assure you, you’re way off base on this one ????

tommynator (Dec 21, 2020 at 2:17)
@urbanWOLF: I never said anything negative about Harry. I also did not say his dad runs his account.
All I am questioning is if it is desireable to expose kids of his age on social media. Maybe Pinkbike or other platforms should have a policy about it. Because there is a chance that the all the attention will damage the kid in the long run. Don't get me wrong: I wish him all the best. No hate.

urbanWOLF (Dec 22, 2020 at 3:28)
@tommynator: I didn’t say you did say anything negative dude (but you could construed your comment of “ If the kids keeps hearing he is really good etc. It will bite him in the arse when he is older” as bit negative if someone was so inclined but I didn’t say you were being negative at all) and again, And yes. I know you didn’t say anything about his dad or the account. I was telling you his dad runs his account. Not Harry himself. I know Harry and his dad and family so was trying to reassure you he’s not on social media himself but that seemed to drift past you. Never mind ✌️Peace Dude✌️

Jprestidge (Dec 20, 2020 at 6:57)
I remember being at Wind Hill and seeing this little kid (turned out to be Harry) heading down towards the Pro Line. Thought he was just going to look at it, but no, he was sending it off what are very very big doubles and massive step downs. Amazing!

ogdhnut (Dec 20, 2020 at 7:11)
I respect any parent that can keep their ten year old off of video games and YouTube vids and on a bike. My kid started to show some talent on a bike at 6 but I just couldn’t hold his interest. And I’m still working on him.

Curse-of-the-foot-long-sub (Dec 20, 2020 at 19:06)
Kids that age do what they feel is fun, and you can't really make them enjoy something, Harry's just got a love for the sport naturally which keeps him out there

TrevZ (Dec 20, 2020 at 7:32)
I've seen lots of kids this age hit features this big but his style on the bike is really rare in this age group IMO. Looking forward to watching him live his dream while my own body continues to get older and degrade and turn into shit cheers

Swanico (Dec 20, 2020 at 10:24)
Harry is a great example of showing how well all of the alternative two-wheeled disciplines feed off of each other. Pump tracks, moto, park, they all come together to make you a beast! I've been riding a Sur Ron the past year and it's helped my moto riding immensely as well as the MTB. I'm 53 and the constant practice of doing all three makes me feel more dialed than when I was 20! Of course, maybe it's the 50mm stem on my bike now vs. the 120mm back then.

oldmanhucking (Dec 20, 2020 at 13:10)
That was absolutely unbelievable. Harry, you are one hell of a little rider and I look forward to watching your continued progression!

VWsurfbum (Dec 21, 2020 at 4:45)
Sometimes you find your true calling in life, to find it at 10 is amazing, Been following his Insta for a while, always blown away. Keep it up Beast.

captaindonut (Dec 21, 2020 at 23:36)
Local boy who genuinely loves to ride. Him and Finlay are proper steeze monsters.