“29ers can’t do barspins.” “Mountain biking is serious business.” “You should always go as fast as you can.” “You need to be a rich kid to get into the sport.” “There’s only one way to be a pro mountain biker.”

Kirt Voreis has been a staple in the sport of mountain biking since the mid-1990s. Over the last 25 or so years, he has proven all these cliches wrong--and in turn, he has really improved our sport. Kirt has an interesting story, very different from my own. Since I was a kid, I’ve watched his career closely. 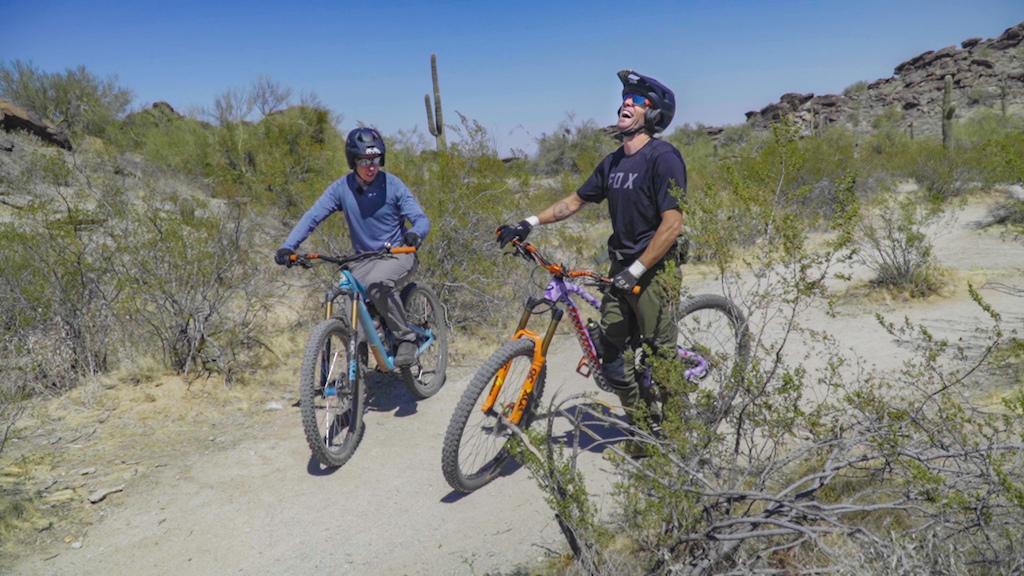 Kirt and I both have downhill, slalom, 4x, and enduro racing backgrounds, as well as childhoods steeped in BMX. 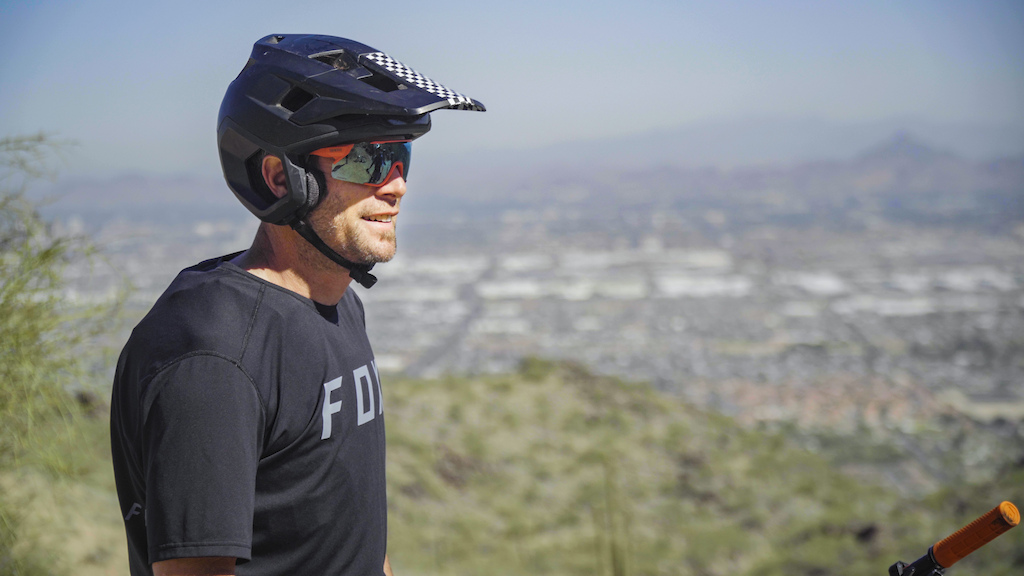 Kirt and I have very different backgrounds, but I do believe he helped pave the way for content creators like myself.


With my own background in racing, I always thought of Kirt first and foremost as one of the top racers in the sport. He’s stood on world cup podiums alongside some of the best racers of all time. While I saw that when I was at a formative age, and it’s forever burned into my own psyche, we tend to best remember the winners when it comes to racing. And while Kirt has won plenty of races, he hasn’t won a world cup* (yet- it’s too early to count Kirt out) or big championship. When he was seemingly at the height of his racing career, the crash of the US bike industry in the early 2000s, followed by the crash of the US economy in 2008, meant racing opportunities for US-based racers were few and far between. 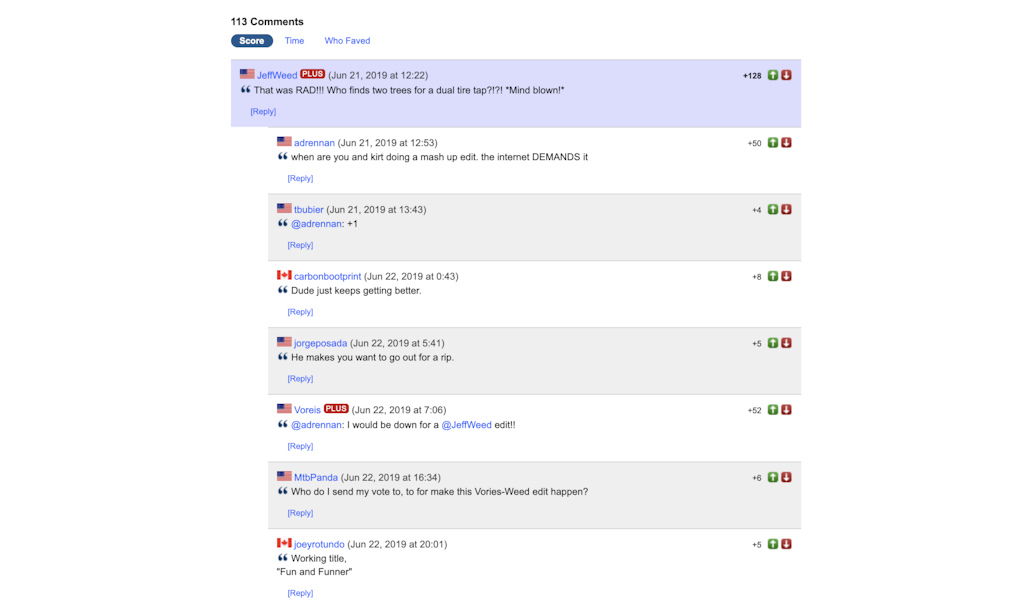 I really enjoy Kirt’s videos, but I never dreamed that we’d be able to get together and do a little collab. It was honestly your comments here on PinkBike that inspired me to approach Kirt about making this happen--thank you! 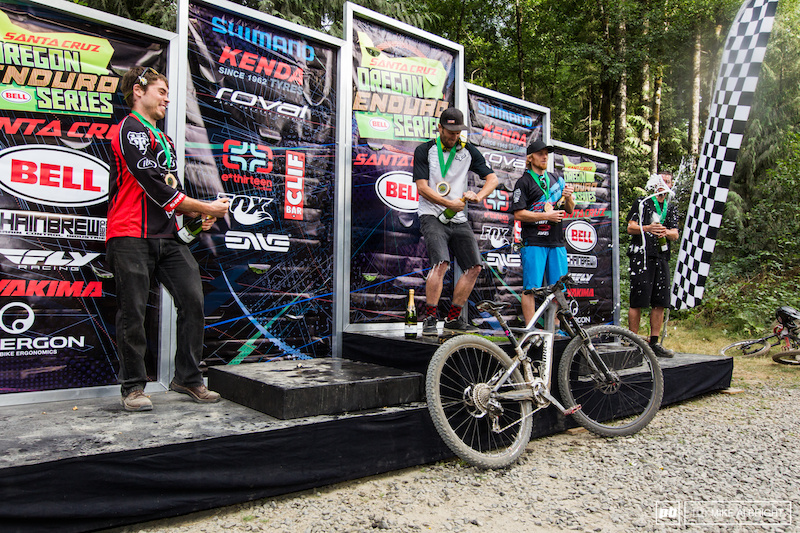 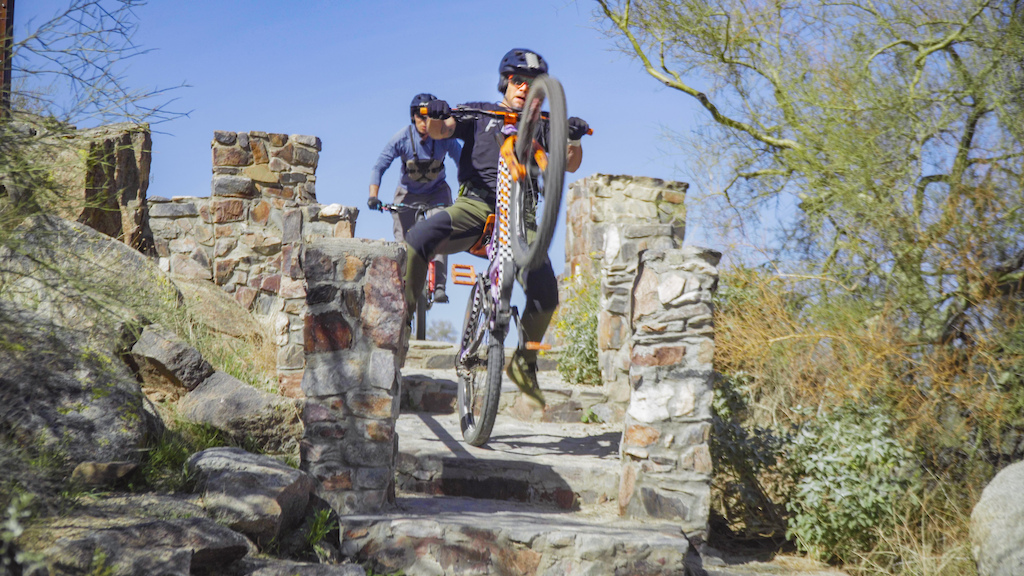 This is how most people crash. For Kirt, it’s a warm-up.

South Mountain, located just south of the Phoenix Metro area, is considered sacred by the Akimel O'odham and the Kwevkepaya band of Yavapai. The park is the largest municipal park in the United States. Petroglyphs and other artifacts can be found throughout.
But Kirt wasn’t just a racer. Ironically, Kirt got his first big break when he sent a videotape of himself jumping and stunting to the former owner of Yeti. Through that, he was able to hit the race circuit with Yeti’s support. About a decade later, when he tired of racing and went more full-throttle into freeriding (for lack of a better term) the timing was spot-on. When other racers had to find jobs, Kirt created his AllRide tour. 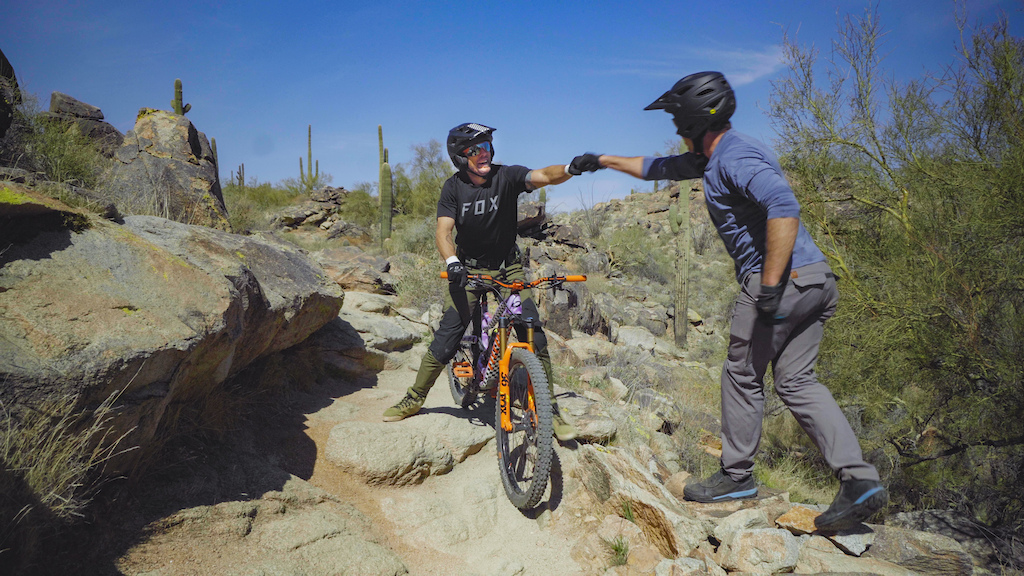 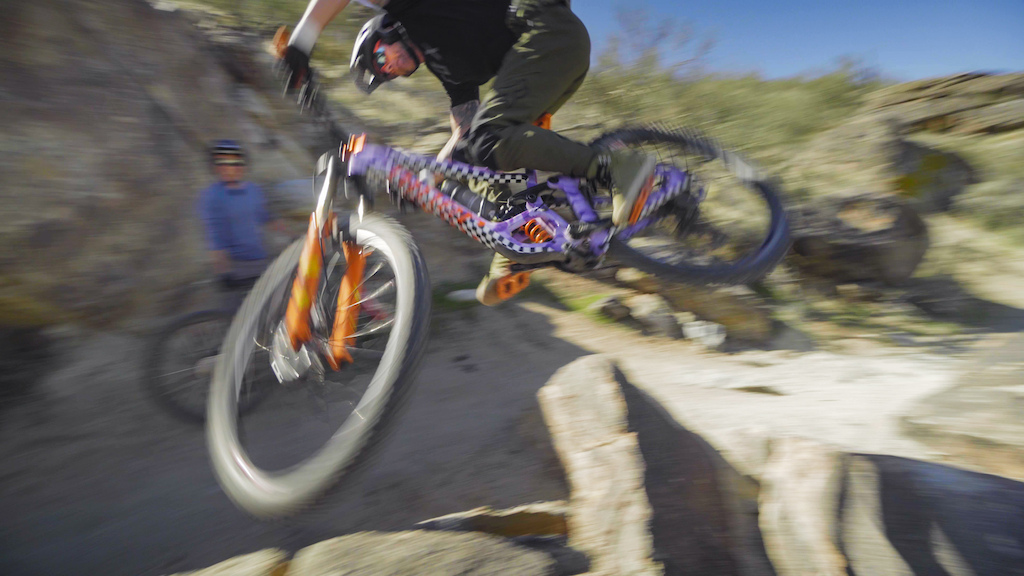 Kirt’s ledge ride might indeed be an “NBD”- Never Been Done. And the little hip on the top of the trail? So fun!


I’ll never forget when Kirt mentioned he had watched and enjoyed one of my own videos, one that Elliot Wilkinson-Ray put together. I had actually been a bit embarrassed that we had filmed that stuff, as it wasn’t anything too crazy hard. But that was some serious validation. Now that I’ve spent a few years making content full-time, and logged over a decade in various white collar sales jobs, I appreciate Kirt’s tenacity and perseverance more than ever. The dude is an absolute legend on and off the bike. These days professional riders often dominate a specific field, but Kirt blends good skills in a bunch of fields. He crafts together a whole new genre, done with a signature style that can’t be beat. 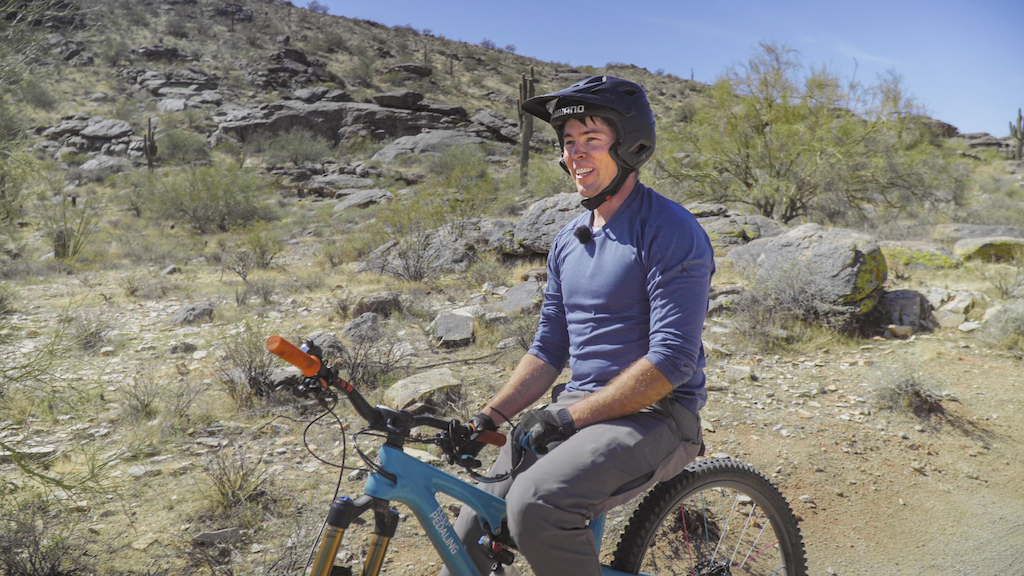 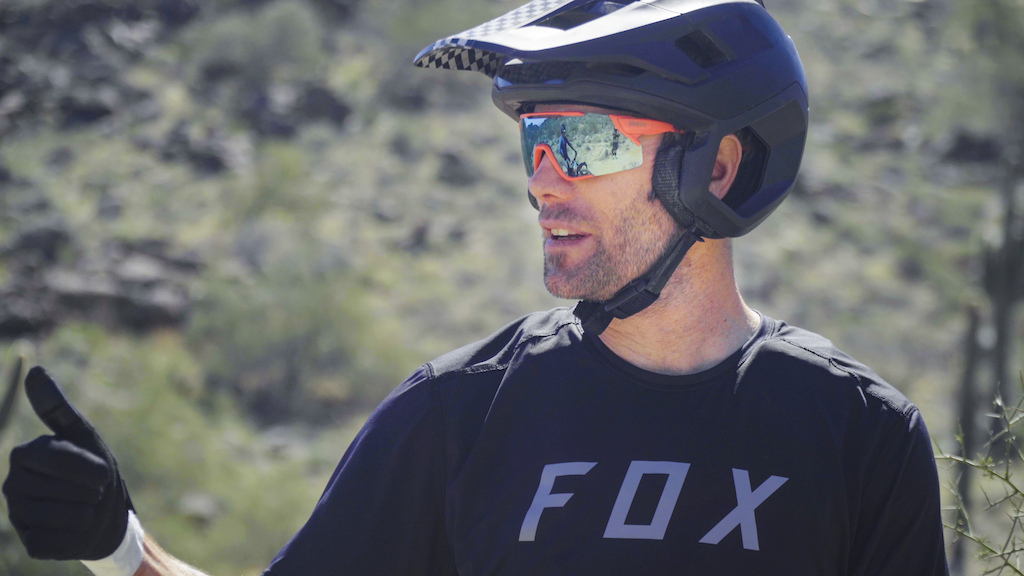 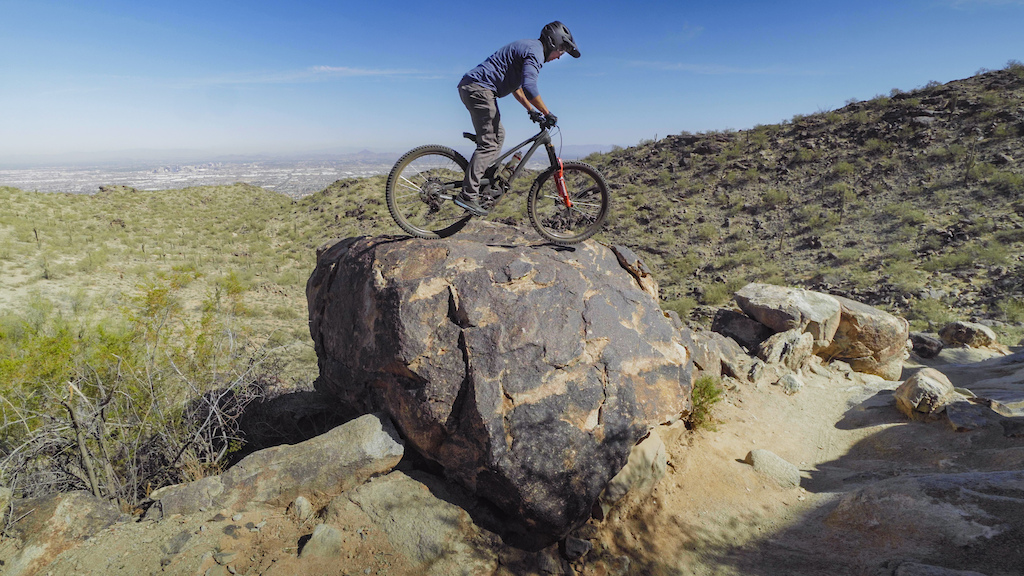 I feel like this rock is a great example of how different our styles are. I really like to use the brakes for a little added control, to take my time, and find the line I want. Kirt didn’t even pause once he got to the top of the rock: he just dove right down the backside. I’ve noticed that kind of fluid balance comes from years of skateboarding, and I kind of wanna try skating some bowls now! 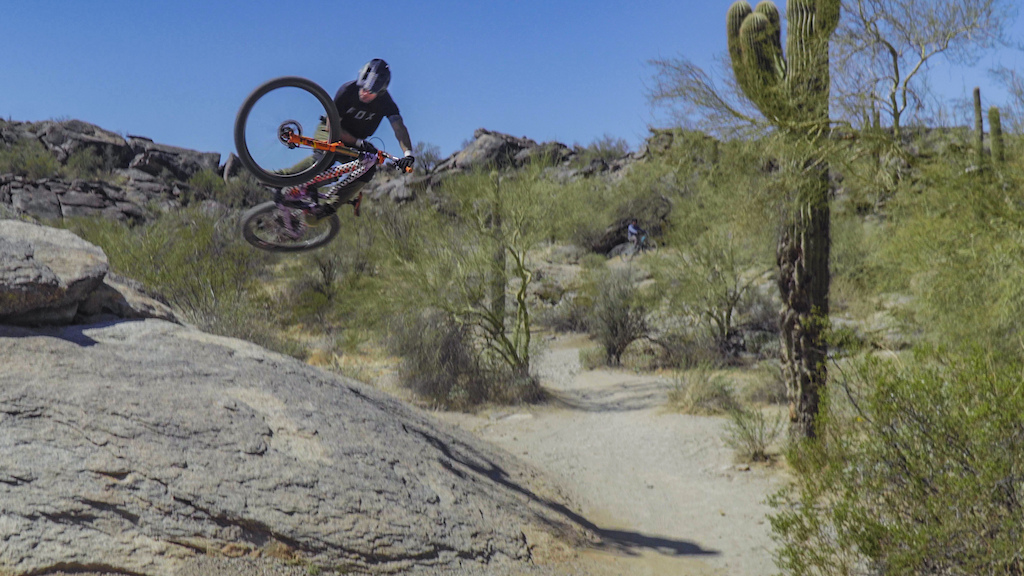 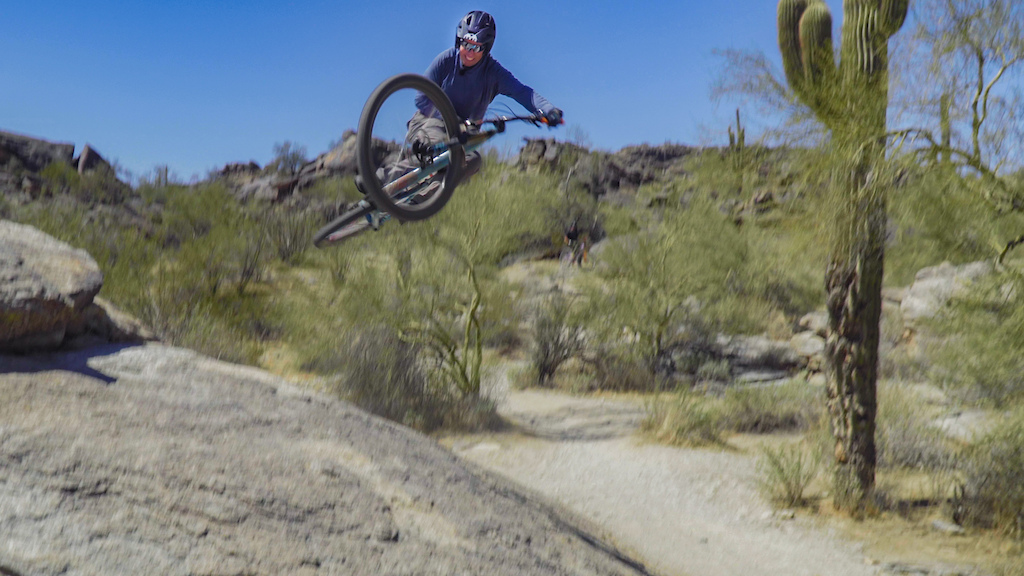 Well, one of these was flat...

This video was a lot of fun to put together. Our ideas and lines were so different! I haven’t done a barspin in well over a decade, and don’t really plan on doing those again. However, I don’t mind coming to a halt, using the brakes to control something, then trying to smoothly ride away. Kirt has the skateboarder balance and looser vision of what’s “clean,” which is pretty cool! 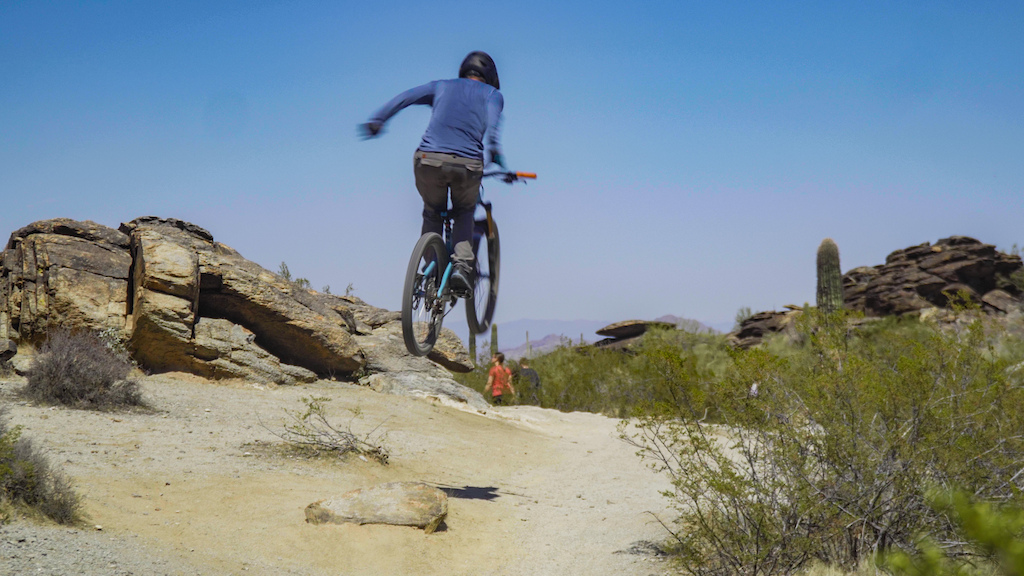 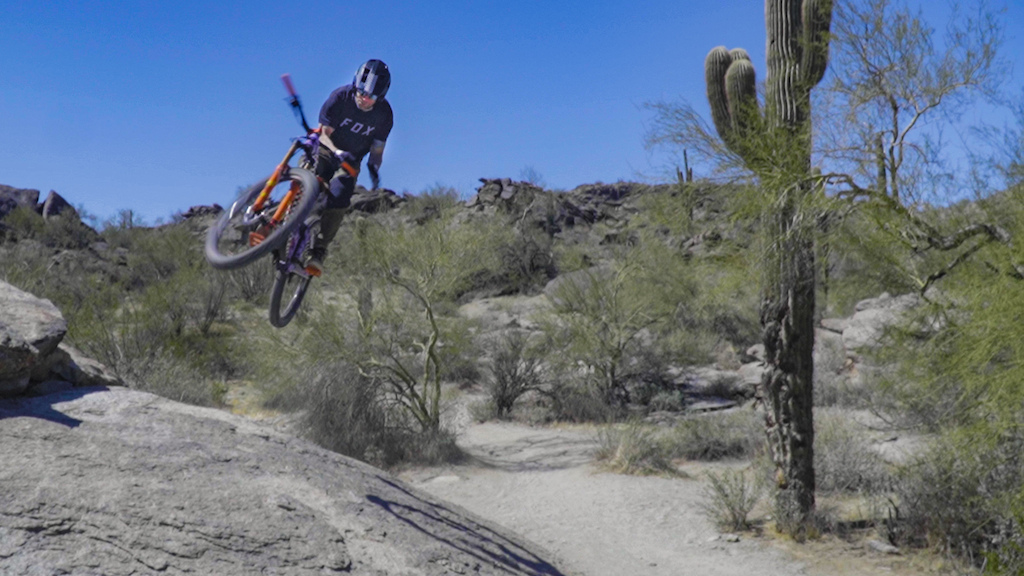 You can take the BMXer off the 20” wheels, but the trickery will always remain!

I know I always hit that play button when I see a Kirt video, and you know what? You should too! 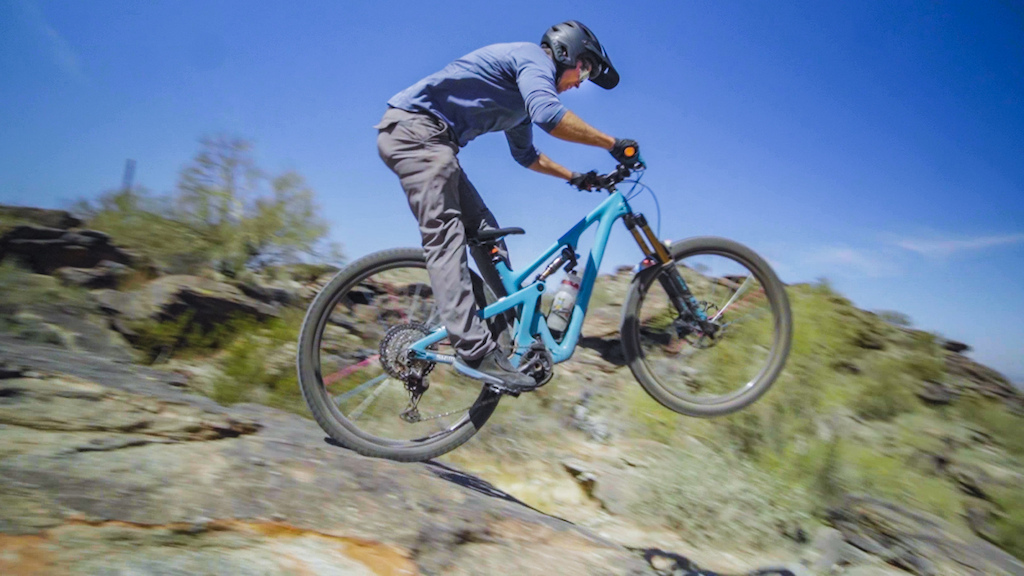 JeffWeed Plus (Mar 29, 2021 at 14:36)
Hahaha thanks for that comment man! Hahaha, I titled the original post "Fun and Funner" as per @joeyrotundo's comment. Unfortunately the staff at PB changed it to what it is now, but rest assured, many comments do indeed get read!

Avanwin (Mar 29, 2021 at 14:05)
This is my favorite type of riding. I'm nowhere near their skill level but I still love following creative riders like Kirt and Jeff for the inspiration to hit what I can and have fun with what whatever the trail has to offer.

JeffWeed Plus (Mar 29, 2021 at 14:29)
Right on man, it's among my favorites too! The "session" factor isn't as common in MTB as in BMX, but it'll always be fun. Especially with someone as talented as Kirt!

On an aside, how boring would the internet be without comments?

spaztwelve (Mar 29, 2021 at 16:07)
Pleasure to watch. It’s great to see the two of you ride together, and for us to see the process by which you all devise cool lines. Keep it up! You should do more of these!

nogirlsatgt (Mar 29, 2021 at 18:27)
Jeff, Thanks for being such a great ambassador for the sport. You've got great skills, a better demeanor, and a knack for showing both off in the content you produce.

+1 on South Mtn trail system being super duper fun! To think that just 20 years ago cleaning the waterfall was a challenge.

JeffWeed Plus (Mar 29, 2021 at 18:53)
Thanks man! There were pictures of folks descending the waterfall ~25 years ago in Bike
Mag. I think I saw several different shots, including a night ride long exposure with a strobe at the end. And I always thought it looked gnarly back then!

thustlewhumber (Mar 29, 2021 at 21:02)
This came up in my YouTube playlist and I immediately nerded out - "Jeff AND Kirt???" You ride with the coolest people, glad to see you also nerding out too. Kirt is a legend.

Snake-Plisskin (Mar 29, 2021 at 16:31)
All I do is look for alternative lines on trails. Created quite a few and followed as many as I dare. I absolutely love creative riding, coming from a surfing background where the wave is your canvas to shred.

Just picked up on JKW a year or so ago when I got back into riding. I’m an old schooler from the days before suspension to the first decade of free ride hucking. Took some years off from serious broken bones and getting life in order. Back to vacationing in Moab etc to get my old man stoke burning again. JKW travel videos got me dreaming of hitting the lottery and riding the world over for fun.

Have always been a Kirt Voreis fan. Seemed to be having fun racing and not stressing sponsorship. Paid to play. Not slave to results and corporate demands. At least I hope that was true. Brett Tippee and Josh Bender just couldn’t hang riding with the stress. Brett took the office job and partied it away and Bender probably still rips his backyard for fun with no cameras clicking. When the fun becomes a job, it ain’t fun no more. Hence creating alternate lines for fun.

JeffWeed Plus (Mar 29, 2021 at 18:47)
Thanks for the nice note Plisskin! I’ve got a lotta respect for how Kirt has made a career outta riding, too!!! And thanks for following my vids, welcome back to the sport!

skicey (Mar 29, 2021 at 19:08)
Awesome riding guys! I live at the base of the mountain and really should spend more time messing around in the features national has to offer. I get stuck only seeing my usual lines.

foxinsocks (Mar 30, 2021 at 6:21)
Two of my top favorite riders fooling around. Awesome! They're such a good match together. so much fun to watch.

foxinsocks (Mar 30, 2021 at 10:10)
@Voreis: Thank me by never growing up and keep riding like an irresponsible manchild

JeffWeed Plus (Mar 30, 2021 at 9:16)
It's super cool. And it's wild how popular and crowded it is, but it's just big enough to disperse all those crowds pretty well.

BamaBiscuits (Mar 29, 2021 at 17:49)
Jeff was made for Evils lol. 430mm chainstays to manual even MORE things, assuming that’s even possible

JeffWeed Plus (Mar 29, 2021 at 18:50)
Hahaha yeah that broken derailleur was a bummer, but both bikes there are “mine”. I try to have Logan ride my bikes when possible- tho he’s 30lbs lighter so sometimes he prefers his own. I do have him using all my camera gear as well for these videos.

I still have a bunch of Ibis bikes and do ride them often. I’m not limited in any way as to what bikes I can ride, but I try to use primarily brands that are available through one of my best sponsors, Jenson USA.

medallion74 (Mar 30, 2021 at 10:22)
The bike control is astounding! The average rider myself included would be OTB or off the side, rolled ankles on most of that. Great to see how the heavy hitters see the trail. It's obviously more fun the better you are. Great job!

shawnca7 (Mar 30, 2021 at 8:06)
Yes! One of the best collabs ever! Thanks so much guys! Now I need to go back to South Mountain and see your guys' impossible lines in person.

JeffWeed Plus (Mar 29, 2021 at 18:41)
Heal up quick! But don’t rush it, either! Thanks for the feedback, Kirt and I are hoping to do a sequel this summer- but probably in the PNW for the next one cuz summer.

mikedk (Mar 30, 2021 at 20:38)
Two of my favourite riders. Great session guys! Looks like a blast. Finally spring here in BC and I’m super stoked to ride more now! Thanks!

trailhunter1 (Mar 30, 2021 at 11:05)
So sick to see these two riding together. Kirt has always been a long time favorite of mine, now Jeff is too! SUBSCRIBED!

jivonnet (Mar 30, 2021 at 11:12)
@Voreis What kind of protection were you wearing under your shirt? What about wrists? Is that just tape?

JeffWeed Plus (Mar 29, 2021 at 14:34)
Kirt might have to correct me, but I believe they were Deity Deftrap pedals. I ride Shimano XT flat pedals, but those Deity units sure look really good!