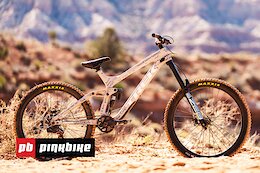 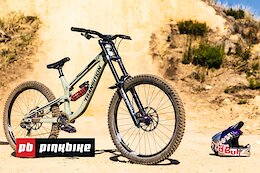 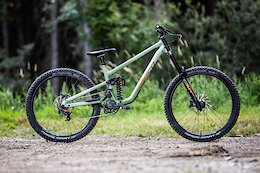 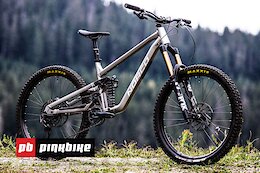 Field Test: 2021 Norco Shore - The Freeride Tank
The Shore is back for another round of freeride glory, this time with 27.5" wheels and 180mm of travel.
Read More | 339 Comments
Reviews and Tech Field Test Enduro Bikes Fat Bikes Norco Norco Shore
Mike Kazimer    Oct 14, 2020 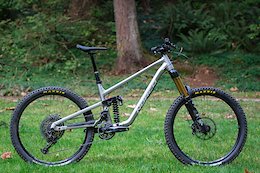 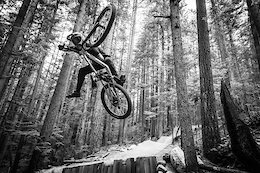 2010 Norco Shore 2
The Shore series is a flagship amongst the Norco bike line and has been serving riders for the better part of a decade. Based in the North Shore region of the world, where a lot of the aggressive, and abusive riding has been fathered, Norco has been doing research and development not only on the Shore terrain, but on the Shore as a bike that can tackle it all.

The Shore has gone through a number of phases, from a burly downhill bike designed for the most abusive, and technical trails this side of the water, to an All Mountain orientated "Shore" bike, designed for total domination on that terrain.

Norco Shore Two 2009 - Full review
The Norco Shore series of freeride bikes are built to handle the punishing terrain of Vancouver's infamously technical North Shore, including meaty rock hucks, mind-puzzling stunts, and big boy jumps. These bikes are designed with abuse in mind and after several months of heavy usage, the hearty component spec shows little sign of fatigue. The Shore's compact size feels comfortable and balanced in the air and handles pretty well when the going gets fast. Although it's not claimed to be a great pedaller, some adjustment could get this bike up to being somewhat of a contender for the "one bike", depending largely on the needs of the Shore-style rider. 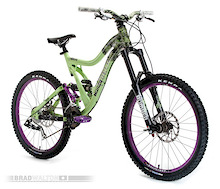 '09 has already been a fantastic riding season here in Washington with our unusually dry and warm-ish winter (post flooding). The December snow storms still have remnants on the upper trails, but for the most part riding has been occupying most of my time as usual. To make things even better, I've got a great spring test bike courtesy of Norco Bikes . Before I hit the trails with this new steed, I hit up the studio to show you some product highlights of the 2009 Norco Shore Two.
Read More | 155 Comments
Reviews and Tech First Looks Norco Norco Shore
Mike Levy    Oct 2, 2008 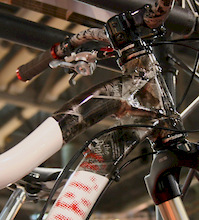 Interbike 2008 - Norco Shore One
Norco's Shore line represents their vision of a serious and versatile freeride bike. They have been an important part of Norco's big-bike stable for many seasons now but for '09 the Shore series gets a makeover of Ricki Lake proportions. We're going to take a closer look at their all new Shore One, the top end bike in the line-up.

Norco Shore, SIX and 4X series bikes for 2009.
Norco Bikes of Port Coquitlam B.C. chose Whistler B.C. as the place to launch their 2009 bike line up to the Media, Dealers and International Distributors. All last week you could see their new bikes ripping laps in the bike park under happy riders. I've shown you the new Empire 5, the Team DH, the Alines and the Atomik, so today let's have a look at the Shore Series, the SIX series and the 4XXXX model. 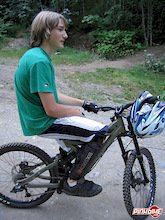 A weekend in Whistler with my 2005 Norco Shore
Hey all you riders out there! My name is Eric Pauwels and I am 15 years old and my local shredding area is Chilliwack BC and anywhere else that I can catch a ride too. Through out the summer I’ve had the pleasure of riding the 2005 Norco Shore out here in Chilliwack B.C. on my local trails. As luck would have it, I even managed to get out to Whistler with my buddy Kyle for a trip. Here’s a little story on our trip and a lot of info on the sweet ride known as the Norco Shore.
Read More | 7 Comments
Reviews and Tech First Looks Norco Norco Shore