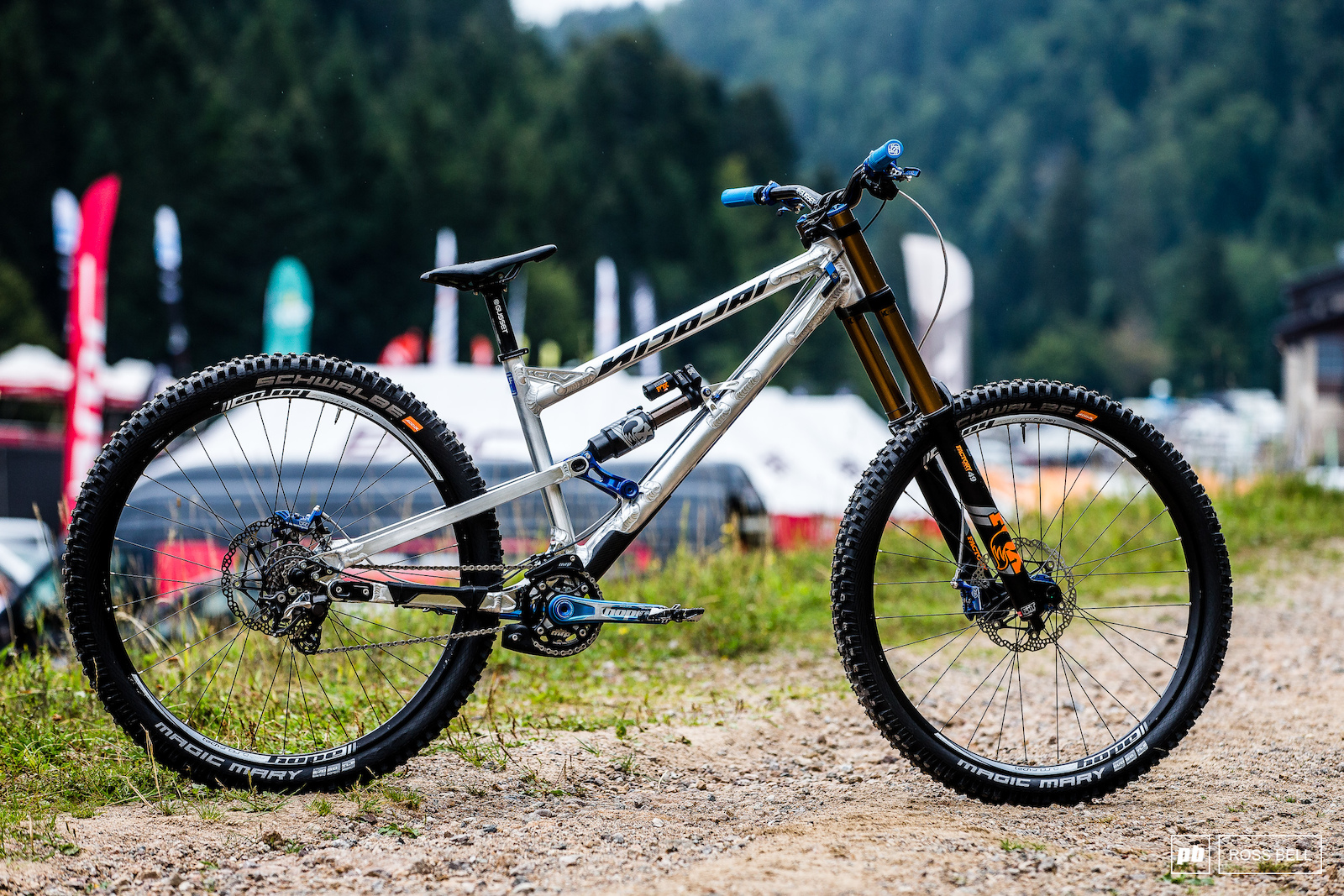 Jack Reading's
Nicolai 29er DH Bike
Jack Reading is finishing up the World Cup season on a new bike, a prototype Nicolai 29er with similar geometry to the 27.5" G19 that he was on previously. The aluminum-framed bike has 180mm of travel, 10mm less than the G19. That reduced travel, along with the position and angle of the seat tube, were necessary to make sure those big wheels didn't contact the frame during bottom out. The overall length is a little longer than what Jack is used to, but he said, "With how fast and straight most of the World Cup tracks are, you know, a big long bike is fast. It's going to be interesting to see. We may make a prototype that's slightly smaller, but until I've ridden it, we don't know."

When Pinkbike photographer Ross Bell caught up with Jack he didn't have many setting to disclose - he was planning on doing back-to-back runs on his 27.5" and 29" bikes, and then working on his setup after that. The La Bresse track is short, but with plenty of variety - it should serve as a good testing ground. 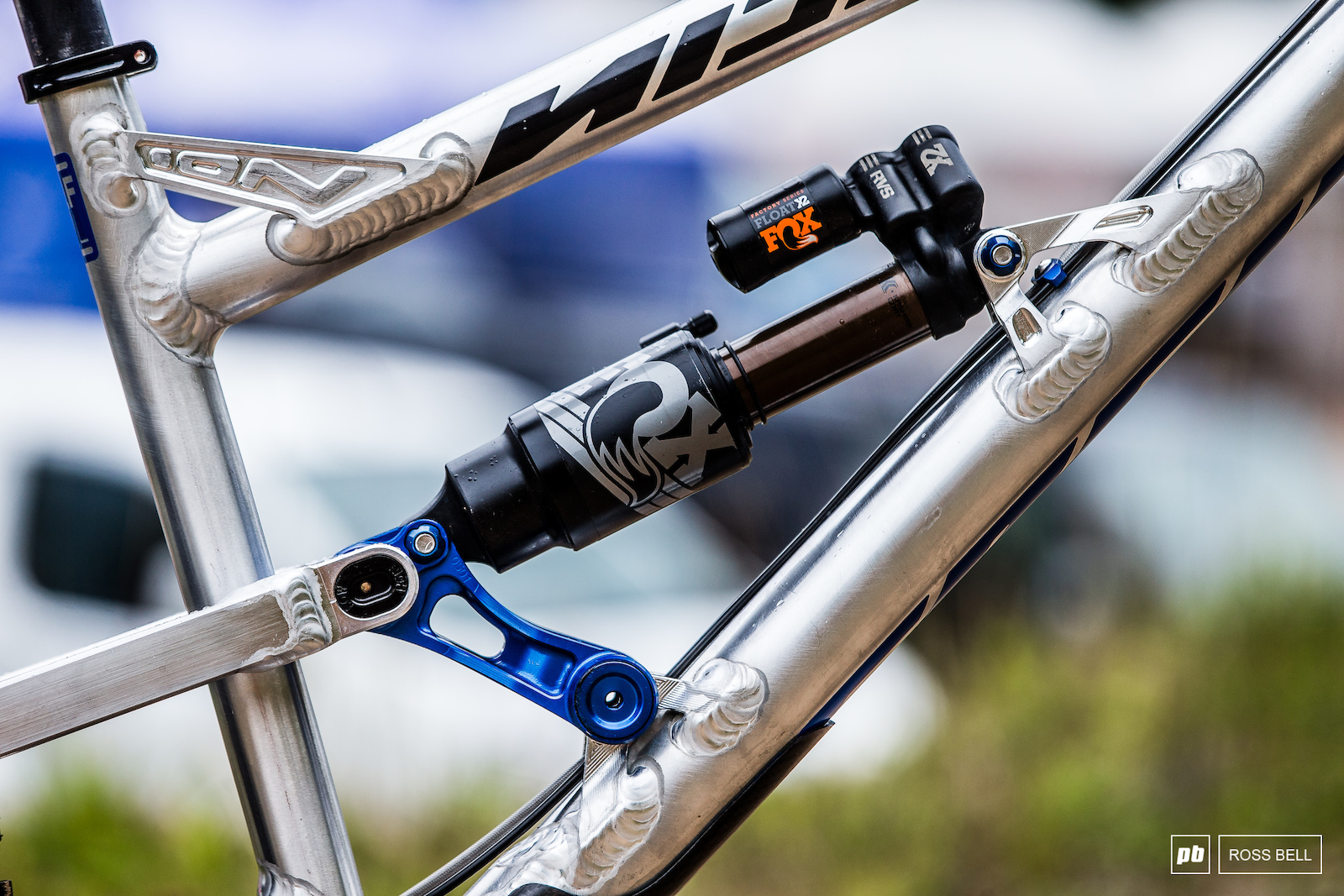 The prototype has 180mm of rear travel. 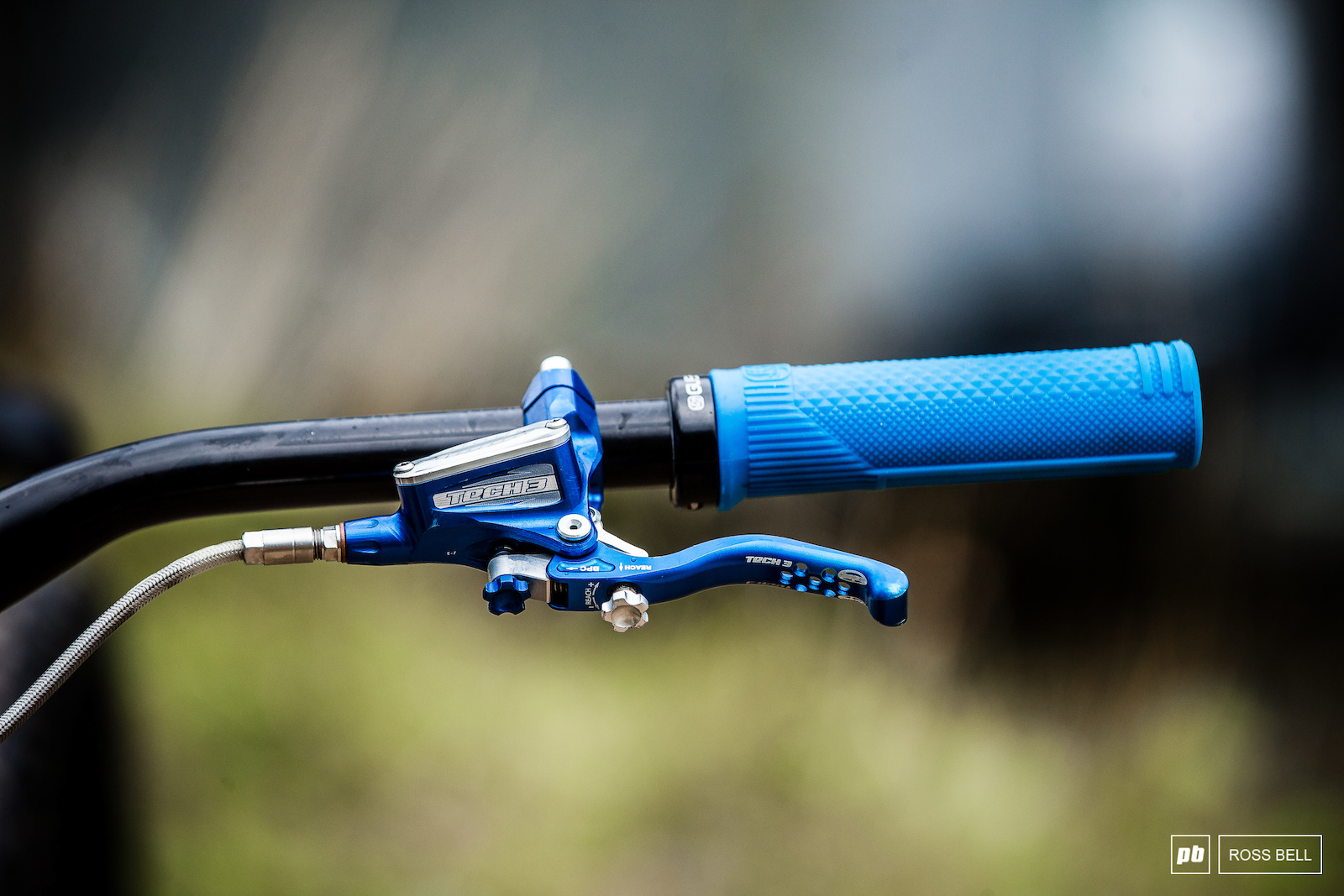 It's all about the color-coordination - blue Hope Tech 3 brake levers and blue Gusset lock on grips. 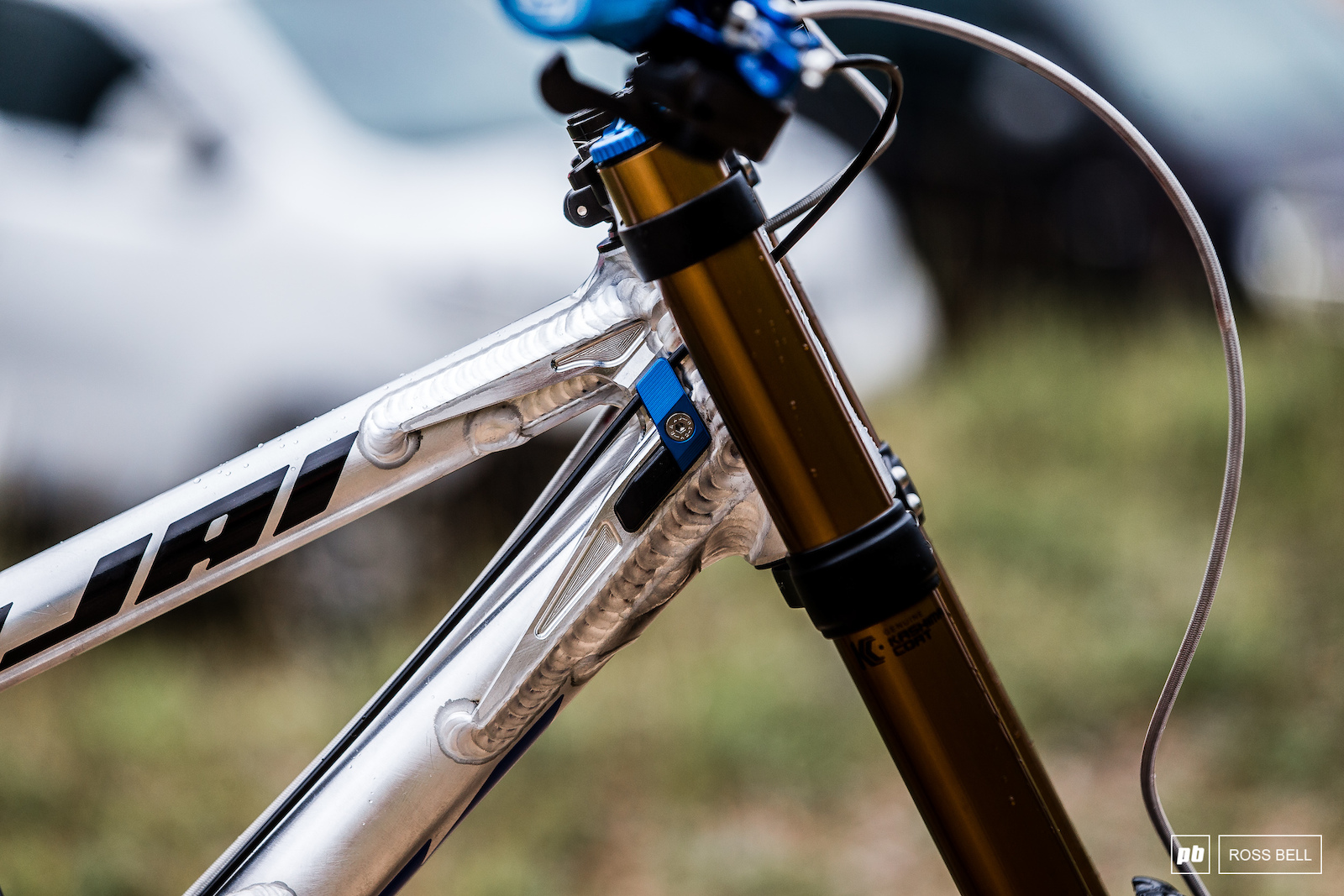 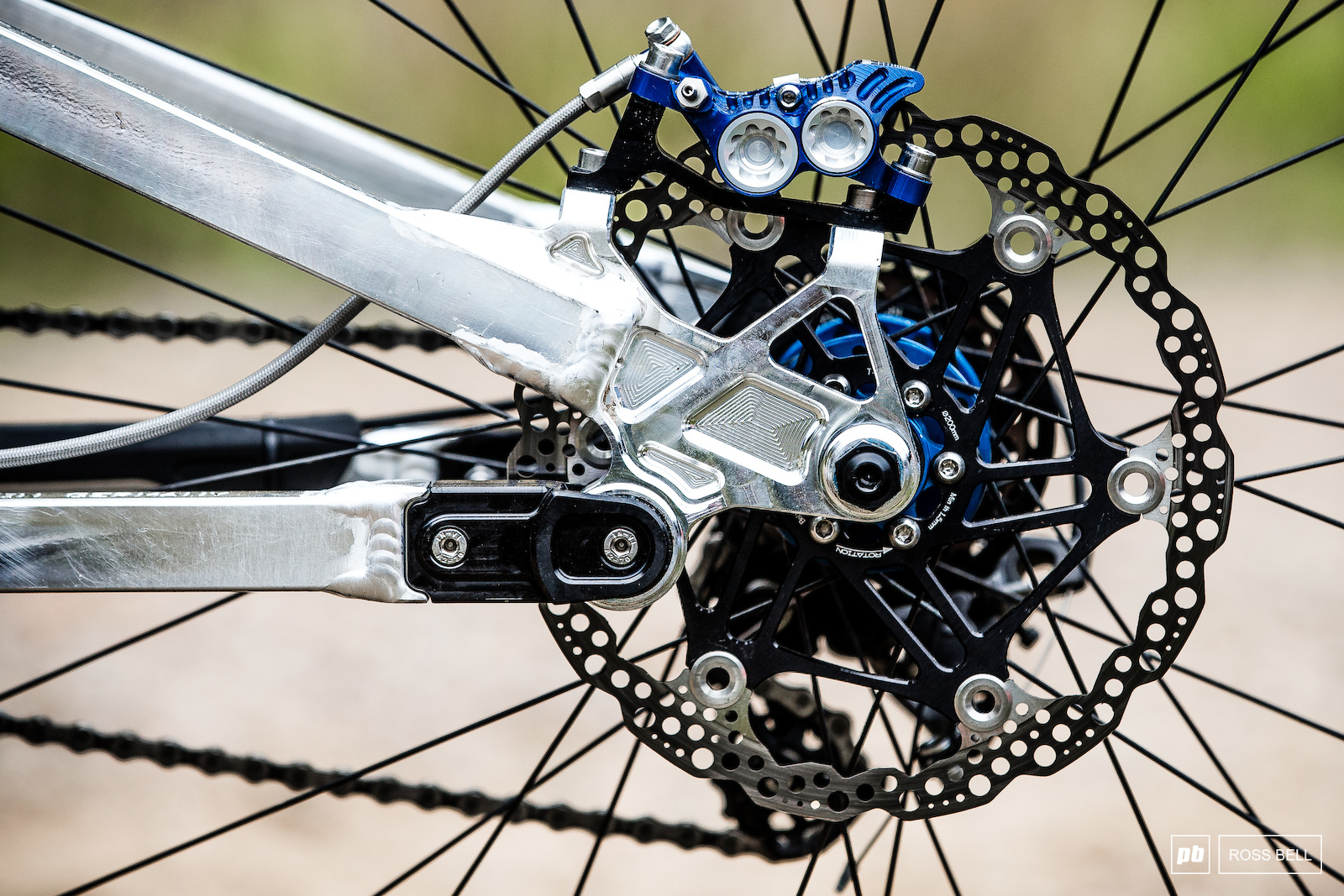 Blue and silver from front to back. 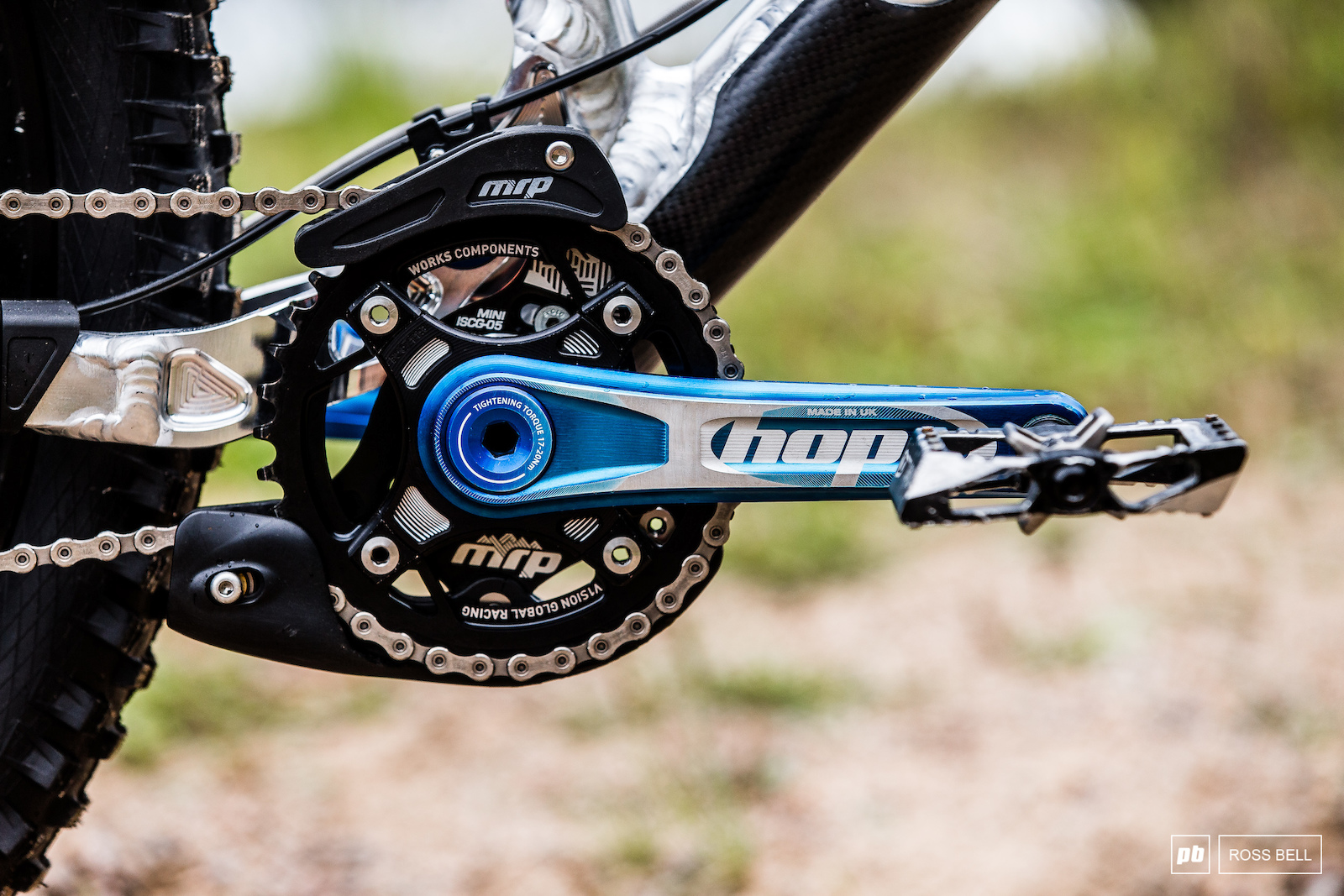 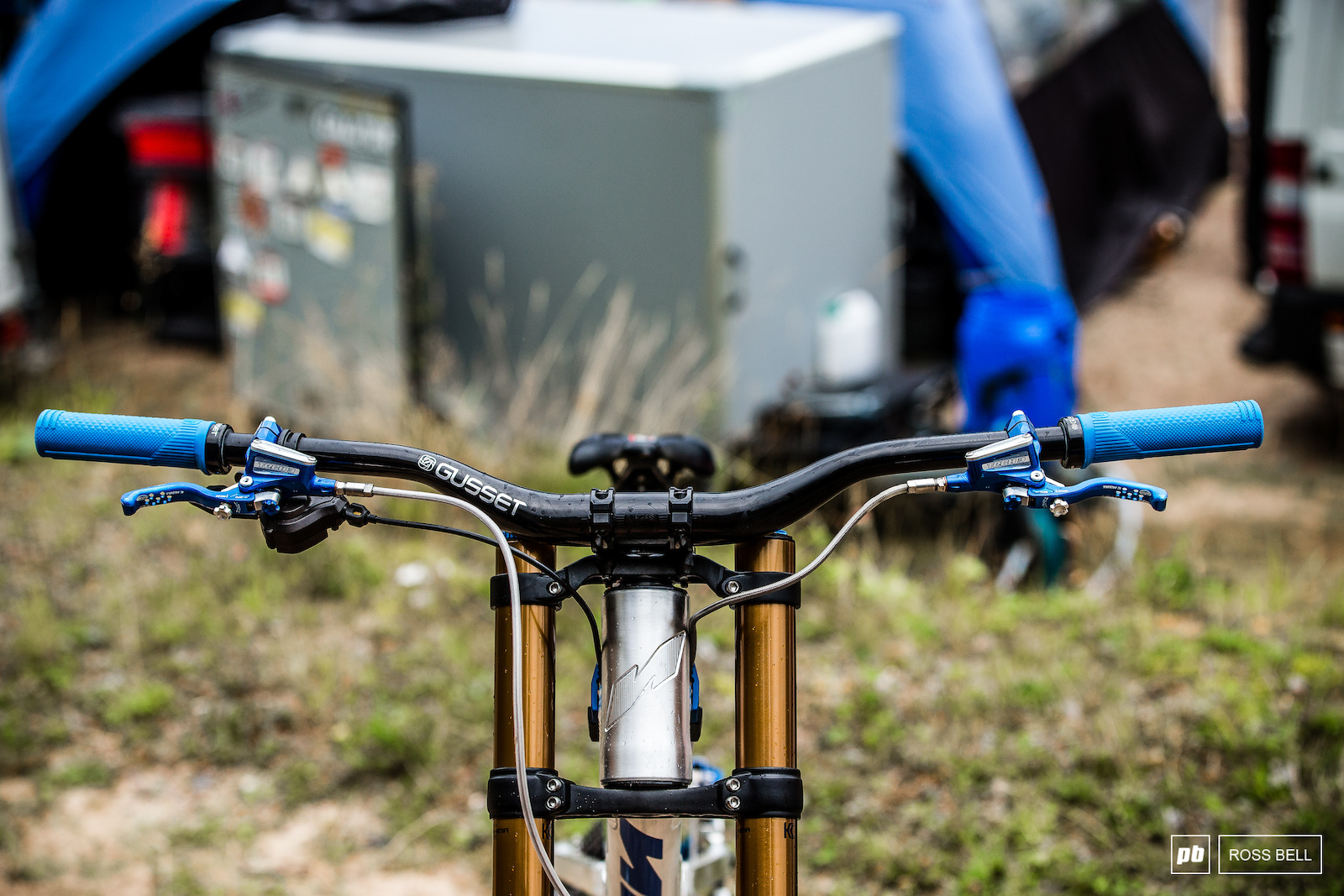 rockchomper (Aug 24, 2018 at 11:01)
@PauRexs : They pop in out out of world cup races. I believe this year there is one elite men and one junior men riding one. From the Dorval AM team. Just for further input, just because they may not be perfectly refined for world cup racing yet doesn't mean they aren't better for the average rider. Personally I am sick of having rides ruined by a broken derailleur. Even the pros admit the suspension works way better with a gearbox, there are just some tweaks that need to be worked out before it will be common in world cups. Remember the dropper post was mocked about 15-20 years ago and now look at it! It got refined and now almost every bike comes with them!

mollow (Aug 24, 2018 at 11:27)
@rockchomper: except that gearboxes have been around for longer than that and have seen very little improvement.

rockchomper (Aug 24, 2018 at 11:42)
@mollow: I think that is because until now we haven't had the materials and technology to make gearboxes light and reliable. I have a feeling we will see a huge jump in the progression of gearbox bikes in the next 5 years.

mollow (Aug 24, 2018 at 12:14)
@rockchomper: that's what people have been saying forever. Everybody knows an electronic shifting would make shifting under load possible and yet nobody makes it happen...

humoroususername (Aug 24, 2018 at 12:15)
@rockchomper: how long have we been hearing that exact statement now? I remember people saying this in 2011 when zerodes were around a bit.

rockchomper (Aug 24, 2018 at 13:03)
@mollow: I agree talk is cheap but you must admit we have already seen huge leaps in gearbox technology just in the last two years. So it most definatley is being advanced/refined. My problem isn't how to shift the derailleur but its the derailleur itself. It is a week point and even an expensive electric one can be easily ripped off the bike in a rockgarden or crash. @humoroususername

PauRexs (Aug 24, 2018 at 14:42)
@rockchomper: yes was saying just for this mass weight forces distribution that affects suspension and handeling. I do not expect to see them on big sponsored teams yet... But small structures and the ones like Nicolay that always tries to go one step further... it quite surprises me...

rockchomper (Aug 24, 2018 at 15:04)
@PauRexs: hopefully we will see more in the future or at least something that gets rid of that pesky derailleur!

gonecoastal (Aug 24, 2018 at 15:32)
@rockchomper: I had a look earlier this season; appeared many Dorval AM racers were on the Commencal frame this year. Benoit C. was riding an Effigear Nicolai G19 last season I believe

Enduroist (Aug 26, 2018 at 12:33)
I have a geometron, the back isn't super stiff, the slight flex helps with traction but it doesn't feel soft, pure stiffness isn't always the best way!

vitality (Aug 25, 2018 at 7:19)
if you like to see something really disgusting chek KUVALDA bikes