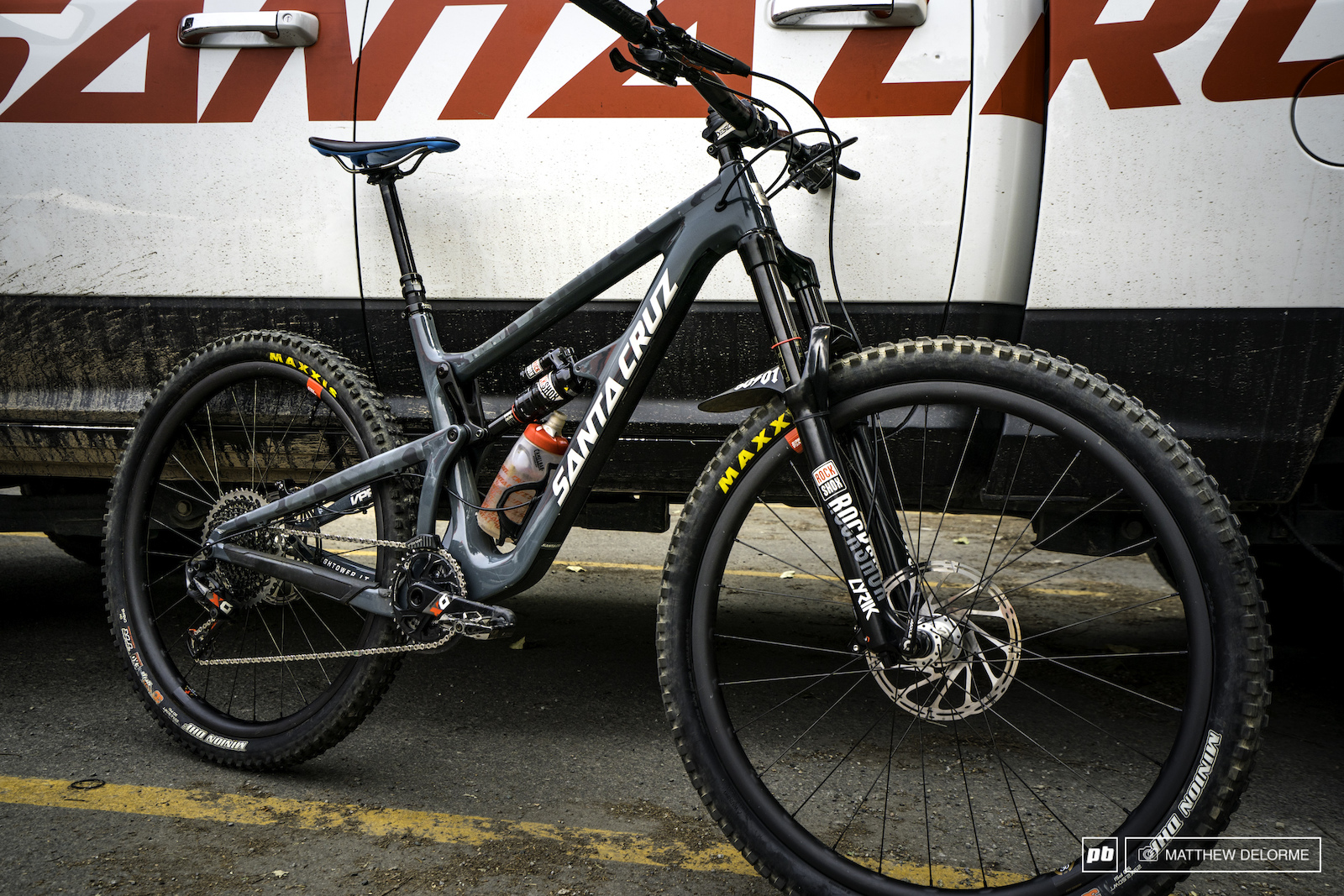 Mark Scott hails from the Edinburgh region in his namesake country. The Santa Cruz ripper transitoned from downhill racing to the Enduro World Series and never looked back. He likes tough courses and mach speeds, so the Whistler Crankworx EWS should be as perfect a race as the Scottish lad could wish for. PB photographer caught up with mark in the pits for a pre-practice bike check of his Santa Cruz Hightower LT and a conversation about how he plans to keep it in one piece come race day. 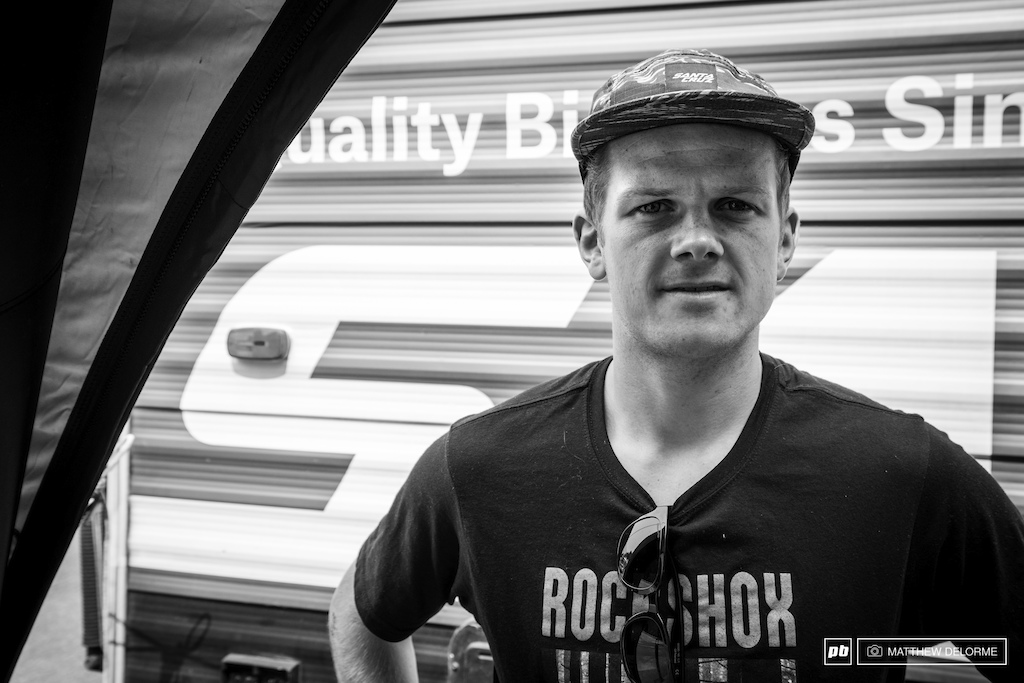 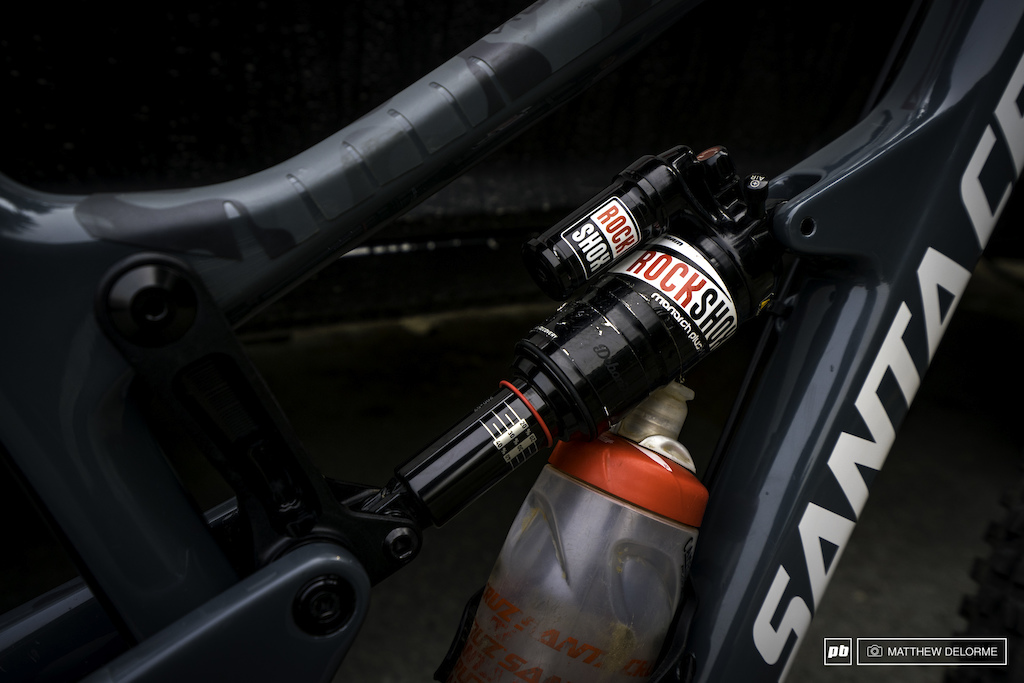 So, you’re going to be on a Hightower LT. You’ve been on a 29er all season, right?

Any special tires for Whistler?

So, you are sponsored by RockShox, right? Any custom tuning?

Scott: Yeah, I have the new Charger damper in the Lyrik fork and there's a Monarch Plus in the rear—I just ramp it up with a load of tokens for these faster tracks. There's maybe five or six in there.

That's a monster chainring for Whistler, Any other components we should know about?

Scott: It's a 36. Yeah—the biggest one I can find. Brakes are the new SRAM Code RSCs with 200-mm rotors. My bars are Descendants, cut to 760 millimeters.

How are those new wheels working out?


Scott: Yeah, the new Santa Cruz wheels. They’re sweet. We have the 30s on now. We had the 27-millimeter ones, then we got a hold of these. They’re 30-millimeters wide and they work really well with the bigger tires.

Anything special that you will change on the bike for Whistler? 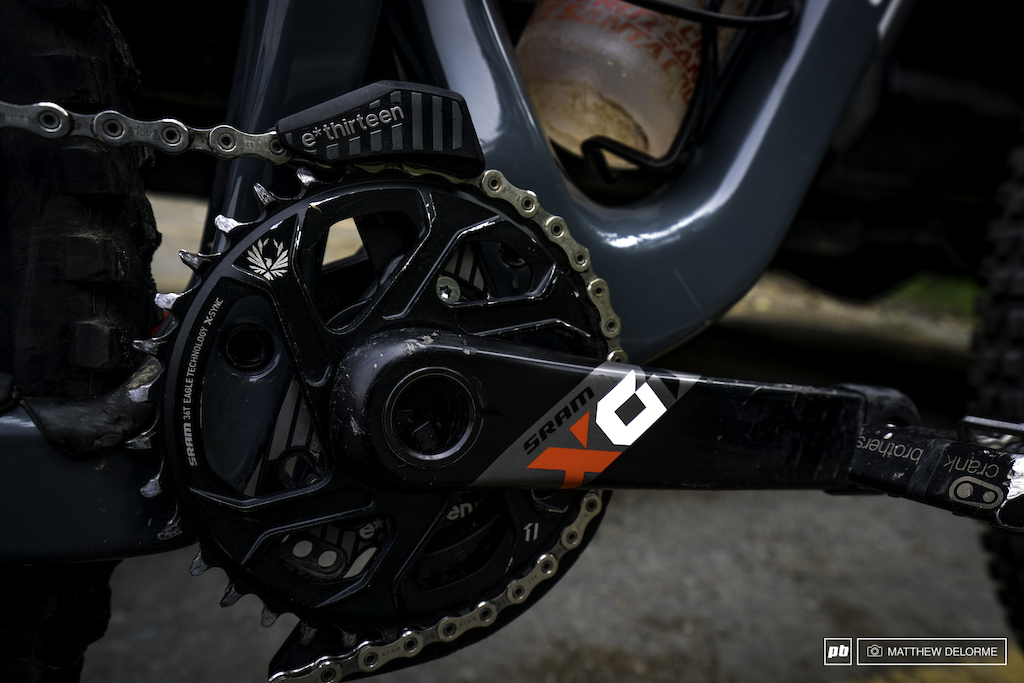 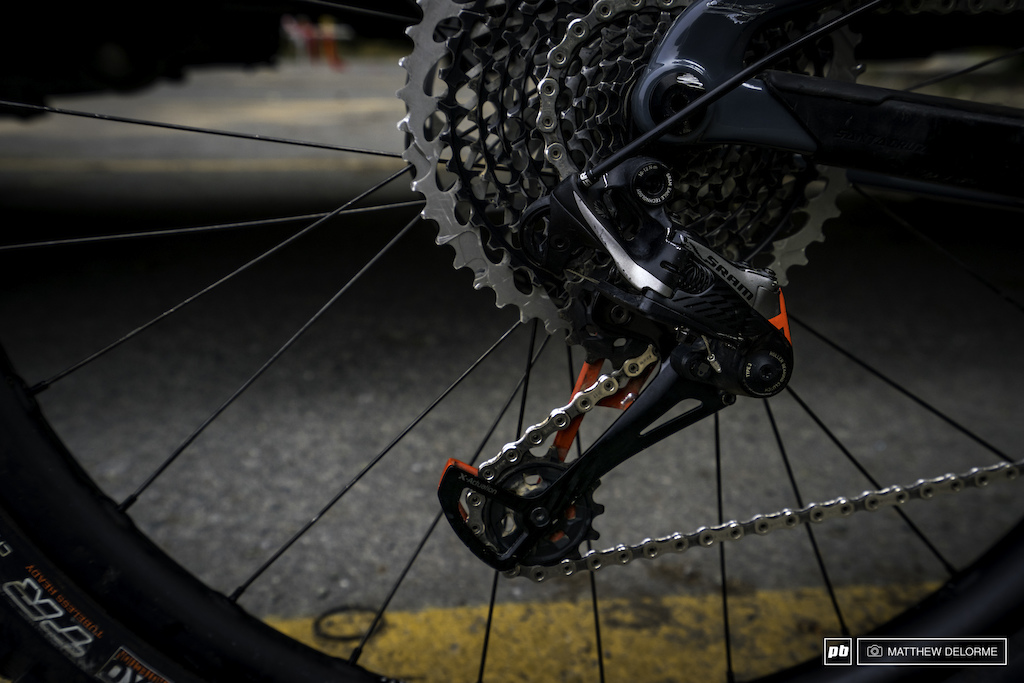 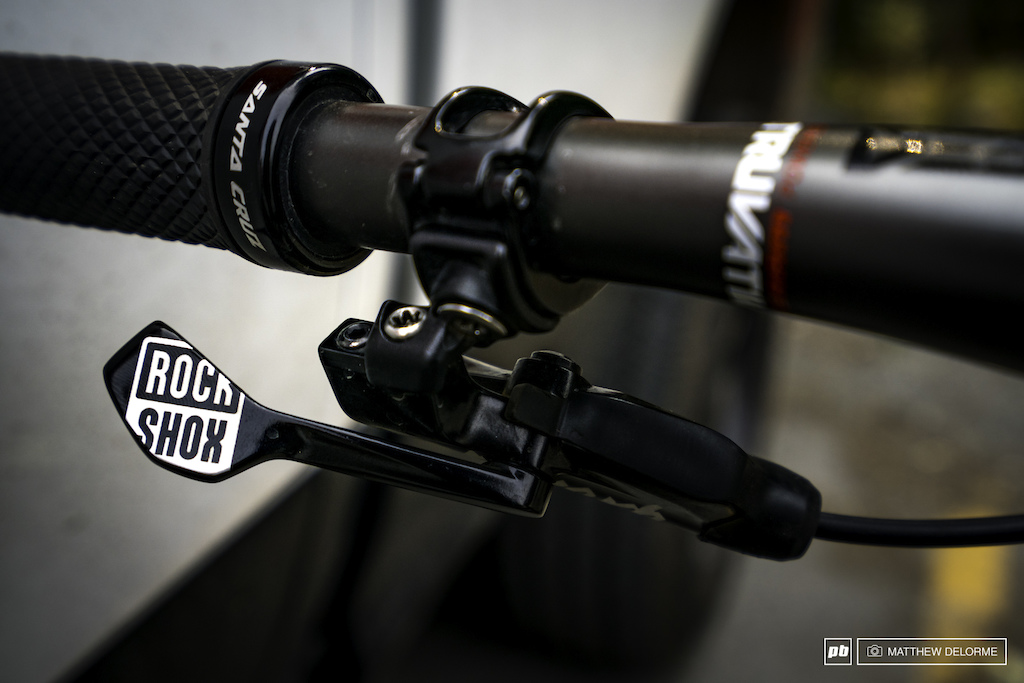 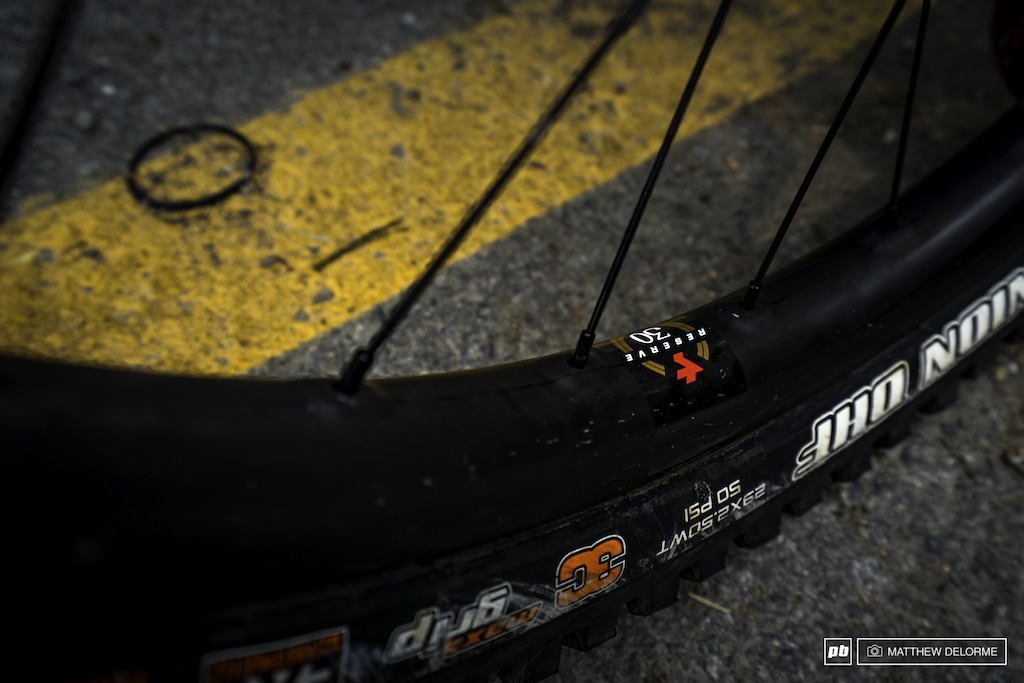 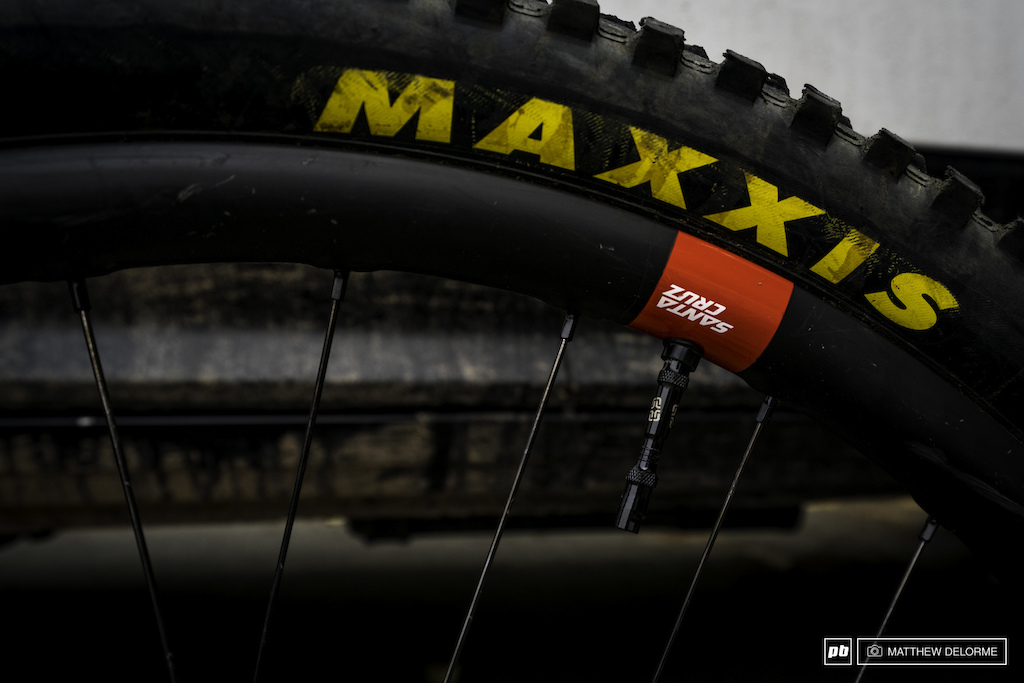 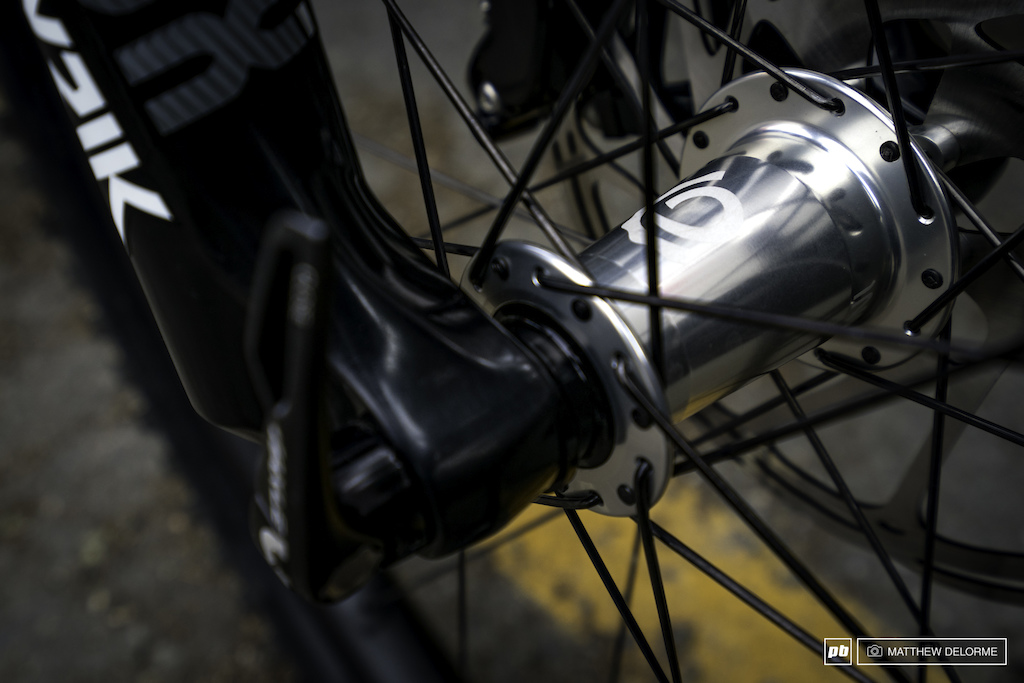 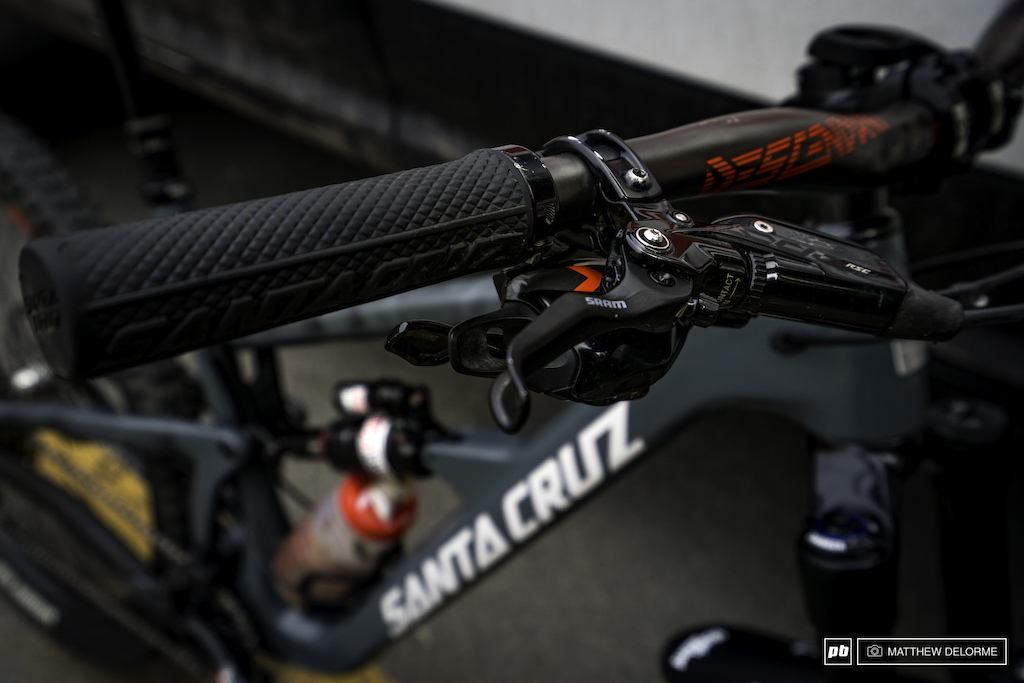 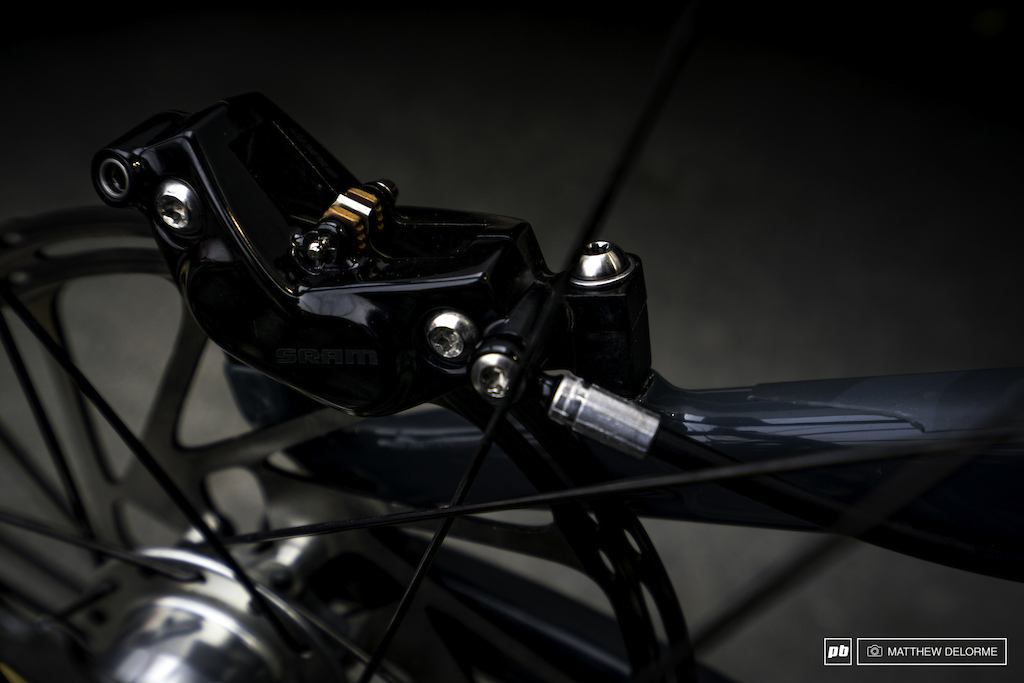 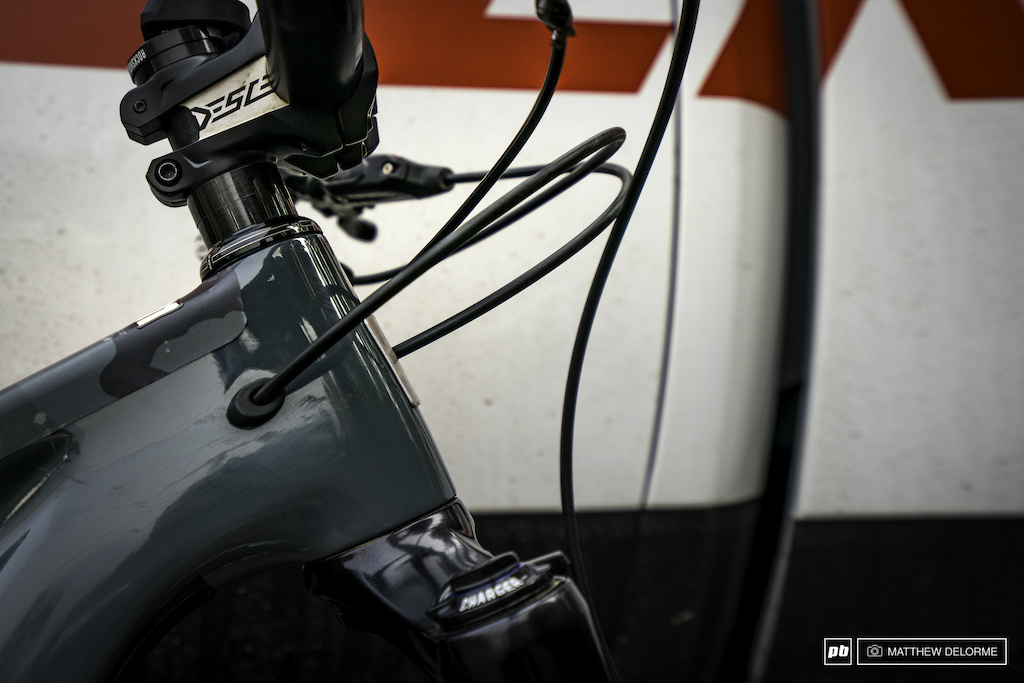 As if 29ers didn't have tall enough handlebars already, Mark adds 25mm of spacers under the stem. 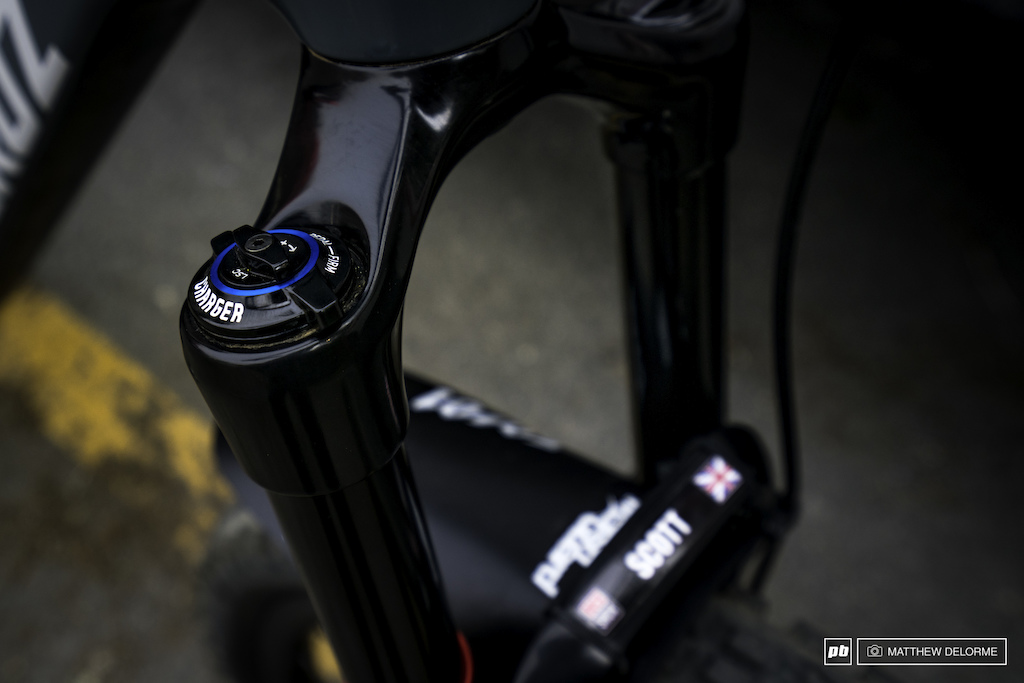 RockShox Lyrik fork with a Charger damper and "many" Tokens. 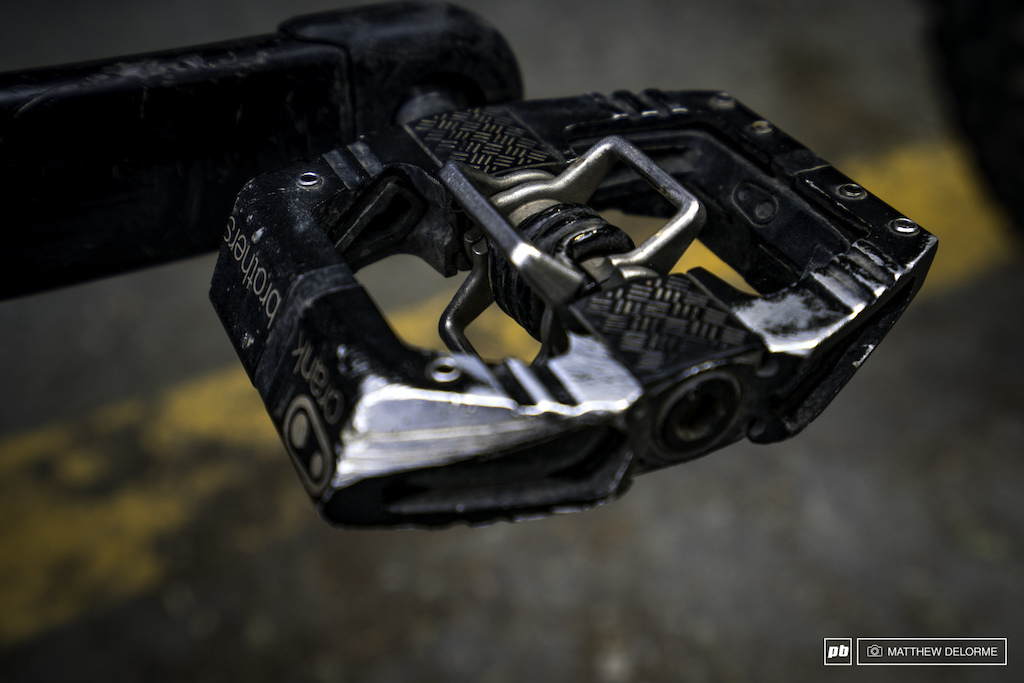 Aaaaand, the most popular pedals on the EWS.

Scott: No, other than it’s set up for going like f**k.

WAKIdesigns (Aug 10, 2017 at 22:54)
Once you are enticed to ride Eagle by your sponsor, you have to compensate with the chainring size... If Graves was riding for Sram and got Eagle on, he'd be probably using 42t up front...

DMal (Aug 11, 2017 at 7:08)
@Uuno: Whistler has some pretty sustained steep climbs in the transitions between stages. I'm pretty sure most riders will be using the lowest gear they have.

fussylou (Aug 11, 2017 at 7:22)
@sourmix: doubt it, to rough. Probably for better chain line when he is peddling in the faster midrange gears.

sourmix (Aug 11, 2017 at 8:35)
@fracasnoxteam: yes and thanks for that, was not intending to sound negative towards you just trying to figure out the logic of these gearing ratios.

I am fairly certain no one needs bigger than 36/10 on 29 for anything. Very few ever use it I am sure. Judging by the XC field at Mont Saint Anne, some of the riders should have lower gearing on those climbs they slip out on anyways.

DavidGuerra (Oct 24, 2017 at 13:22)
If 30km/h is warp speed, then yes... A 36t chainring with a 10t cog and 29" wheels is 1.5% lighter than a 44t chainring with a 11t cog and 26" wheels. So, almost exactly the same (you can do these calculations at the "bike gears calculator" website). A triple chainring with 22-32-44 was the standard for a very long time during the reign of the 26" wheel. Where I live the trails are rather open, but I sure used that top gear a lot, even for mild climbs. So if I got a 29" bike with Eagle, I would like a 36t chainring as well, since it would give me back that top gear, the lack of which was the reason for me holding back from 1x transmissions for so long...

mtb-journal (Aug 11, 2017 at 2:32)
Why is there a frame protection foil on the top tube? Against sweat? Water ballon attacks (Death from Above, Simpsons)?
Just wondering, maybe I should do that, too?

mtb-journal (Aug 10, 2017 at 23:15)
Funny how Marco Osborne beefed up his Cannondale Jekyll for Whistler compared to Scott's Hightower. It's like they are not planning to run the same course. The Hightower looks like it would suit a smoother course.

JDUBKC (Aug 11, 2017 at 10:51)
What happened to the Camo frame protector next to the upper shock mount? Full bike pic vs. RS Monarch Pic. I love these find the difference games

christillott (Aug 10, 2017 at 22:39)
@RGonz: thank you bud, a cassette that big and a chainring that big should be easy work for a professional athlete

mollow (Aug 11, 2017 at 16:14)
@endlessblockades: do you realize we were having this whole conversation because of you whining about it in your first comment?