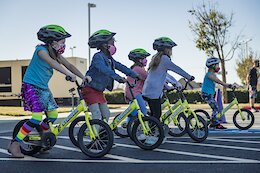 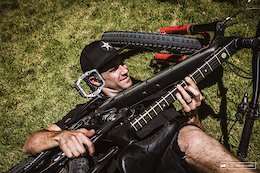 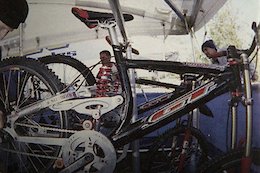 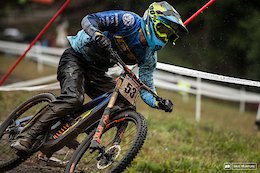 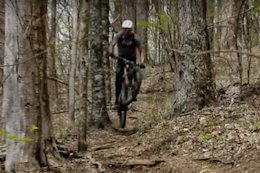 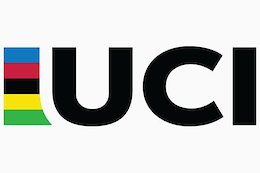 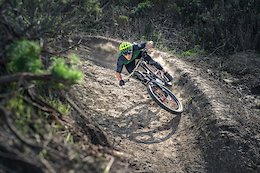 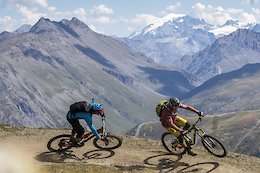 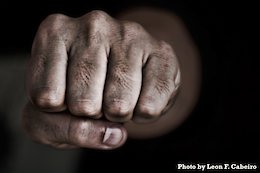 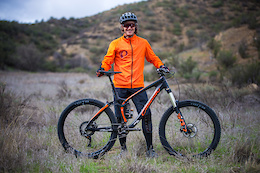 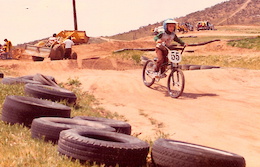 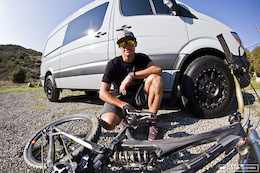 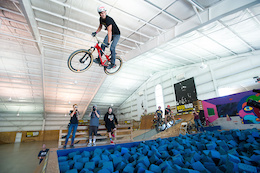 Video: Brian Lopes' All Star Weekend at Woodward West
There's nothing like taking a bunch of grown up kids to Woodward West for a shred-fest of a weekend.
Read More | 43 Comments
Stories Brian Lopes
GoPro    Aug 14, 2015 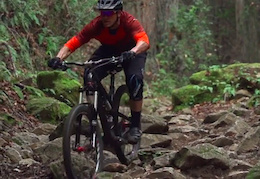 Brian Lopes Gets A New Ride
It's official - Flyin' Brian saddles up in 2014 for what promises to be some all time riding. All press releases should look like this.
Read More | 169 Comments
Press Releases Brian Lopes
Tyler Maine    Mar 14, 2014

Brian Lopes And Ibis Cycles Part Ways
This has been a great relationship with many wins for all involved and we wish Brian and Ibis more successes in their respected futures.
Read More | 120 Comments
Industry News Brian Lopes
Tyler Maine    Aug 14, 2013 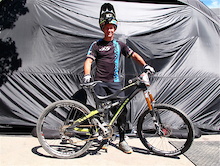 GoPro HD: 2012 Crankworx Jeep Air DH with Brian Lopes
Check out how fast you need to be going on Aline to win this event multiple times like Brian Lopes has done in the past and is looking to get back up there on that top spot later today.
Read More | 132 Comments
Crankworx Brian Lopes
Nic Genovese    May 10, 2012 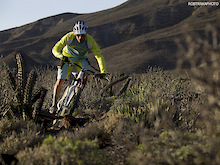 Brian Lopes is now working as a mechanic!
Brian Lopes was helping out around the Marzocchi tent and even went so far as to do some fork servicing for one lucky rider.
Read More | 61 Comments
Brian Lopes Sea Otter
Richard Cunningham    Apr 6, 2011 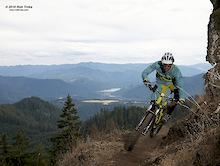 Brian Lopes Enters World's Toughest XC Race
We just launched our BCBR contest this week and have just found out that Brian Lopes will be joining the event this year.
Read More | 26 Comments
Press Releases BC Bike Race Brian Lopes
Fraser Britton    May 5, 2010

Pro Pasts - Brian Lopes
The saying goes that champions aren't born, they are bred. In the case of Brian Lopes, it was the support of his parents and raw, unadulterated determination that turned this small kid from Mission Viejo, California into a Champion BMXer and one of the most legendary gravity mountain bikers of all time.

Brian Lopes on Edge for 2010
Brian Lopes To Ride On Edge Composites Wheels And Components!

Brian Lopes finds his home in the MTB Hall Of Fame
Four time World Champion and Laguna Beach resident Brian Lopes got the news this past wednesday about his induction into the Mountain Bike Hall of Fame. Lopes is to be inducted under the "Race History" category this coming Sept. 24 in Las Vegas , Nevada during the Interbike Show. The ceremony is open to all Interbike attendees and the public
Read More | 17 Comments
Press Releases Brian Lopes
Tyler Maine    :: from Paula LopesSep 8, 2007

Lopes 55 GT production model - released in 2007!
It is with great excitement that we announce the release of the Lopes 55 GT MTB special edition race bike.

The Lopes 55 GT will definitely get you some bragging rights; with a custom designed paint job, a special edition Lopes 4X Marzocchi fork & ODI grips that aren’t available to the public any where else.

This production model version of Lopes’ race bike is based on a GT Zaskar frame, designed with Brian’ 4X geometry. The Lopes 55 will first hit the European market on Dec./Jan. followed by its US debut in Jan./February of 2007.
Read More | 9 Comments
Brian Lopes
Tyler Maine    :: from Paula LopesMay 28, 2006 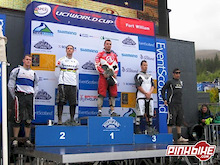 Lopes finishes second at Fort Williams
Lopes came back to race the 4X after a rough tumble at the first world cup held in Vigo, Spain 2 weeks earlier. He was ready to put on a good race for the hundreds of UK fans that stood in the rain to support the riders. Lopes went on to advance all his heats despite the rainy and cold weather, meeting up with Prokop (Author/Czech Rep.), Kovarik (Intense/Aus.) & Deldycke (France) in the finals. Prokop got out of the gate first Lopes nipped at his heels, then Lopes dove to the outside to gain speed...Prokop guarded his lead as Lopes closed the gap....but it was not enough to catch Prokop.
Read More
Brian Lopes
Tyler Maine    :: from Paula LopesFeb 8, 2006 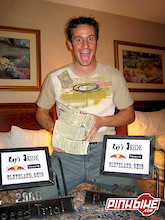 Lopes wins two out of the three...and lands 2nd Overall
CLEVELAND, OHIO -At the inaugural Ray's 3Ride event held at Ray's indoor Mountain Bike Parks in Cleveland, Ohio. Lopes competed among the best Dirt Jumpers and Racers in the 3 set events, finishing 1st in both the Speed Trail and the Pump Track contests. The 3rd event, the Jump Competition, was won by Jaime Goldman. Lopes took a 2nd place in the overall, the 1st place was won by Greg Watts
Read More
Brian Lopes
Tyler Maine    :: from Paula LopesJan 24, 2006

Lopes signs with Hayes Brakes & Sun Ringle…
With a successful 2005 race year under his belt Lopes looks to Hayes Brakes and Sun Ringle hubs to help him conquer 2006 and 2007. Yep Brian Lopes has signed on for another two seasons with what is already a winning combination for him and his sponsor.

Lopes signs with Kenda tires…
After a great 6-year relationship, Lopes has decided to part ways with MAXXIS tires in order to challenge his product development skills. Lopes has partnered with KENDA tires, this 3-year partnership will bring to consumers 2 signature Lopes tires annually and reunites Lopes with Jim Wannamaker, who he worked with during his BMX days with Mongoose.
Read More
Tires Kenda Brian Lopes