In September Tim Howell became the first person in the UK to successfully BASE jump and land a mountain bike, riding his Jamis Dakar off Clogwyn Coch near the summit of Mt Snowdon, North Wales. He had 80m of vertical drop to deploy his handheld pilot shoot before flying 250m to a smooth landing, on the bike, on the rocky shore of Llyn Du'r Arddu. Ex-Royal Marine Commando turned professional adventure athlete, Tim's main focuses are alpinism and climbing, usually ending in a BASE jump and often by wingsuit. With almost 1000 BASE jumps to his name and 500 unique exits, he's one of the most experienced BASE jumpers on the planet. Tim had had the location in mind for a while, knowing that to pull off an MTB BASE jump there's a number of specific factors to take into account beyond the usual BASE jump considerations.

Although bikes have been BASE jumped off cliffs before, it's rare for someone to land with the bike and this is the first MTB landing in the UK. Tim also believes it's the first handheld MTB BASE jump, where Tim held his pilot chute in his hand on exit and released it mid-air to deploy his main chute. Everything went incredibly smoothly and we were super stoked to see Tim come into land so effortlessly. Tim’s got bigger ideas in the pipeline and we’re looking forward to helping him achieve some of his even more ambition goals in the future. 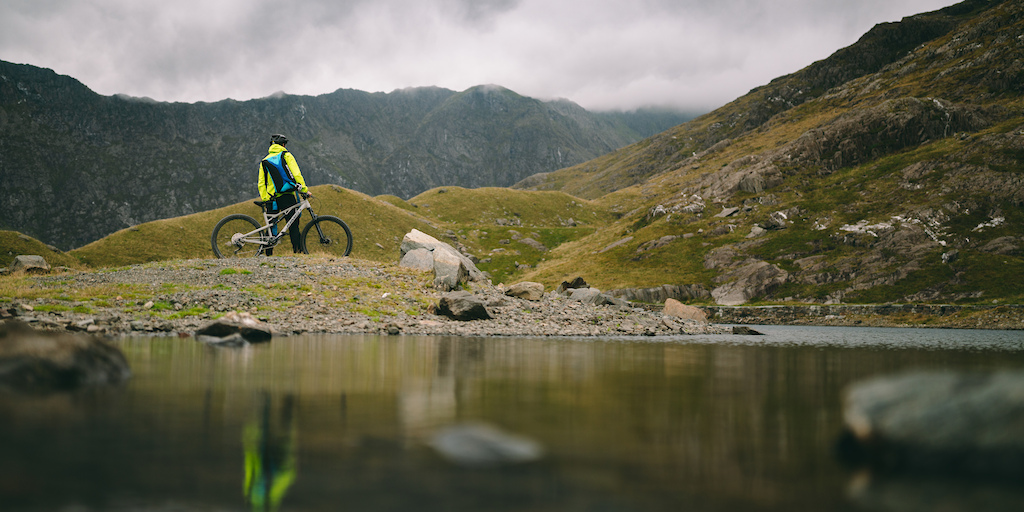 For most BASE jumps, the point of no return is the instant you launch yourself off the edge, and only lasts fractions of a second, this jump, however, was a little different. The run in of this jump was long and off camber and an attempt to stop once committed to rolling would most likely result in crashing the bike off the edge rather than exiting in control. If you pull your brakes too late, you’ll still go over the edge, just with less control and less exit speed. In this jump, it was more like 5 seconds. It might not sound like much, but we’re sure it feels like an eternity when it's you behind the bars.

The Jamis Dakar is a 120mm front and back, full suspension trail bike perfect for big days in the mountains and the majority of trail riding the UK has to offer. The MP2 suspension platform has been designed to increase torsional stiffness which helps the Dakar climb efficiently and with the trend in longer, lower, slacker and enough travel to tackle a World Cup DH track, it's good to have the option of a shorter travel, well priced bike on the market that handles as a true trail bike should. The Dakar is available now at GO Outdoors for £1,300 with your discount card.

For more info on Tim's jump, the Dakar and behind the scenes content check out the Jamis Bikes UK Instagram and to keep up to date on his latest adventures, follow Tim on Instagram. 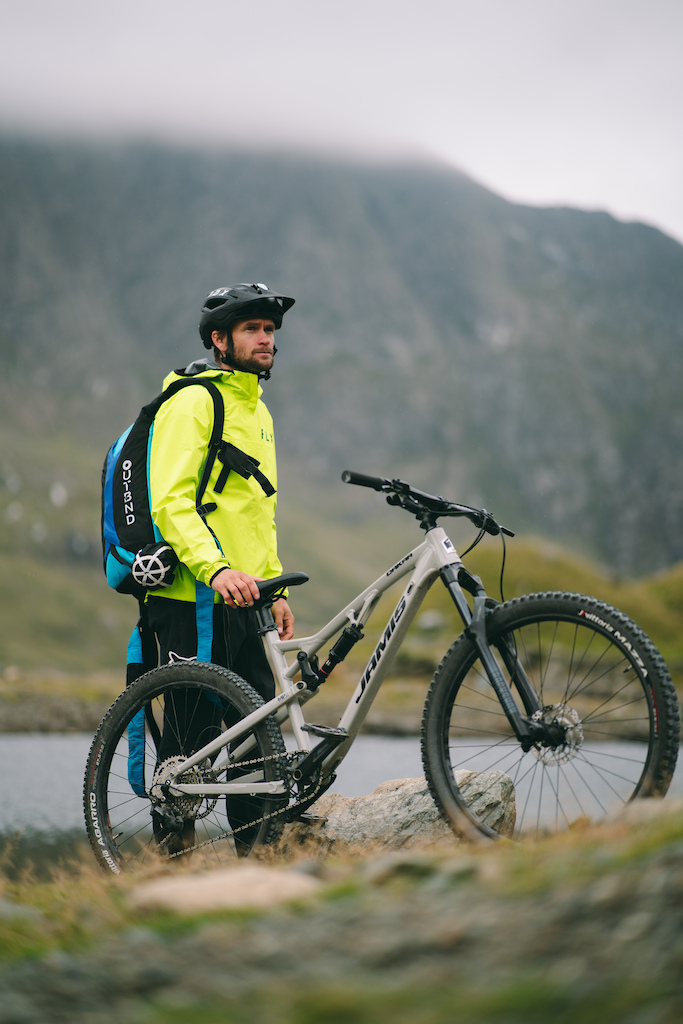 gabriel-mission9 (Oct 11, 2022 at 11:46)
Nice. I actually enjoyed this. Landing it made it much cooler than the standard "ride bike off cliff then throw it away" base jumps, which always seem a little pointless to me. Link the base jump into a track with a minute or two of normal trail riding either side and it'd be awesome, haha.

Also, respects to whoever made the video, for not making it 10 minutes long and full of endless warm up runs up to the cliff edge followed by a moody shot of the rider looking determined. More videos should be this straight to the point. 5/5

Jamis-Bikes-UK (Oct 11, 2022 at 23:54)
@gabriel-mission9: We’ve got bigger plans in the pipeline for something similar - keep your eyes on the Jamis Bikes UK page for future projects.

@jaame: Video shot and edited by @samtaylorphotos, we’ll pass on the feedback!

aljoburr (Oct 12, 2022 at 8:27)
This is cool, have known this was possible for a long time, but so good to see it done!
As would make sense having a parachute when hitting 100 foot jumps for first time?
But suppose it is all about having the experience to do it safely in any case?

iammarkstewart (Oct 11, 2022 at 23:36)
I enjoyed the one-hander chute throw to no-handler landing approach and that the most experienced base jumper on the planet laughed his head off after the landing. Great stuff!

ira4ever76 (Oct 11, 2022 at 11:00)
not sure how the chain stays didn't snap at the welds upon landing as they did multiple times on my Jamis Dakar from over a decade ago.

Jamis-Bikes-UK (Oct 11, 2022 at 23:55)
There was a crew at the bottom with fist bumps waiting but we cut the video to just show Tim’s initial reaction

spicysparkes (Oct 11, 2022 at 19:21)
I think the craziest part is the marketing material suggesting 120mm is enough travel for a world cup dh track

rider001 (Oct 12, 2022 at 9:26)
Truth hurts more than going in. Just the people you leave behind will feel pain. RIP Potter, Stanley and Bongard. Climbing couldn’t kill them, BASE had no problem. Talk to Stanley’s kid about cool it is to grow up never knowing your dad. Jamis approves.

Jamis-Bikes-UK (Oct 11, 2022 at 11:03)
Tim always rode flats and wanted the option of totally bailing the bike if needed so only having one point of attachment made the most sense

Cutty-professor (Oct 13, 2022 at 2:58)
BASE jumping has so many factors that can go wrong and all of them get you killed.he made this look really easy.

overconfident (Oct 11, 2022 at 12:45)
That's a really high danger-to-impressiveness ratio British to the core

rider001 (Oct 11, 2022 at 13:10)
RIP Potter, Leary, Bongard. Ammon lucked out, just a paraplegic. Something is wrong when the best climbers are dying by BASE. Tim, you’re a rad motherf*cker. You don’t need to do anything else to prove it, and fukc Jamis.